Last week, a new trailer dropped for “The Circle,” a forthcoming science-fiction thriller (release date: April 28) about the perils of digital privacy destruction.

A shorter trailer came out back in December, but for those who haven’t read the David Eggers novel (find a summary of the book, likely including major movie spoilers, here) that provides the film’s source material, it didn’t offer nearly as much insight into the central questions the movie asks about the value of privacy as weighed against other goods, like knowledge, health, and security.

They appear to be heavy — and necessary — questions indeed.

What is particularly intriguing to me is the way “The Circle” forces us to think about government and corporate violations of privacy at once. (Minor, book-based spoilers that go beyond the trailer content ahead.)

The titular Circle is an omnipresent social media company, like Google or Facebook on a light dose of steroids. After Emma Watson’s character gets a job there, the company debuts a tiny camera capable of recording and livestreaming literally everything you do. In the book, the cameras are worn by politicians as an accountability measure, like a police body camera but with far more extensive monitoring power. This seems like a decent idea — but it doesn’t stop there.

Watson’s character begins wearing the camera too, streaming her entire life for the whole world to see. It’s “The Truman Show,” if Truman were in on it.

At the urging of a creepily cheery Tom Hanks, she also drinks a big gulp of The Circle’s anti-privacy Kool-Aid, spouting Orwellian slogans like “secrets are lies,” “sharing is caring” and “privacy is theft.”

At one point, John Boyega’s character warns her that widespread acceptance of this level of surveillance will lead to totalitarianism. In fact, the experience of her boyfriend — who does not want to be constantly watched but is aggressively monitored because of his connection to her — already looks like a blurring line between corporate surveillance we experience only by choice (as, for example, by choosing to create a Facebook account) and government surveillance we often cannot escape.

Civil libertarians like me tend to focus on the government side of things, and to the extent that the corporate monitoring remains voluntary and the government spying is involuntary, I believe that emphasis is correct. Still, “The Circle” looks to be a thought-provoking examination of what happens when those distinctions become less clear. I suspect it is also a needed a call to get our legal house in order, limiting involuntary corporate surveillance before this dystopian picture of the very near future could be a reality. 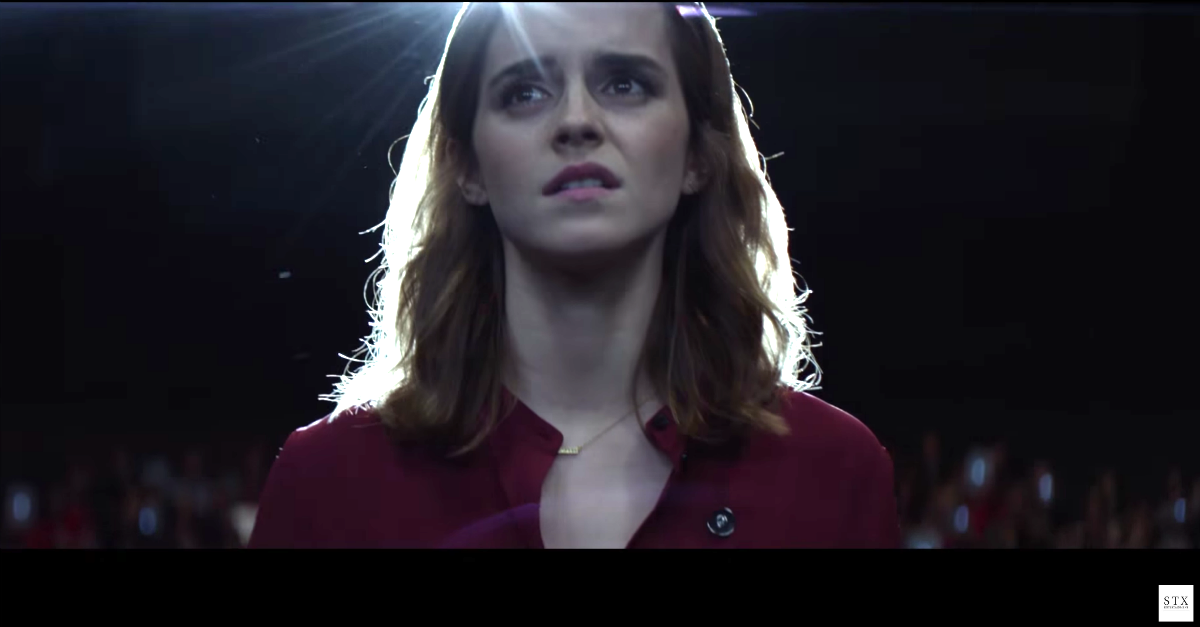