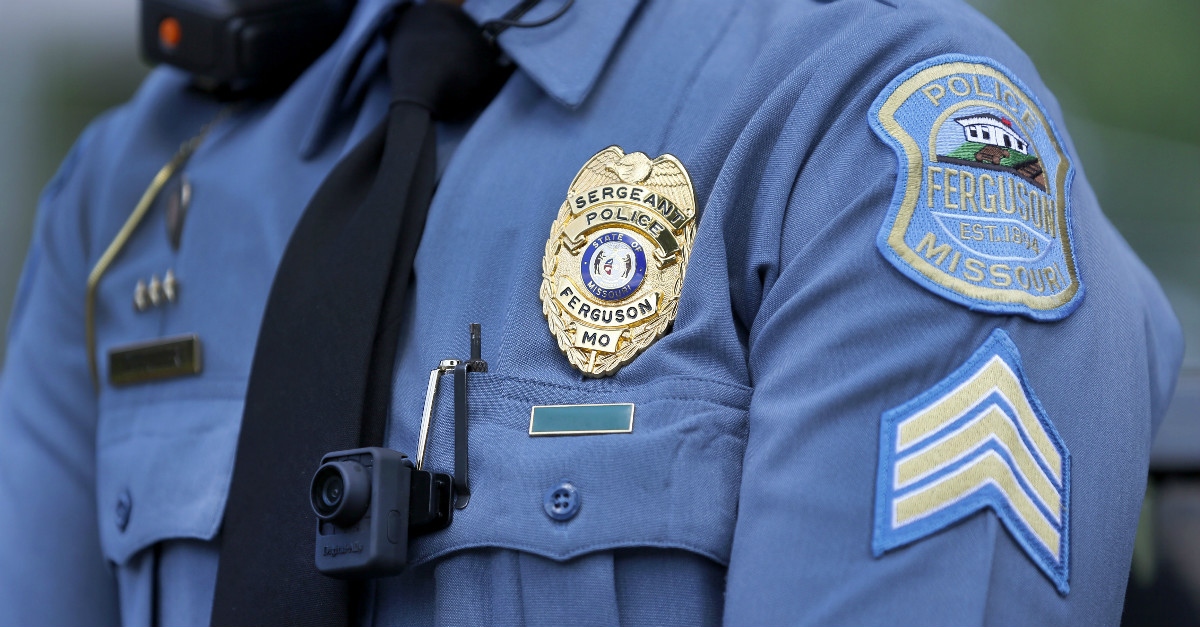 AP Photo/Jeff Roberson, File
FILE - In this July 23, 2015, photo, Ferguson police Sgt. Dominica Fuller speaks during an interview in Ferguson, Mo. As Ferguson leaders consider a lawsuit filed against the city by the U.S. Department of Justice, the town's effort at an amended agreement with DOJ acknowledged that losing the police department is a possibility. (AP Photo/Jeff Roberson, File)

New Pew poll results released today offer an in-depth look into what police officers think about the high-profile police brutality cases that have grabbed Americans’ attention over the last three years, as well as how they’ve responded to our country’s new interest in criminal justice reform.

The data offers a few hopeful points, but for the most part it presents a troubling picture of the yawning gap between what police and the public see and want.

First, some good news. Most officers are dissatisfied with local accountability measures, with only 27 percent of officers agreeing “that in their department those who consistently do a poor job are held accountable.” That’s not great for the state of policing, of course, but it is encouraging to see that many cops are apparently unhappy with this status quo.

Likewise, as Politico reports, the growing public attention to police behavior has produced a new caution in many officers about use of force and warrantless harassment of ordinary people:

Seventy-six percent of those surveyed also say they are now more reluctant to use force when appropriate because of the attention to the incidents, while 72 percent said they are more reluctant to stop and question someone they believe seems suspicious.

The way those questions are phrased may make this sound like a negative development, but I’d suggest the opposite is true.

It’s a good thing that police are thinking about ways they can resolve escalating encounters without resorting to force, even if their department’s rules say force would be justified under those circumstances. If we’ve learned anything these past few years, it’s that too may police departments have excessively lax use of force guidelines, and moving away from force as a default response can make encounters safer for officers and regular citizens alike.

Likewise, it’s a good thing that police are less likely to stop and question people just because they “look suspicious.” That kind of policing — and in practice, it’s more “stop and frisk” than “stop and question” — has long since been demonstrated to be ineffective in lowering crime rates but very effective at making people distrust the cops. It’s also blatantly unconstitutional, violating the Fourth Amendment’s protection against unreasonable, warrantless search and seizure.

So that’s the good news. Unfortunately, the rest of Pew’s findings are much less positive. Perhaps most notably, officers’ perspective on whether major police brutality cases point to a larger problem (spoiler: they do) is the inverse of the broader public’s view. Politico explains:

Two-thirds, or 67 percent, of law enforcement officials surveyed also said they believe the deaths are isolated incidents, while 31 percent said they signal larger problems. Among the general public, those numbers are flipped: 39 percent say they are isolated events, compared to 60 percent who say they are signs of a broader problem.

Large subsets of the police population believe that “in certain areas of the city” — which, if we’re honest, is typically code for poor and minority neighborhoods — it is best to default to aggression instead of courtesy:

[A] narrow majority (56%) agree that in certain areas of the city it is more useful for an officer to be aggressive than to be courteous. And a substantial share of officers (44%) agree that some people can only be brought to reason the hard, physical way.

Courtesy should always be the default in public servants.

Furthermore, few officers are willing to assume good intentions in people who protest in favor of greater police accountability:

[T]he survey found that police officers doubt the intentions of the protesters who have led demonstrations in response to the killings. Sixty-eight percent of officers surveyed said protesters are “to a great extent” motivated by “anti-police bias,” but just 10 percent view the demonstrators as “motivated by a genuine desire to hold police accountable for their actions,” according to Pew.

That finding is perhaps the most troubling to me for two reasons. First, as we saw above, police themselves seem to understand that their departments need better accountability measures. Is it really so hard to believe that many members of the broader public would feel the same?

And second, as Rare’s Jack Hunter ably argued more than two years ago, criticizing the way law enforcement presently functions is not the same as being “anti-police.

“Criticizing overgrown and unnecessary, society-damaging bureaucracies” is not anti-cop, he wrote, any more than it’s “anti-teacher” to criticize problems in our public education system. In fact, people who take the time to protest and criticize are demonstrating just how much they care about having positive, safe, accountable policing that rightly garners community respect.