This state thinks it needs to “protect” you from butter 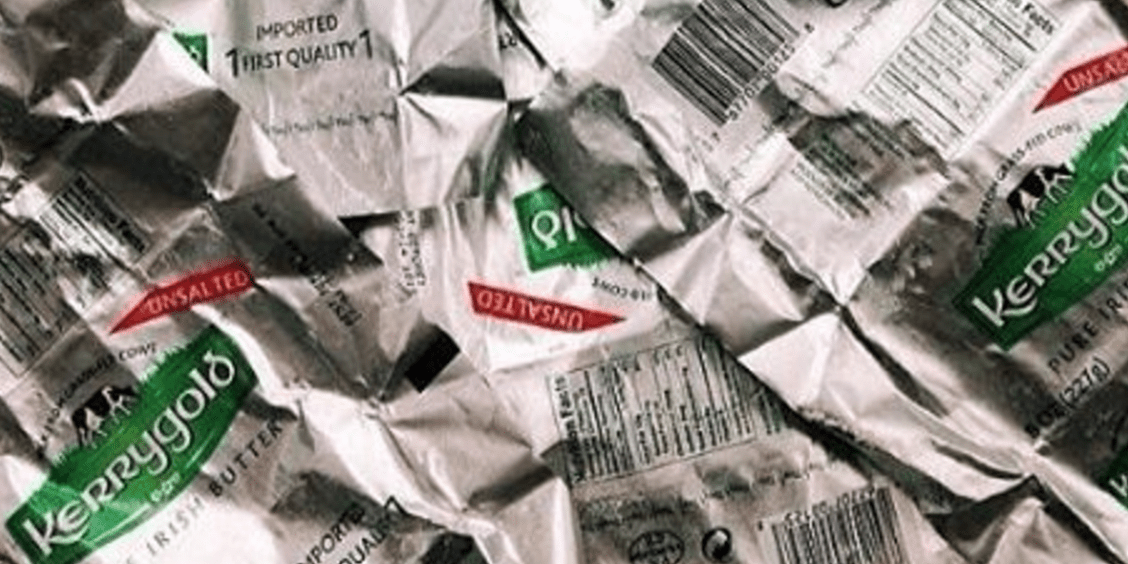 Starting my day off with butter coffee is a must. On any given day, you can open up my refrigerator and see it packed to the brim with beautiful, metallic gold, rectangular boxes, filled with rich, grass-fed Kerrygold butter just waiting to take a dip in my scalding cup of coffee.

I’m not alone in my love for this fatty beverage. “Bulletproof coffee,” as it’s called, has become a huge dietary trend over the last few years. But for Wisconsin residents who share my love of rich, full-fat, buttery caffeine, buying Kerrygold grass-fed butter within state lines just became a difficult and illegal act.

All Butter Is Not Created Equal

Bulletproof coffee is made by blending medium-chain triglyceride oil—a more concentrated form of coconut oil—and butter together with your morning coffee in order to form a thicker beverage whose consistency is similar to that of a frothy cafe latte.

For fans of this decadent and highly potent coffee, grass-fed butter is absolutely essential since it contains optimal levels of healthy fat.

RELATED: If we want a smaller government, we need to learn to take care of our communities

Grass-fed butter is not as common in America as it is in Europe, making it harder to come by in the states. Kerrygold, the Irish brand of grass-fed butter, has been a staple in the high fat diet community as it can be purchased almost anywhere from health food grocers like Whole Foods, to your local neighborhood grocery chain.

However, thanks to an archaic state law, Kerrygold Irish Butter is being ripped from the shelves of Wisconsin grocery stores, and consumers are not happy about it.

In 1970, a law was passed which required that all butter intended for commercial purposes within Wisconsin first be put before a panel of “experts” responsible for grading the product based on a set of state standards. This law, which had largely been forgotten or at least ignored for decades, has now become an issue once again thanks to the rise of high fat diets.

For those who subscribe to high fat lifestyles such as the Paleo, Primal Blueprint, or Ketogenic diets, butter usage is strongly encouraged, so long as that butter is grass-fed. This has caused market demand for grass-fed butter to skyrocket over the last several years, alarming Wisconsin food bureaucrats who cannot stand to see a rule being broken, no matter how arbitrary it may be.

Since Kerrygold is based in Ireland, its products do not go through the same regulatory processes as American products. Without an official American-issued quality grade, the nanny state of Wisconsin is refusing to allow this butter to be sold on its grocery store shelves, despite overwhelming consumer demand.

Now, Kerrygold butter is being pulled from shelves and store owners are being threatened with hefty fines and even jail time if they fail to comply with these state regulations.

Jean Smith, a Wisconsin resident and fan of both bulletproof coffee and tea, has been one of the most outspoken voices on this matter. Commenting on the situation to a local news outlet, Smith said, “I want to please ask whoever it is that’s preventing me from getting butter in our stores here to stop it, to stop it.”

Smith, whose devotion to her morning caffeine ritual is unwavering, has now been forced to make frequent trips across state lines to Nebraska, where she brings a suitcase with her in order to stock up on grass-fed butter.

“I just think it’s a little goofy that this exists and I can get it in any other state that I travel in and I’m hauling Kerrygold back in my suitcase and my coolers,” Smith said.

Do you Kerrygold your coffee? How do you make your #BulletproofCoffee in the mornings? #KerrygoldCoffee

Wisconsin apparently takes its role as the “butter police” very seriously. The regulatory process that explains how butter is to be inspected and assessed before making it onto store shelves is several pages long and includes 32 “quality points” that each butter specimen must meet before gaining state approval.

Anyone caught bypassing this process is subject to a $1,000 fine and up to six months of jail time.

Given the popularity of Kerrygold’s products, consumers were obviously unconcerned with the quality of their butter. But like many government-protected industries, the U.S. dairy industry does not appear to be a fan of foreign competition and is making it difficult for Kerrygold products to get into the hands of consumers.

In Wisconsin, a state known for dairy products and especially cheeses, the dairy industry has a great deal of pull with local legislators. This pushback against foreign butter is just another example of state and private entities coming together to form a more cronyist union. Rather than allowing free and open market competition, the government is protecting an American industry from having to innovate and compete with foreign markets.

Kerrygold, which was completely ignorant about its lawbreaking, is currently working with the state in order to put its butter back on market shelves, but it is is going to be a grueling process as Wisconsin is the only state that has these strict regulations. The company must now alter its entire quality assurance process in order to appease the state and prevent the dairy industry from throwing a childish temper tantrum.

About the author: Brittany Hunter
Brittany Hunter is a freelance writer living in Alexandria, Virginia. Follow her on Twitter @Britt_the_wit
View More Articles