Where is the money going to come from for Ivanka’s family leave proposal? 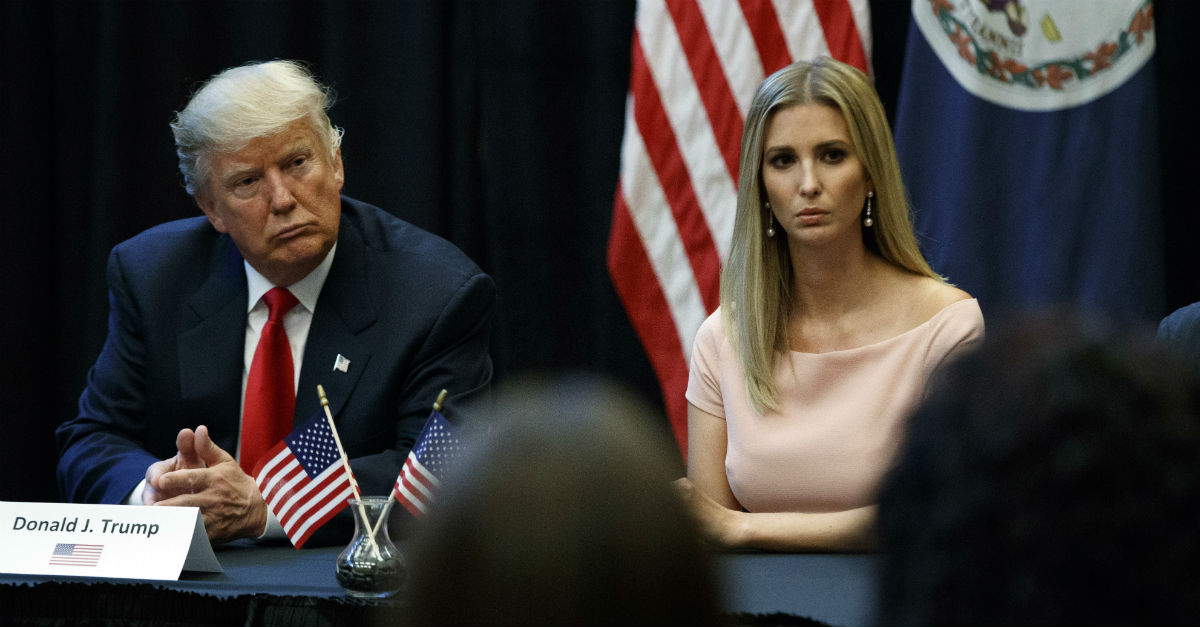 While it is well known that Donald Trump is not your average Republican, the president?s upcoming budget reportedly contains a program that far more Democrats than Republicans have supported: Paid family leave.

The president?s daughter and adviser, Ivanka Trump, is supposed to play a central role in creating and implementing this new policy.

The family leave proposal was first outlined during the presidential campaign, when Trump called for giving six weeks paid maternity leave for all women. At the time, Trump said this could be paid for by cracking down on unemployment fraud.

Now, the program is set to be expanded to include more workers after it was criticized for not being expansive enough. From the Washington Post:

The president?s first detailed budget request on Tuesday will seek funds for the creation of a program to grant mothers and fathers six weeks of paid leave after the birth or adoption of a child, two senior White House budget office officials said.

Under the newest proposal, fathers and adoptive parents would also qualify for the financial relief, which would be paid through the country?s unemployment insurance system.

The program is expected to cost about $25 billion over 10 years, and will benefit about 1.3 million people, the White House officials said.

The program will not have an income limit, but high earners would see their benefit capped, the officials said.

There is nothing wrong with a paid leave program in theory. It could potentially even encourage families to have more children. Given that America?s birth rate has fallen to dangerously low levels, any policy that would make it easier to have children should be explored.

The problem with this paid leave plan is how are we going to pay for it? Trump?s budget is expected to call for defense spending increases, funding for a wall on the border with Mexico, more Border Patrol agents, cut taxes sharply, and no cuts to entitlement programs like Medicare and Social Security. Even with sharp reductions to non-defense discretionary programs, the money simply won?t be there.

RELATED: Russia probe reaches the White House as an official close to the president is now a person of interest

The nation is close to $20 trillion in debt. We cannot afford to take on new programs without having a way to pay for them. If this program is truly worth having, President Trump?s budget will have either offsetting budget cuts for it or they will create a source of revenue to pay for it.

The last thing we can afford is a new entitlement program, and for that reason alone the president should shelve his paid leave proposal.