Yes, I’m a feminist, and here’s why I enjoyed “Wonder Woman” 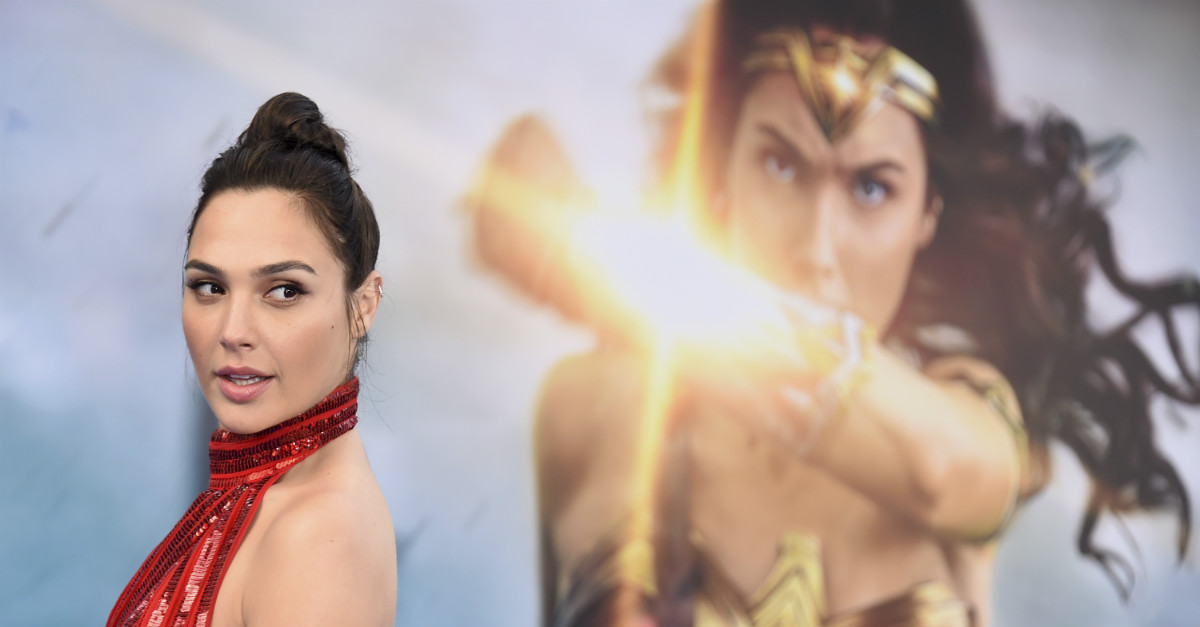 I’ll be honest: I went to see “Wonder Woman” with zero expectations. I hadn’t done much research on the movie or even seen many trailers. Actually, leading up to the movie, most of my attention was on the pre-movie dinner.

I did, however, hope that this first modern woman-centric superhero movie wasn’t going to mess it up.

I don’t get mad when a more qualified man beats a woman to some position or role or what have you. Roles should be filled with the best possible candidate, regardless of sex. I do wish more qualified woman would be recognized, though. And Wonder Woman is definitely qualified for a movie. I was also excited to see the movie was directed and written by women, at a time when women only make up about 17 percent of the Hollywood workforce in elite roles like these.

So I don’t care that Wonder Woman/Diana’s hair was always perfectly curled, even though she should’ve had hat hair. And there’s no way those trenches weren’t humid. But she’s literally a god – maybe they have god-like hair at all times. Steve Trevor’s hair wasn’t very trench-like either.

I don’t care that Diana had eyeliner. Maybe gods are born with eyeliner.

I don’t care that her facial skin was too perfect to be makeup free. Again, she’s literally a god. Gods don’t get acne.

I don’t care that her thighs were probably photoshopped to look thinner – if we wanted the film to be physically accurate, she wouldn’t be able to flip tanks even if she did have thicker thighs. Plus there’s that whole god thing.

I don’t care that she wore heels the entire time. They looked very supportive, and are probably better weapons for spin kicks than sneakers. And maybe she just likes wearing heels. Maybe they make her feel powerful. They have that effect on me.

I do care about how Diana managed to walk that thin, thin line between literally being a weapon, and having empathy.

I care that she was moved to tears when she heard about the suffering of millions of people she’d never even met, and then took that sorrow and turned it into motivation to save the rest.

I care that she was willing to sacrifice her own future life of peace among her family to save strangers.

I care that she threw savage shade at the old men trying to tell her how to live her life while they stayed behind desks, deciding the fates of others, and greasing their mustaches. They probably spent more time on their hair than she did.

I care that she had a clear, devoted sense of duty but wasn’t blind to things outside that duty, and that she knew that being on a mission meant helping those along the way as well.

I care that she could literally be walking to fight on the front lines of the worst war the world had ever seen, in a world she’d never been in, yet stop to see a baby.

There’s an idea in our culture that you have to sacrifice strength for empathy, but the opposite is true. Empathy makes you stronger.

So yes, you can be a strong, powerful woman while wearing heels and an evening gown.

Yes, you can be moved to tears by the suffering of others without giving up any strength.

And yes, you can stop to smile at an adorable baby on the street even while you are heading out on your mission to save the people you love. Even if you’re just going to the office and not a literal war.

Free to Save the World As You

I left the movie feeling pretty pumped up. Turns out that was a good thing, because a sketchy thing happened as I got home. Thanks to my movie-inspired energy, I was more alert than usual, and saw it developing before I was in any danger.

The world isn’t a terribly great place. Steve Trevor was right when he said there’s good and bad in everyone, that we can’t just find one person to blame for all the bad things. Even though that would be very, very convenient and very, very flattering to the rest of us. Sketchy things – and outright evil things – will continue to happen until the end of time. But that doesn’t mean it has to stay as bad as it is.

When we’re free to do what we truly think is good, right, and just, and are held back neither by groups nor individuals, with or without curling mustaches, then we can make the world a better place than it is.

RELATED: This high school senior’s ridiculous suspension over a shirt can teach us an important lesson about politics

When we feel free to pursue the good, right, and just as we are – whether that’s a mustache-curling old man behind a desk, a young man in the thick of the issue, an older woman overseeing operations from behind a desk, a young woman in heels with a mission, or whatever you are – then we can uniquely improve the world.

We all have our own way of making the world better, and our own ways shape the ends, and we can’t do it with restrictions on our freedom or on who we are.

So the next time I stop to gush over a puppy, while wearing heels, while on my way to work as one of the few women in the economic nonprofit world, do not accuse me of faking femininity, giving into patriarchal society, or giving up my liberated woman strength. I will call Wonder Woman down upon your head, eyeliner and all. This is who I am, and I am trying to use it all for the good. Just like you.