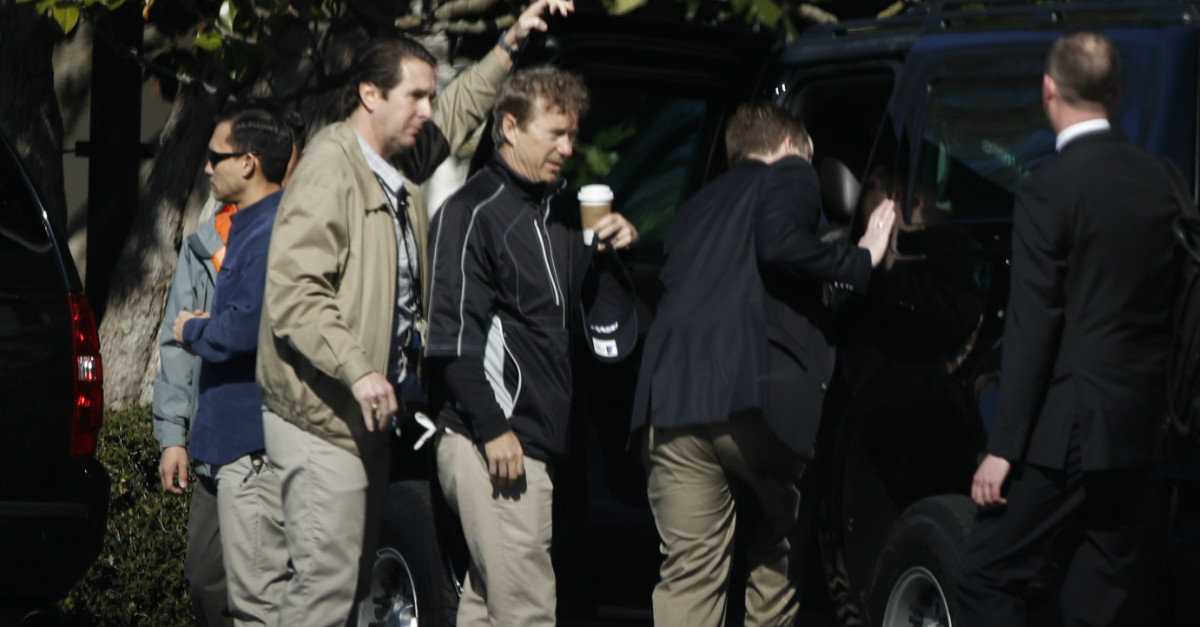 Sen. Rand Paul was one of the most outspoken opponents of the failed Republican plan to repeal and replace Obamacare last month. The legislation was strongly supported by President Trump, who lashed out last week at the House Freedom Caucus for being instrumental in the American Health Care Act’s demise.

On Sunday, President Trump invited Sen. Paul for a round of golf to discuss healthcare.

Joined by Budget Director Mick Mulvaney, who is also a longtime friend and ally of Paul, the three men took a presidential motorcade to the Trump National Golf Club in Potomac Falls, Va., on Sunday. A White House spokeswoman said they planned to discuss a number of topics in addition to healthcare.

Sen. Paul, who blasted the Paul Ryan-led failed plan as “Obamacare-lite,” said last week that he believes there still is a “70 percent, 75 percent chance that we still do get repeal of Obamacare.”

When Trump lashed out the House Freedom Caucus recently — including one of the most outspoken and influential co-founders of that group, Rep. Justin Amash — Paul defended the group of conservative and libertarian legislators.

“I think the Freedom Caucus is doing what is best for America. They’re very principled and honorable men,” Paul said on CNN Thursday. “I think that we’re trying to also let Republicans know if we pass something bad, if insurance rates are going up at 20 percent, 25 percent a year from now after Republicans have taken ownership of health care, that won’t be good for the party. It is also just not good for the country.”

Anybody (especially Fake News media) who thinks that Repeal & Replace of ObamaCare is dead does not know the love and strength in R Party!

Talks on Repealing and Replacing ObamaCare are, and have been, going on, and will continue until such time as a deal is hopefully struck.

Sen. Paul and Rep. Mark Sanford of South Carolina have both introduced their own Obamacare replacement plans in the Senate and House.