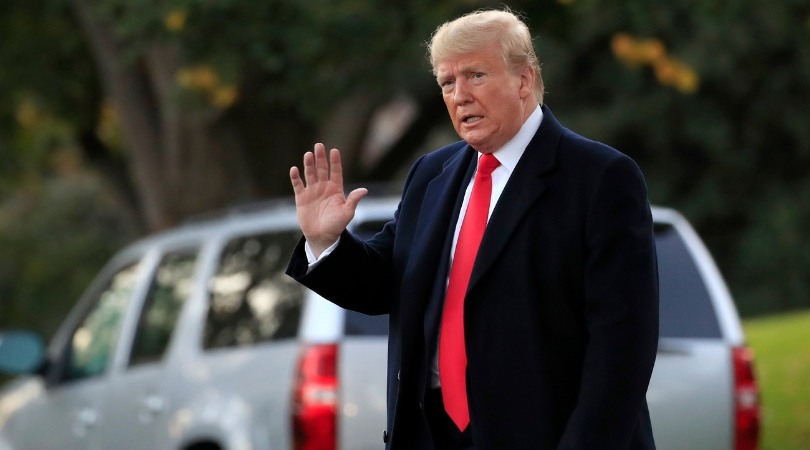 President Donald Trump is said to make history next week when he and First Lady Melania Trump attend the New York City Veterans Day Parade. This is the first time a sitting president has accepted the invitation to appear, offering tribute to veterans at the opening ceremony. United War Veterans Council Chairman Douglas McGowan, and Constellation Group founder Bill White of “Fox & Friends” made the surprise announcement, praising the commander-in-chief for his constant support of the veteran community.

McGowan stated he was proud and honored to announce that the commander-in-chief indeed accepted the invitation and will be leading the New York City Veterans Day Parade, centennial this year. He noted, “This is the first time [a sitting president has appeared]… Citizen Donald Trump in the ’80s, 90s and again in the early 2000s has been here for the veteran’s community of New York.”

White said the Republican President was “responsible for saving the parade from financial insolvency” back in the 90s when he “stepped off” and personally offered to cover the shortfall. 25 years ago, back in 1993, the parade was struggling in the financial aspects, and Trump accepted to help without asking any questions.

“He wrote an enormous check, saved the Veterans Day Parade. He was honored at the Pentagon way back then. He has been a friend to our veterans for many, many, many years… We are so grateful to our president. We have a great commander-in-chief. There’s going to be 30,000 veterans, 400 military units… and it’s our 100th anniversary.”

For 25 years, veterans have extended an open invitation to the sitting president to attend the NYC Veterans Day Parade, but President Trump is the first to commit to making an appearance. White House spokesman Judd Deere said the President will lay a wreath at the Eternal Light memorial in Madison Square Park. Both White and McGowan also credited Trump for taking interest in veterans affairs, specifically problems and corruption within America’s VA hospitals.

More than 25,000 parade participants, including active-duty military personnel, veterans, and supporters are expected to march along Fifth Avenue.