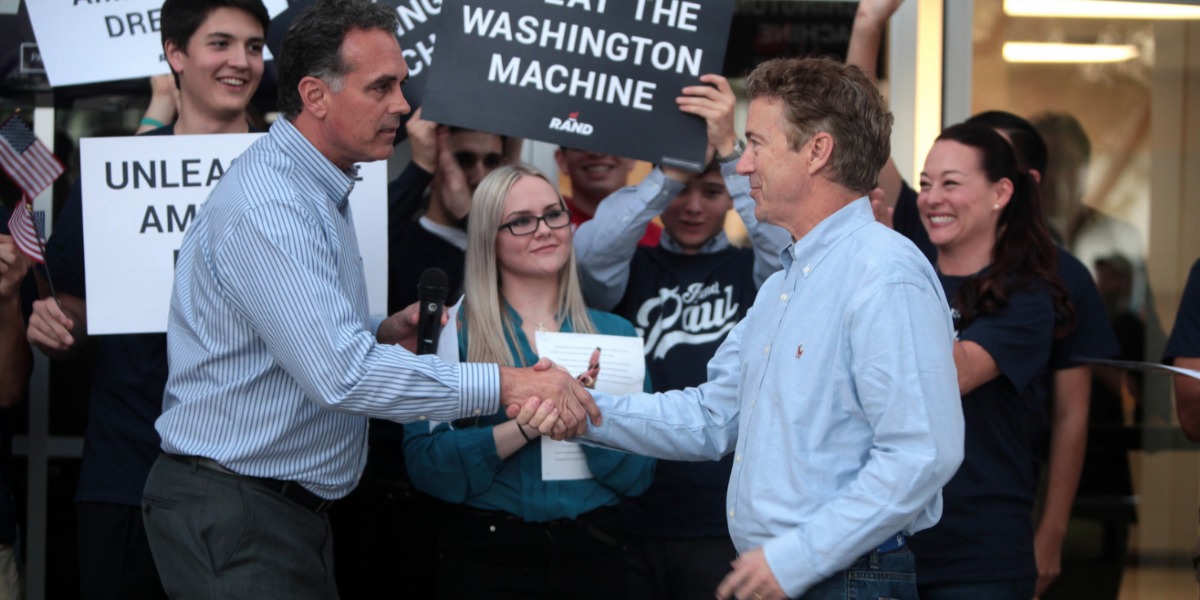 Danny Tarkanian, who was described last year by The Daily Caller as a “libertarian Republican,” announced on Tuesday that he will challenge Nevada Senator Dean Heller for the GOP nomination next year. Tarkanian, who has run for Congress twice in Nevada, previously earned the support of Sen. Rand Paul (R-Ky.).

Heller, who has often been outspoken against President Trump’s policies, is considered vulnerable according to recent polling.

“I will join Senator Lee, Senator Cruz and Senator Paul fighting for real reforms against the liberals in our party,” Tarkanian said, referring to some of the Senate?s most conservative members.

“Over the past several weeks, I have been inundated with text, emails and phone calls from people of all walks of life across the state of Nevada who are upset with Dean Heller for campaigning one way in Nevada and voting the exact opposite in Washington, D.C.,” Tarkanian said in a statement announcing his candidacy, according to the Las Vegas Review Journal.

?The refrain is the same: he turned his back on us,? he said of Heller.

Tarkanian?s campaign says he “supports the policies of President Trump to repeal Obamacare and end illegal immigration.” He also criticized Heller as a ?Never Trumper? on “Fox & Friends,” reports Politico.

?So many people have contacted me in the past few months, saying, ‘You got to run against Dean Heller,'” Tarkanian said. “They understand, like I do, that we’re never going to make America great again unless we have senators in office supporting President Trump. Dean Heller wasn’t just one of the first Never-Trumpers in the state of Nevada, he was one of the most influential. He actually helped Hillary Clinton win the state of Nevada.”

“Danny Tarkanian is a perennial candidate who has spent millions of dollars on five campaigns over the last decade,” Heller spokesman Tommy Ferraro said. “Nevada voters have rejected him every time ? including less than a year ago against Jacky Rosen. He has wasted conservatives’ time and cost the Republican Party seats up and down the ballot. If he ultimately files for U.S. Senate he will lose in the primary.”

Of the Republican Senators up for reelection in 2018, Heller is considered the most vulnerable, as he holds the sole seat in a state won by Clinton last year.

Heller has faced criticism from Republicans and President Trump for vocally opposing the Senate?s Obamacare repeal in June.

In a July meeting, Trump issued a not-so-subtle threat to Heller. ?He wants to remain a senator, doesn?t he?? the president said.

Tarkanian is the son of the legendary UNLV basketball coach Jerry Tarkanian. He is currently a successful businessman and attorney who has previously run for secretary of state, state senate and the U.S. House and Senate for Nevada.

Sen. Rand Paul congratulated Tarkanian on his primary victory in 2016.

Congratulations to my friend @DannyTarkanian on his primary victory in Nevada. NV send him to Washington in November, dose of liberty needed

Thank you Rand. I appreciate your friendship and support! #NV03 https://t.co/tKB7GYyLKW

RELATED: Rand Paul and Bernie Sanders were the only two senators to oppose new sanctions on Russia, North Korea and Iran

In his five unsuccessful runs, Tarkanian has won the Republican nomination in four times. He says this time will be different.

?Nevada deserves a senator who will keep his word and vote in Washington, D.C., the same way he campaigns here in Nevada,? he said, reports the Review Journal.

?I will continue to support President Trump?s policies that have led to a 20 percent increase in the stock market in just six months,” he vowed.

The Nevada Republican Senate primary will take place on Nov. 6, 2018.