Pro wrestler “The Progressive Liberal” is a bad guy everywhere he goes – except Washington, DC 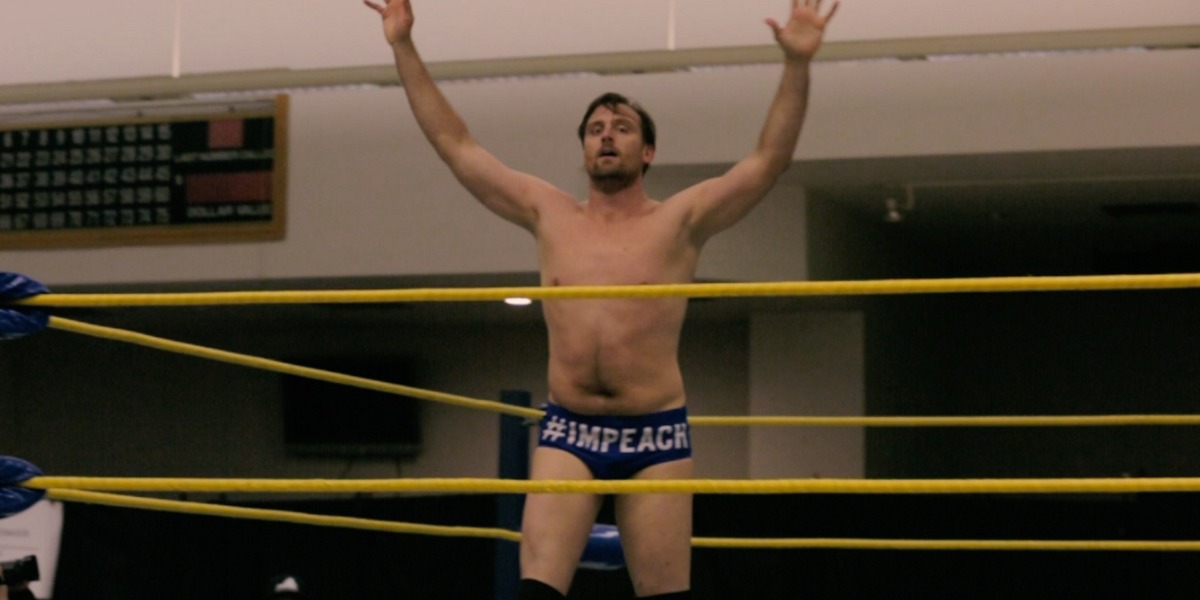 You might have heard of Daniel Richards, best known as professional wrestler “The Progressive Liberal.” He’s been featured in Sports Illustrated, Washington Post, Fox News and many other national outlets, because to fans in the conservative parts of the country he typically wrestles in his politics make him the ultimate bad guy.

Then he came to Washington, DC.

“This will be the first time I think where I’m received warmly,” Richards told Rare before his recent match for NOVA PRO wrestling in Annandale, Virginia. “We’re here in Northern Virginia,” Richards said. “That’s an area that voted about 90 percent Democrat.”

Based on the District of Columbia election results alone, Richards is correct.

“That’s a stark contrast to where I normally wrestle in Coal Country, the Bible Belt, Kentucky, West Virginia, North Carolina, big redneck state, Tennessee. There, they boo the liberal incessantly. So it’ll be a nice change of pace,” Richards said.

I witnessed it. The crowd loved him. You can find YouTube videos of “The Progressive Liberal” bashing the president and insulting conservative audiences where he is roundly booed.

But in Northern Virginia? He was a hero.

“He is not my president!” bellowed Richards in the ring, decked out in “#Impeach” and “Dump Trump” wrestling trunks, and it received the biggest cheers of the night.

Richards, who really is progressive and liberal, cites the “wrestling adage is that the best characters are extensions of your personality.” He admits that Trump’s election has been a gift for his wrestling career. “When I conceptualized this, Donald Trump had only thought about running,” he explained.

Is “The Progressive Liberal” a good guy or a bad guy?

In the nation’s capitol, that’s not a question.