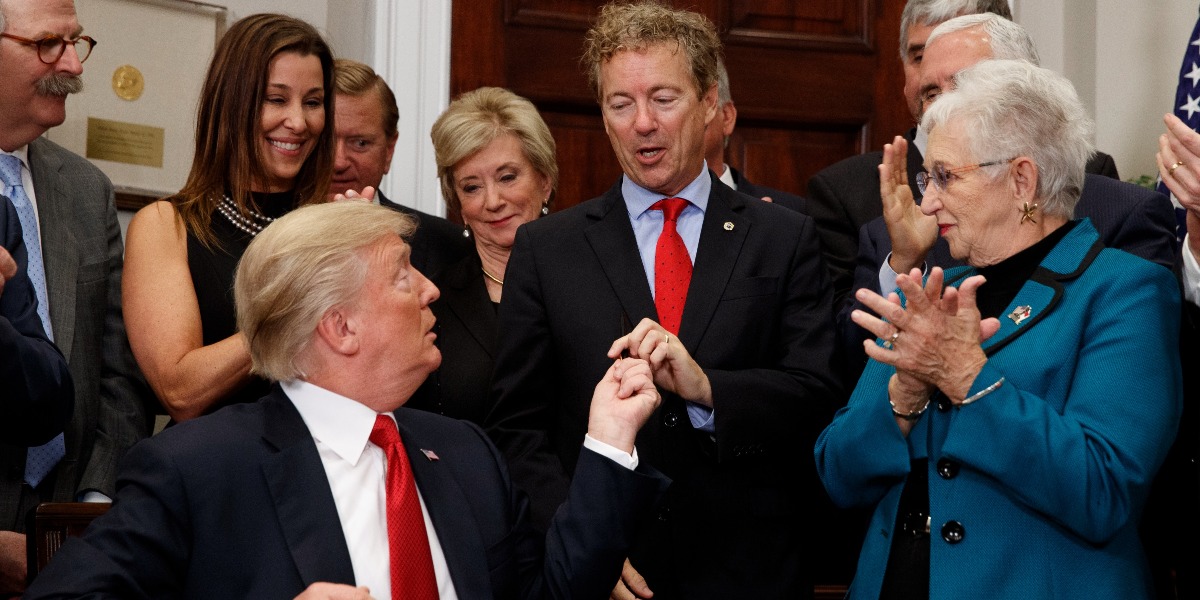 AP Photo/Evan Vucci
President Donald Trump hands a pen that he used to sign an executive order on health care to Sen. Rand Paul, R-Ky., in the Roosevelt Room of the White House, Thursday, Oct. 12, 2017, in Washington. (AP Photo/Evan Vucci)

Sen. Rand Paul (R-Ky.) applauded the Trump administration on Thursday for following through on its promise to expand access through association health plans (AHP).

“For the past year, I have worked with the President and his administration to dramatically increase the availability of health care while at the same time decrease the costs,” Paul said in a press release. “I applaud the administration for its action today, and I look forward to the finalization of the proposed rule.”

The newly proposed rule by Labor Department would rewrite existing regulations, expanding the types of groups that can form associated health plans while permitting membership across state lines.

In addition, self-employed individuals who have no other employees could join a large-group association health plan, which could include a self-insured association health plan. The proposed rule would also protect Americans with pre-existing conditions, ensuring that a consumer with a pre-existing condition is not denied coverage or charged an increased rate.

“Expanding access to AHPs would provide more affordable health insurance options to many Americans, including hourly wage earners, farmers, and the employees of small businesses and entrepreneurs that fuel economic growth,” the proposed rule states.

Paul has consistently argued that the free market is best suited to handle the healthcare needs of the American consumer, pointing out the repeated failures of socialized medicine and the heavy burdens it places on American taxpayers.

“If these individuals can join large groups across state lines, I think they’ll get protection, less expensive insurance, and it’ll be able to solve a lot of the problems we have in the individual market,” the senator said in 2017.