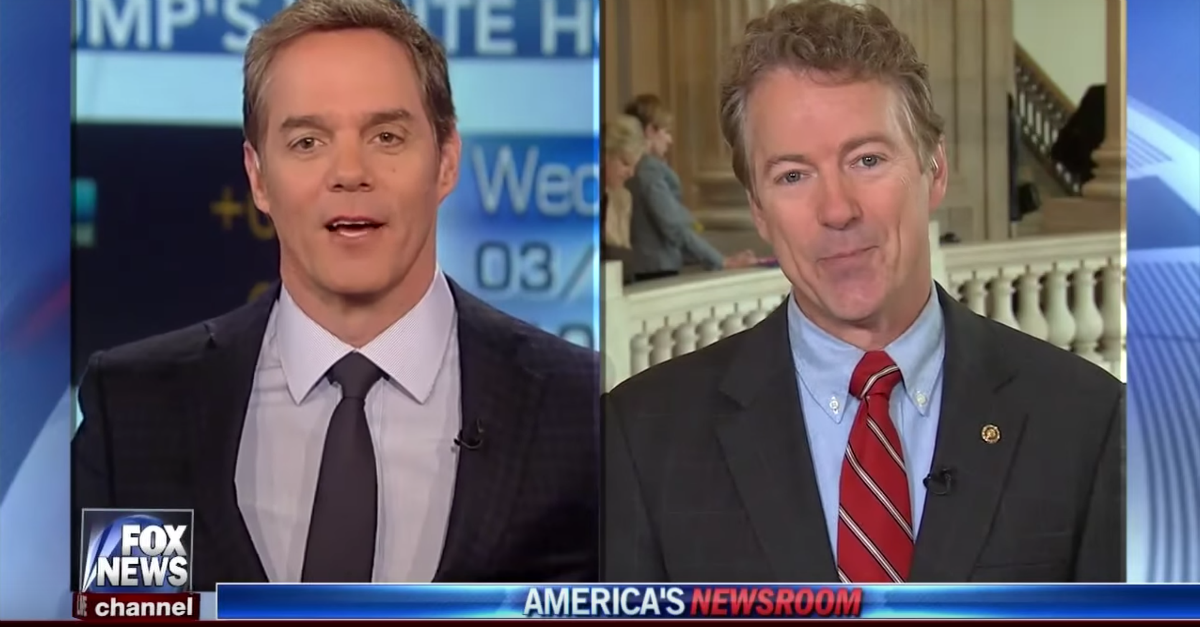 Rachel Maddow’s much-touted reveal about Donald Trump’s tax returns Tuesday night turned out to be a dud. The president apparently paid a lot of taxes in 2005 – $38 million on $153 million at a tax rate of 25.3 percent. This was above the average tax rate for an individual making his same income which is 22.5 percent.

RELATED: Joe Scarborough has a theory about who is truly behind leaking the president?s tax returns

Fox News noted during an interview with Sen. Rand Paul on Wednesday that both President Obama and self-proclaimed socialist Bernie Sanders – who obviously make much less money than Trump – also pay a significantly lower rate. Obama paid 18.7 percent in 2015 and Sanders paid 13.5 percent in 2014.

Sanders has a long record of demanding that the rich “pay their fair share.” In 2016, Fortune called Sanders the “six-figure socialist,” reporting, “by dint of his success as an anti-capitalist politician, Sanders has managed to make a quite comfortable living.”

“While Sanders wouldn?t describe himself as rich,” Fortune noted, “the scourge of the 1% has income that puts him in the top 3.8% of American households, according to CNBC.”

Paul appeared on Fox News to discuss his opposition to the American Health Care Act being promoted by House Speaker Paul Ryan and that the president has also been warm to. Paul has called the plan “ObamaCare-lite” and referred to it as “Trumpcare” on Wednesday.