Menu
Follow us
Search
Menu
Search
Sen. Rand Paul, R-Ky., speaks to reporters at the Capitol after Republicans released their long-awaited bill to scuttle much of President Barack Obama's Affordable Care Act, at the Capitol in Washington, Thursday, June 22, 2017. He is one of four GOP senators to say they are opposed it but are open to negotiations, which could put the measure in immediate jeopardy. (AP Photo/J. Scott Applewhite) )

What do Americans really want when it comes to health care? At the most basic level, most want to know they will be okay.

They want to know that if an accident happens, they are covered. That if they become ill or contract a disease, they will have access to quality care. That if something cataclysmic occurs, they will not be defenseless.

That’s what insurance is for. But if it were only that simple.

Affordability and coverage for pre-existing conditions have been two of the top concerns for many in the current health care debate. Obamacare has made premiums skyrocket for too many middle class families. The Republican plan to date does little to change the parts of Obamacare that have led to this problem, but both plans protect coverage for pre-existing conditions (or at least Republicans insist their plan does while Democrats and others refute that).

But is it possible to get rid of Obamacare which has been the source of the high premiums while also making health care affordable and protecting those with pre-existing conditions?

Paul, who is not only a senator but a doctor, says Association Health Plans can accomplish all of these things while getting government out of the way. In an op-ed in Lexington, Kentucky’s Courier-Journal Wednesday, the senator explained, “Currently, under the law, certain types of employer groups may band together to offer insurance to their members and employees, thus allowing them to have a larger group and more leverage to get protections against pre-existing conditions and high prices.” Paul added, “But the current association rules are strict and the hoops that people have to jump through to join them and comply with regulations are still too steep. Additionally, not enough groups and individuals are even eligible to form or join these plans.”

The biggest problem in health insurance is if you are on your own or part of a very small group, you have no leverage for prices, and if someone gets very sick, then you don’t have the protection of thousands or even hundreds of thousands of people sharing the risk.

That’s what association health plans do.  They let individuals join an association that then buys health insurance as a group… Right now, the insurance companies don’t treat people in the individual or small group market like valued customers whose business must be won. Why? They don’t have to.

I want to turn the tables on this out of control big business. I want the consumer to be king. I want the insurance companies to come on bended knee to these large groups, forced to negotiate.

If people could form their own associations and purchase health insurance as a group, the pre-existing conditions problem would mostly go away, because insurers would negotiate rates with the group knowing that some people might join over time with pre-existing conditions. The costs are built into the initial price negotiated and spread out amongst all those in the association.

Paul has met with Donald Trump and says the president is open to his health care ideas, presumably including Association Health Plans.

But senate leadership? Not so much. Paul says he understands that McConnell must balance the wishes of Republican moderates against the concerns of conservatives like himself, but if two primary goals are affordable care with bonafide protection for those with pre-existing conditions, Obamacare did not do both. Many believe Republicans current plan will not accomplish both–including its Republican critics.

So, Washington, why not at least listen to Rand Paul, who seems to have one of the better ideas of anyone so far on how to actually arrive at two of the primary health care goals pretty much everyone agrees should be achieved? 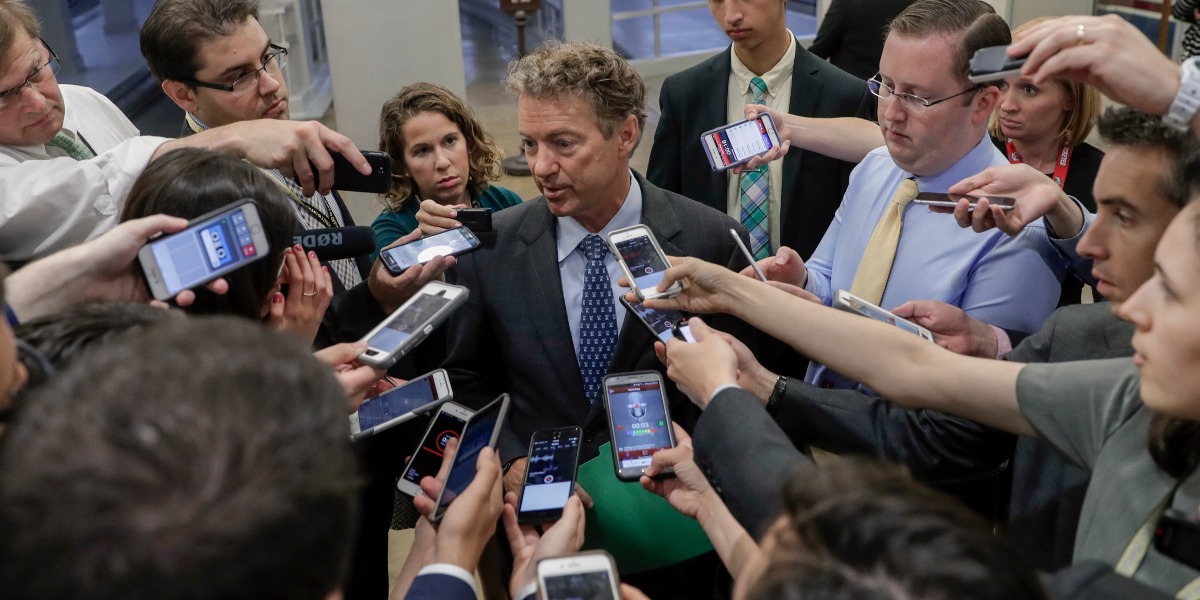