Rand Paul: “If there were ever something worth filibustering, I think it would be filibustering for the Bill of Rights” 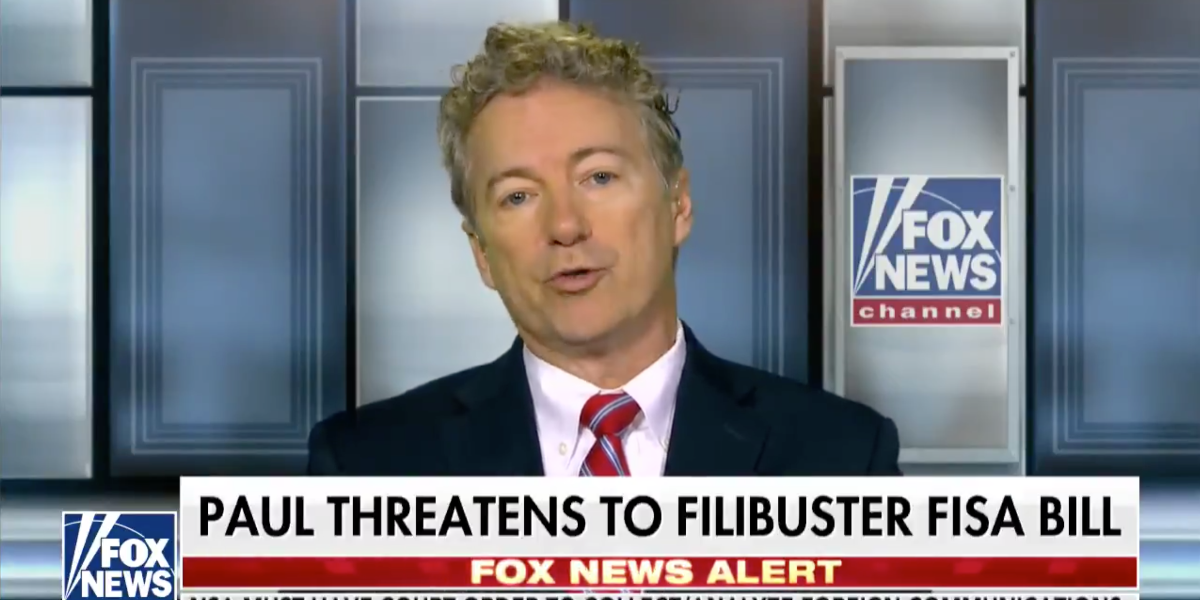 After a mass surveillance reform measure failed in the House on Thursday, Sen. Rand Paul (R-Ky.) continues to double-down on his promise to filibuster reauthorization of Section 702 of FISA Amendments Act.

“If there were ever something worth filibustering I think it would be filibustering for the Bill of Rights,” Paul said on Fox News Friday. The House reauthorization of Section 702 passed without the warrant safeguards privacy advocates clamored for with a 256-164 vote.

The reauthorization now goes to the Senate for a vote.

.@RandPaul: "If there were ever something worth filibustering I think it would be filibustering for the Bill of Rights." pic.twitter.com/hpWmawTI13

Sen. Paul has been adamant in his opposition to long-term reauthorization, promising to filibuster any legislation that does not require a warrant to spy on American citizens under the FISA Amendments Act. Under Section 702 of the FISA Amendments Act, the FBI may conduct “backdoor” searches of Americans’ communications with foreign targets of suspicion without a warrant.

“No American should have their right to privacy taken away! #FILIBUSTER,” Paul tweeted on Thursday.

The bipartisan movement to protect the Fourth Amendment rights of American citizens has also earned the support of the American Civil Liberties Union and the libertarian-conservative activist group FreedomWorks, all calling for an end to the mass surveillance state.

Paul is no stranger to conducting filibusters to raise constitutional issues, including his 13-hour filibuster over due process in 2013, and a similar 10-hour Senate floor speech over unconstitutional NSA spying programs in 2015.