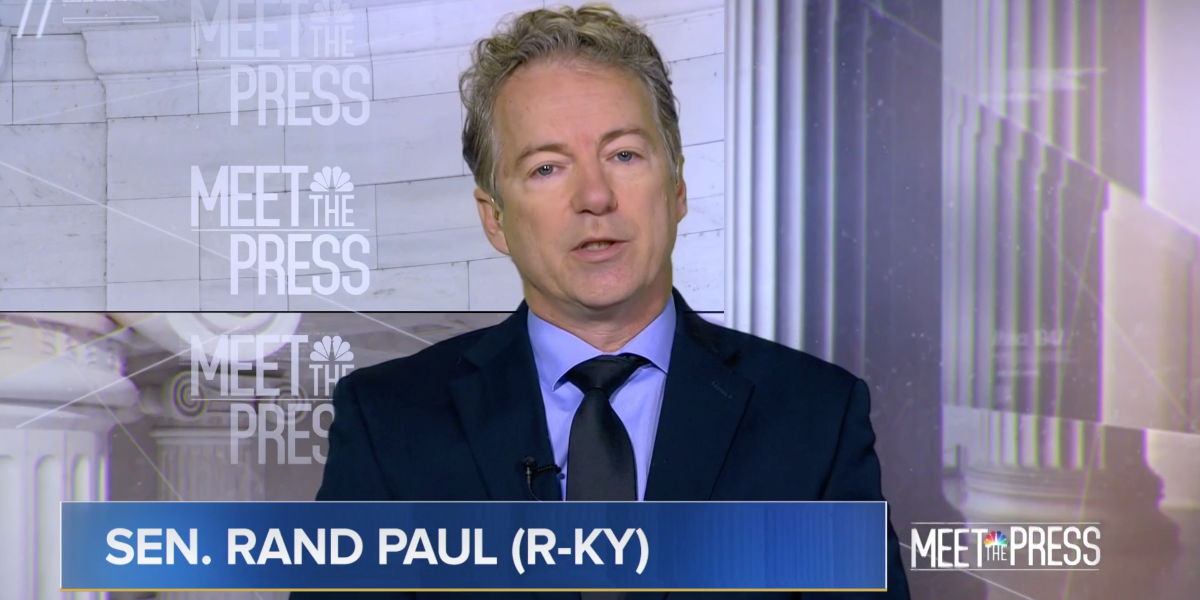 Sen. Rand Paul (R-Ky.) said on Sunday morning that it?s ?unfair? to call President Trump racist after his reported remarks about immigrants from “s***hole countries” like Haiti and the continent of Africa.

Paul criticized Trump?s comments, but added that unintended conclusions should not be drawn.

?I don?t think the comments were constructive at all, but I also think that, to be fair, we shouldn?t draw conclusions that he didn?t intend,? Paul told NBC’s Meet The Press.

The senator said he does not believe Trump is a racist, referring to a medical trip that was partially financed by Trump to provide eye exams, surgeries, and other care for hundreds people in Haiti in 2015.

Paul brought up a medical trip financed in part by Trump to provide eye care and surgeries to a couple hundred people in Haiti in 2015.

?I think it?s unfair to sort of paint him, ?oh well, he?s a racist,? when I know for a fact that he cares very deeply about the people of Haiti because he helped finance a trip where they would get vision back for 200 people in Haiti,? he added.

Trump?s reported comments came during a bipartisan meeting at the Oval Office on Tuesday discussing immigration. Senator Dick Durbin (D-Illinois) was present at the meeting, and alleged that Trump also wondered why the U.S. didn’t have more immigrants from economically stable countries like Norway.