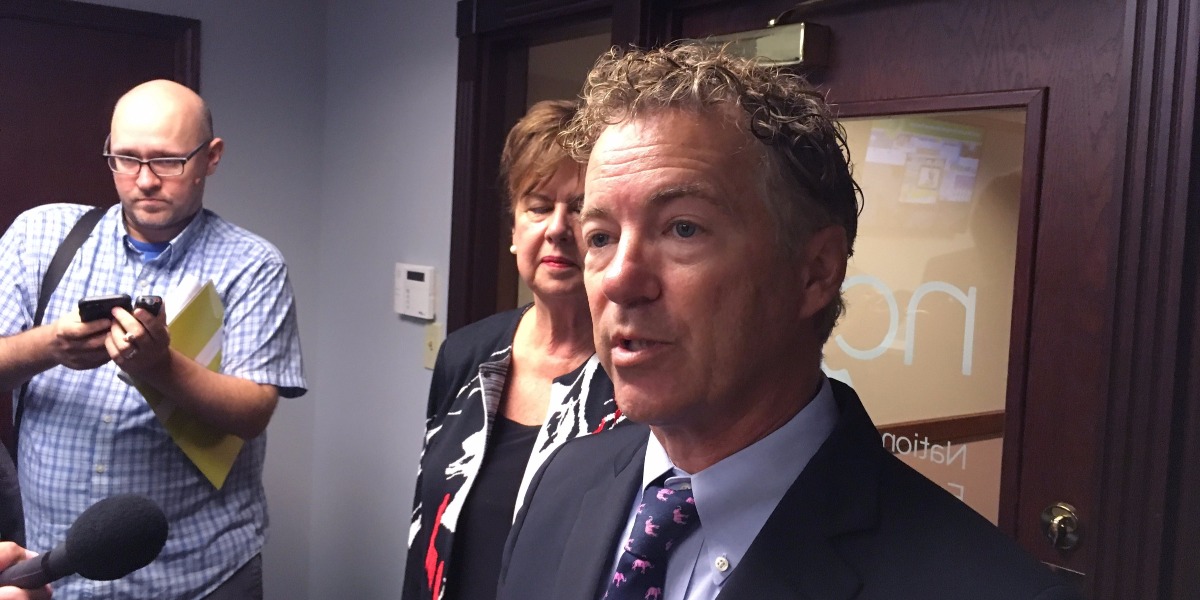 Sen. Rand Paul (R-Ky.) said on Thursday that senior officials during the Obama administration may be guilty of colluding to keep President Trump from being elected last November.

“Time to investigate high ranking Obama government officials who might have colluded to prevent the election of @realDonaldTrump! This could be WORSE than Watergate!” Paul tweeted Thursday morning.

Time to investigate high ranking Obama government officials who might have colluded to prevent the election of @realDonaldTrump! This could be WORSE than Watergate!

It was initially unclear what prompted Sen. Paul’s tweet. A Paul senior advisor said in an email to Rare that the senator is “trying to say there is a lot to still investigate in the intelligence community’s past behavior,” and also asked why “are we reauthorizing broad unconstitutional powers for the same community?”

As for any alleged illegal activity or wrongdoing by the intelligence community in the past, Sen. Paul has said he believes the Obama administration has surveilled him and other members of Congress.

In a letter to President Trump in April, Paul asked the former to investigate a claim from an anonymous source alleging that his name was “unmasked” in an Obama administration intelligence report.

“I ask that your administration promptly investigate whether my name or the names of other Members of Congress, or individuals from our staffs or campaigns, were included in queries or searches of databases of the intelligence community, or if their identities were unmasked in any intelligence reports or products,” Paul wrote to the president.

Section 702 of the FISA Amendments Act currently allows the US intelligence community to intercept foreign persons “reasonably believed to be located outside the United States” in order to “acquire foreign intelligence information.”

On Wednesday, Paul threatened to filibuster legislation that would reauthorize FISA without more oversight.