Sen. Rand Paul (R-Ky.) says he has had enough of his party’s broken promises regarding the repeal of Obamacare.

In an op-ed for Breitbart on Wednesday, Paul blasted his fellow Republicans who seem content to leave Obamacare in place or replace it with Obamacare-lite.

“I miss the old days, when Republicans stood for repealing Obamacare,” Paul writes. “Republicans across the country and every member of my caucus campaigned on repeal – often declaring they would tear out Obamacare ‘root and branch!’”

Paul says that “too many Republicans are falling all over themselves to stuff hundreds of billions of taxpayers’ dollars into a bill” that fails to repeal Obamacare while feeding insurance companies a “huge bailout.”

Paul, perhaps the most prominent conservative opposed to the bill, argues that the free market is best equipped to lower insurance costs.

“The possibilities are limitless once you accept that the federal government should subsidize prices,” the senator wrote. “I remember when Republicans favored the free choice of the marketplace. The Senate Obamacare bill does not repeal Obamacare. Not even close.”

Paul has argued that individuals should be able to purchase insurance as groups which would lower costs and also cover those with pre-existing conditions. The senator also believes Obamacare’s entitlements are part of the problem.

“The Senate Obamacare-lite bill codifies a federal entitlement to insurance,” Paul says. “With the Senate GOP bill, Republicans, for the first time, will signal that they favor a key aspect of Obamacare – federal taxpayer funding of private insurance purchases.”

Finally, Paul once again reminds Republicans of their promises to fight against big government, regardless of which party is in power.

“I was first elected in the heady days of the Tea Party Tidal Wave, when tens of thousands of citizens gathered on the central city lawn to protest Big Government, Big Debt, and a government takeover of health care,” he emphasizes.

“This citizenry won in four elections. Each time, the GOP establishment told conservatives, “We can’t repeal Obamacare until we have all three branches of government.”

“Republicans now control all three branches of government. And . . . the best that is offered is Obamacare-lite: keeping the Obamacare subsidies, keeping some of the Obamacare taxes, creating a giant insurance bailout superfund, and keeping most of the Obamacare regulations.”

“Shame on many in the GOP for promising repeal and instead affirming, keeping, and, in some cases, expanding Obamacare,” Paul said of his party. 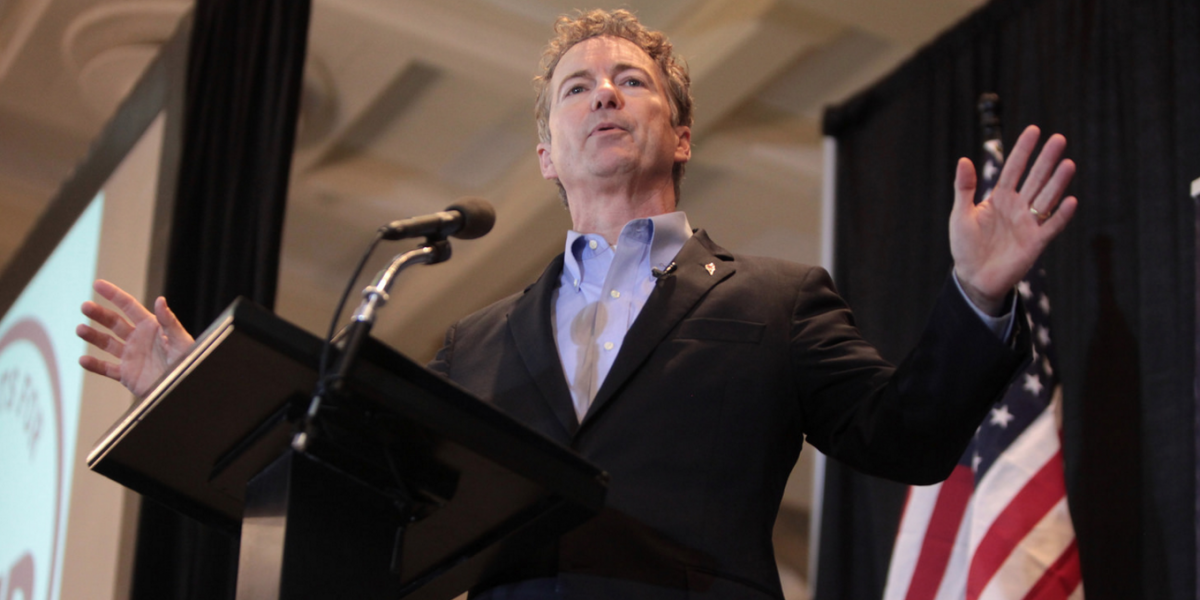