Menu
Follow us
Search
Menu
Search
Sen. Rand Paul, R-Ky. holds up his cell phone as he speaks before announcing the start of his presidential campaign, Tuesday, April 7, 2015, at the Galt House Hotel in Louisville, Ky. (AP Photo/Carolyn Kaster)

Sen. Rand Paul (R-Ky.) is refusing to compromise with Democrats on healthcare, saying that it would betray conservative voters.

“Let’s repeal, separate that from all the big government spending programs, and put it into a separate bill that maybe Democrats and big government Republicans may like, but conservatives like myself will not vote for,” Paul said on Tuesday on Fox News’ “America’s Newsroom” with co-anchor Bill Hemmer.

Paul says that in order to gain the conservative vote for the bill, Senate Republicans need to “strip away all of the extra big government spending and put that in another bill.”

“You can work with Democrats for all I care on that bill,” Paul said. “I will not support that. I will vote for clean repeal.”

Paul says that working with Democrats on passing the bill, as Senate Majority Leader Mitch McConnell has suggested, would be “giving up on something we promised for [the past] six or seven years,” and it’s “insane.”

“I think Republicans will be very unhappy across the land if the Republican leadership gives up and goes and works with the Democrats,” Paul added. “I think what they need to do is give on saying they’re going to fix everything. […] Let’s do what we promised, which is repeal Obamacare.”

Paul said that Senate Republicans are “at an impasse.”

“Eventually they will talk to me, if they want my vote,” he said.

“They’re going in the opposite direction, and the way that Washington typically works, they get your vote by offering you more money for a pet cause,” Paul argued. “But I’m a fiscal conservative, so throwing more money makes me less likely to vote.”

While some Republican leaders are pushing for a vote on the bill as early as next week, issues like coverage requirements and cuts to Medicaid could delay a vote. If three of the 52 GOP Senators oppose the bill, it will fail in the Senate.

McConnell announced on Tuesday that the Senate will delay the traditional August recess by two weeks in order to work on health care and other pertinent issues. 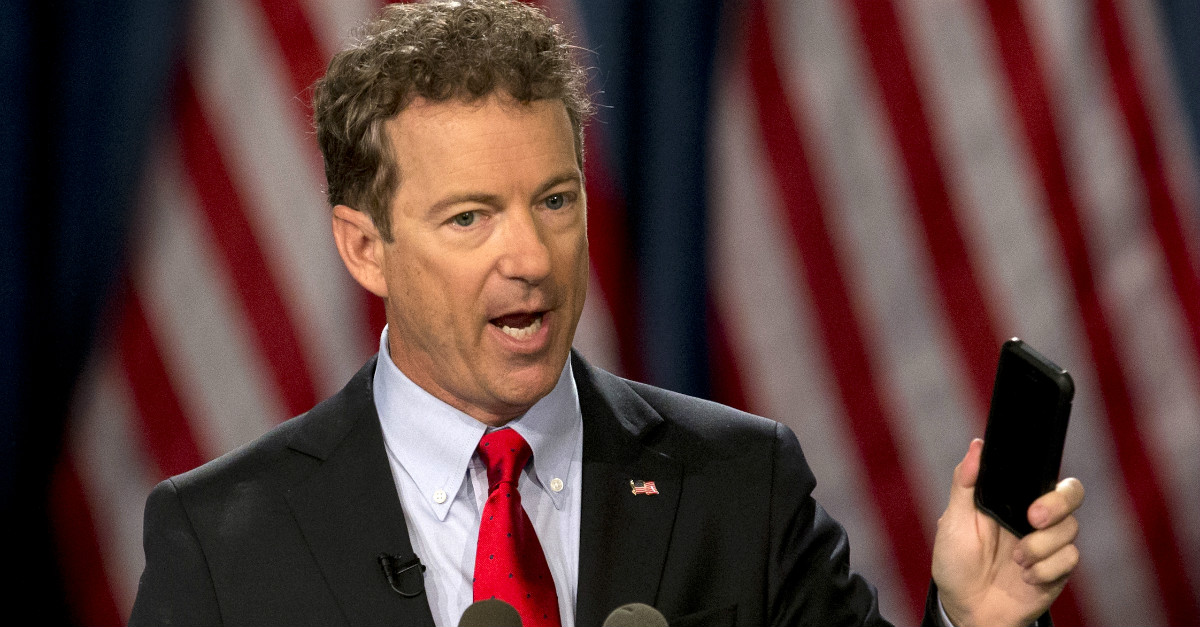