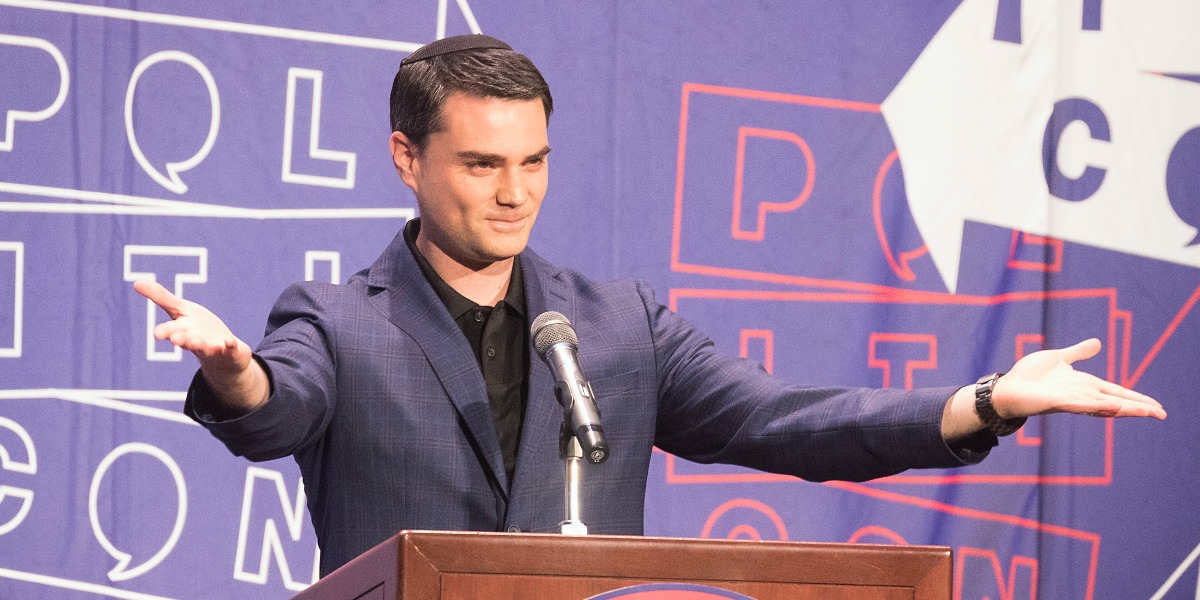 When I woke up Friday morning, I half expected to hear Ben Shapiro’s yarmulke-adorned head had been impaled on a spike and the University of California at Berkeley had been reduced to ashes, leaving thousands dead or wounded.

Thursday evening, Shapiro, the conservative author and Daily Wire editor-in-chief, spoke to 9,000 people in a lecture hall at Berkeley. Meanwhile, protesters congregated outside to protest the “white supremacist bullshit” supposedly being spewed by a practicing Orthodox Jew who is among the public figures most frequently targeted for harassment by white supremacists.

Many on the left thought his 30-minute lecture would be so inflammatory that Berkeley Mayor Jose Arreguin advocated caving to mob rule by cancelling it because there is “a line between freedom of speech and…posing a risk to public safety.”  It’s as though Arreguin doesn’t understand that the protesters are in control of and responsible for their own actions, as though the protesters could reduce the campus to rubble and then stand around whining “Look what you made me do!” like a bunch of hard-left Taylor Swifts.

RARE POV: Supporters of free speech should stand with Berkeley – the university, not the protesters

Fortunately, no such havoc was wreaked. Nine people were arrested, some for carrying weapons (a few of their mugshots have been released, if you need a good laugh). Otherwise, there have been no reports of violence or destruction of property.

In his lecture, Shapiro praised the administration for “allowing the police,” who for the first time in 20 years had authorization to use pepper spray if the crowd became violent, “to do their jobs.” The security costs of the event reportedly totaled over $600,000. The campus community, especially those protesting, should be ashamed that anyone felt the need to spend anything. In a civil society, a pair of security guards should have been more than enough protection.

Shapiro denounced leftist identity politics in strong terms, but also rejected the identity politics of the alt-right, condemning both groups for believing “that ideology and ethnicity are inextricably intertwined” when Western civilization, he argued, was built by “people with good ideas,” not “people with white skin.”

RARE POV: After the violence in Berkeley, can we finally admit that the alt-left is real?

The majority of his speech, though, was a plea for unity and individual responsibility over group identity and victimhood. Shapiro promised his audience that if they finished high school, got jobs, and didn’t have children out of wedlock, then no matter their race, gender, class, or sexual orientation they would not be permanently poor in the United States.

There is certainly an argument to be had over whether Shapiro’s prescribed path to success is overly simplistic and ignores certain structural inequalities, but when so much of the left was willing to give Antifa a free pass for tearing up a campus over a relatively benign 30-minute lecture, I can’t help thinking maybe a dose of individualism is exactly what we need right now.