Part of my support for libertarian Republicans is I believe working within a major party greatly increases the chance of success for liberty ideas.

Another reason is they make libertarians look normal.

They represent what I would like most Americans to think of when they think of libertarians.

Like equating libertarianism with libertinism. Or chasing down meter maids in New Hampshire, a stunt Stephen Colbert rightly lampooned as “a**holes for freedom.” Or getting naked at the Libertarian Party convention.

Clare Malone notes at FiveThirtyEight, “Libertarianism may be seen as fringe, possibly even a little freaky, when embraced at its highest decibel of dissent…”

The Federalist’s Kyle Sammin writes of the LP convention last month: “The convention also reminded the world that the Libertarian Party has in its ranks a disproportionately large collection of oddballs and extremists.”

“All party conventions feature odd people in odd costumes,” Sammin notes, “the difference is, the big parties do not let them near a microphone.”

The major problem is in how the party presents its policy ideas. The debate among presidential candidates is a perfect example. Instead of answering questions of concern to the average American, they discussed issues that Reason editor Brian Doherty described as “historical and philosophical minutia seemingly tailor-made to make Libertarians seem hopelessly eccentric.” Instead of Syria, Social Security, and the Supreme Court, we heard the candidates discuss whether drivers’ licenses were tyrannical and whether the government should ban selling heroin to a five-year-old.

Brian Doherty also wrote of the convention, “A C-SPAN audience did not need to see the five candidates pondering out loud whether drivers licenses are legitimate. (Among other challenging questions that could serve no other purpose but to embarrass the Party and its candidates in the eyes of any random cable viewer…)

If Johnson can get 15 percent in five national polls he can be on the debate stage with Hillary Clinton and Donald Trump. That’s certainly doable.

If it happens, what will America think of libertarians? What kind of face will the Libertarian candidate present?

Malone writes, “Part of Johnson’s job will be to settle any queasy feeling Americans might have about libertarianism straying too far from the mainstream.”

Johnson’s job is to be normal—which in theory shouldn’t be too difficult for a twice re-elected ex-governor—and just not be weird in general. This isn’t a given. Any vocal supporters not being weird would be helpful too.

Some libertarians have always seen the philosophy as a personal license to let their freak flag fly as a matter of self-identity. They want to be weird and they want everyone to know it. They actually seek to turn people off, however intentionally or unintentionally.

100 years from now, when most of us are dead, there will still be libertarians like this.

“Johnson is no philosopher king — he’s eager for office, eager to lash his party to reality and to provide a third way for the American voter come November,” Malone writes. “The Libertarian Party has struck a bargain of sorts, sullying itself with a true politician in the hopes that its ideas will find an audience outside treehouse meetings.”

Calling for a more mainstream approach, Sammin writes, “With avowed statists at the head of the major parties, a gradualist Libertarian Party could pull in adherents from the Left and the Right,”

“By uniting all shades of pro-liberty people, they could stop being a fringe group and start having a serious impact on American politics.”

Will libertarians have a serious impact? 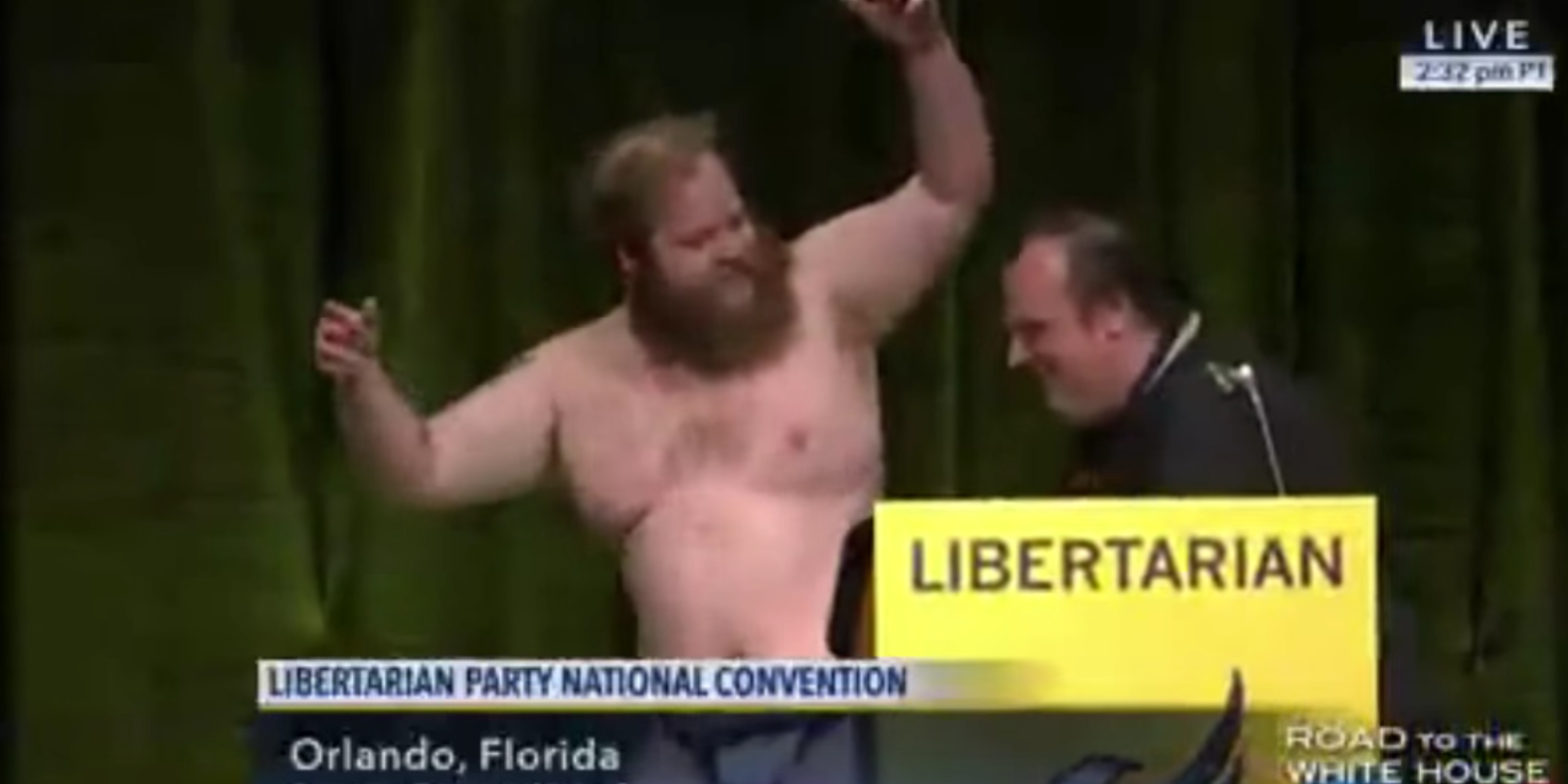