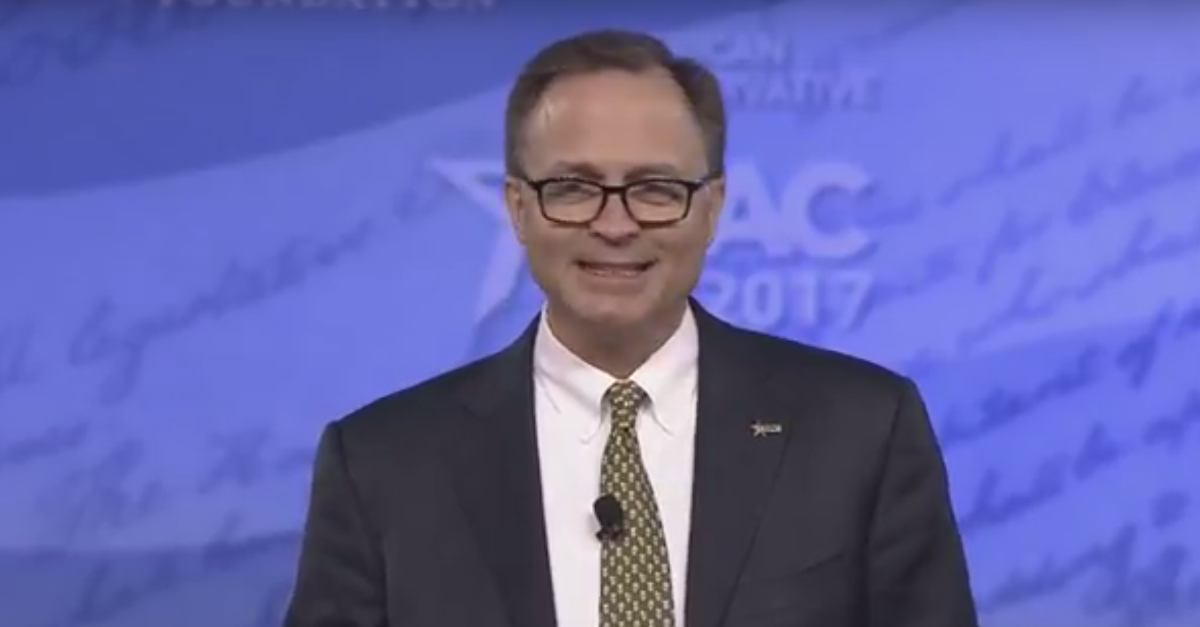 CPAC is a bit schizophrenic this year, and perhaps nowhere was that more clearly demonstrated than in a morning speech by Dan Schneider headlined “The Alt-Right Isn’t Right at All,” scheduled only a few hours before Steve Bannon will take the stage and only a day before Milo Yiannopoulos was supposed to speak before they axed him.

Schneider is with the American Conservative Union, which hosts CPAC, and was presumably dispatched as their priest to exorcise the red-hatted and bleach-haired demons in their midst. “There is a sinister organization that is trying to worm its way into our ranks,” he said. “And we must not be duped. We must not be deceived.”

“We must not allow them to be normalized. They are not part of us,” he emphasized. “They are anti-Semites, they are racists, they are sexists. They hate the Constitution, they hate free markets, they hate pluralism, they despise everything we believe in. They are nothing but garden-variety left-wing fascists.”

That sounds a lot more bracing than it actually was. Schneider’s tone made it sound like he was reading the CPAC legal fine-print rather than educating people about the very real perils posed by the alt-right. Still, I’m glad he did it. CPAC is generally an exercise in gussied-up unity, papering over the real divisions within conservatism to present a united front against the left. Such scathing intra-movement criticism is rare here. The alt-right will froth on, but the message has gone out: there are still some traditional conservatives, and they reject this hateful dreck.

It may have been a last stand. Schneider walked onto the stage to almost no applause. During his address, a steady stream of attendees flowed out of the ballroom, most of them young, a few wearing “Make America Great Again” hats. In fairness to them, that could be because Schneider had to follow Governor Scott Walker (R-Wis.), and there are always plenty of walk-outs after the flagship speakers.

RELATED: The alt-right will soon end its love affair with Donald Trump

But remember too that most CPAC attendees are college students, young and still in their revolutionary phases, Milo’s fan base. Where will they fall in this awkward tug-of-war between old and new? Stay tuned.