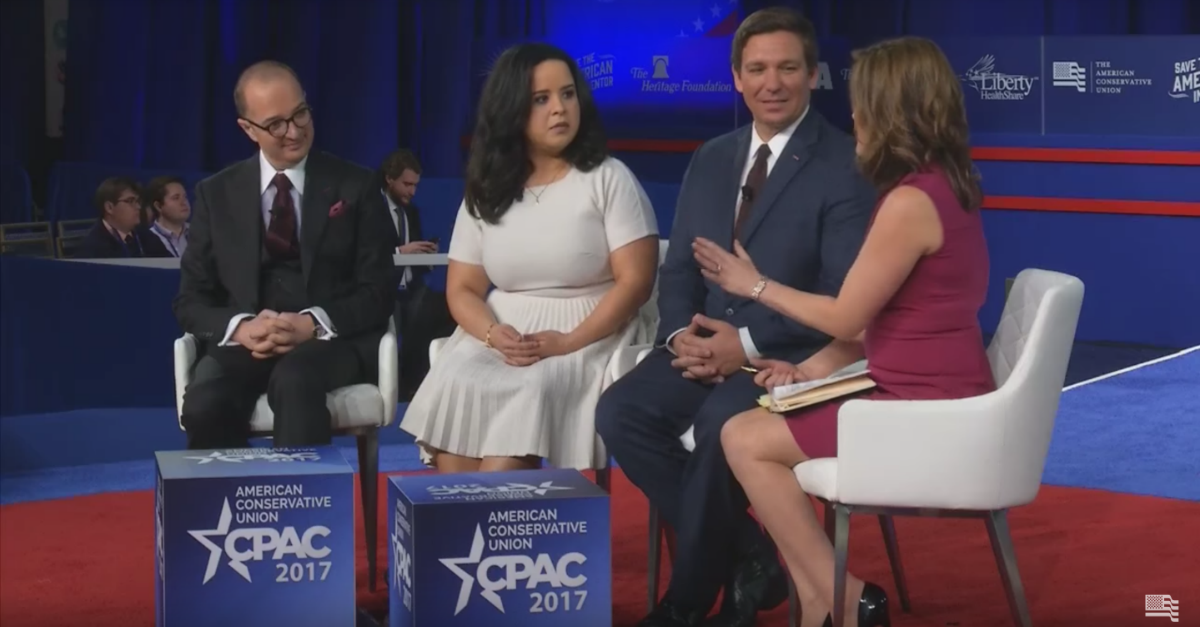 The Conservative Political Action Conference featured a panel on Millennials Thursday that was strange?it was mostly non-Millennials complaining about young people. The panel featured only one Millennial, Ana Quintana, a Latin America policy expert at the Heritage Foundation.

The panel?s name was titled ?FREE stuff vs. FREE-dom.? Unfortunately, the name was not the only condescending feature of the panel.

RELATED: This year, the hottest issue at CPAC is rolling back the regulatory state

Moderator Mercedes Schlapp started off by rattling off various statistics demonstrating that Millennials would support a self-described socialist, something that was already demonstrated by Bernie Sanders momentum in the 2016 election. Congressman Ron DeSantis said the problem was there isn?t enough civics education, less of an emphasis on founding principles, and that Millennials are simply unpatriotic. ?You understand how America was different than governments that came before. How ultimately we were endowed by God with our rights and that we?re delegating to the government limited authority to basically protect our freedom and to make the most of our God-given talent,? said DeSantis.

Quintana then talked about how terrible Venezuela is. ?Venezuela is the epitome of a ticking time bomb,? she said, blaming socialism and government mismanagement for Venezuela?s current deplorable state.

Quintana is right, but what does this have to do with Millennial outreach?

This panel spent way too much time on how terrible socialism is and little on addressing Millennials or related issues. The reason why young people flocked to Bernie Sanders and Ron Paul in past elections was because both men had messages that resonated with younger Americans and their concerns.

Sanders promoted free college and healthcare and that message caught fire because Millennials are having a tough time getting high-quality jobs to pay for their student loans and health insurance. Paul?s appeal to Millennials was based on his opposition to war, which young people would have to fight. Both men spoke to Millennial concerns and they responded to them.

Instead of wagging fingers at Millennials, conservatives should listen to them. Why didn?t they have a panel featuring the presidents of Young Americans for Liberty, Turning Point USA, and Young Americans for Freedom? Three conservative organizations that do an excellent job promoting free markets and constitutional principles on college campuses.

Conservatives also need to develop policy prescriptions that address Millennial concerns. Why not talk about how free markets could create the high-paying jobs that would allow Millennials to pay back their student loans and buy health insurance? On social issues, they should take their cues from President Donald Trump and adopt a moderate stance. Finally, there are ways to balance environmental protection (a concern for many Millennials) and free markets.

Conservatives need to appeal to Millennials, but complaining about socialism in other countries and insisting that?s what most young people want to turn America into is certainly not the way to do it.