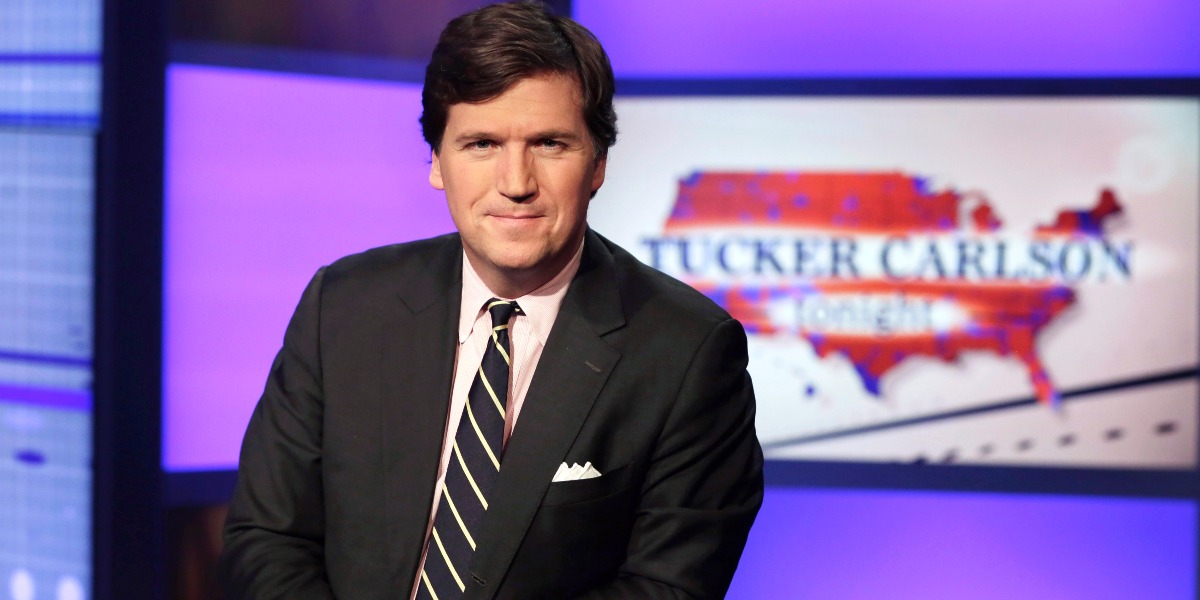 “Is Tucker Carlson the new king of cable news?” asked Forbes in late May.

Carlson, the conservative pundit who in recent years was most recognized as the founder of the right-leaning website The Daily Caller, was Fox News’ choice to replace the popular Bill O’Reilly when he departed in April in the wake of a sexual harassment scandal. Since then, ratings have not only held steady for Fox News, but Carlson, while not quite getting the same numbers as his predecessor, still sits atop the cable news heap.

Variety reported last month, “Tucker Carlson Tonight’ has not matched ‘O’Reilly Factor’s’ year-ago levels in total viewers but it has brought in a younger audience, with a 16% gain in adults 25-54.”

Fox News has to like that Carlson not only has the largest viewership among his peers and but is also resonating with younger viewers.

Yes, Carlson, like most conservative Fox News hosts–or like most MSNBC hosts who do the same thing from a left perspective–brings on guests who disagree with him and attempts to smash them in spectacular fashion.

One of the most explosive and substantive policy-based cable news debates in recent memory happened last week when Carlson tangled with neoconservative Max Boot over foreign policy. Boot, a quintessential George W. Bush-era hawk who can’t fathom a place on earth where the U.S. shouldn’t intervene militarily, probably thought Fox News was a safe place to express his extreme hawkish views that have so often defined Republican foreign policy orthodoxy.

But Carlson essentially told foreign policy “expert” Boot that he was flat out wrong. And not about one particular point — about everything.

This is relatively new territory for Fox News.

In his vicious and ad hominem way, Carlson is doing something extraordinary: He’s challenging the Republican Party’s hawkish orthodoxy in ways anti-war progressives have been begging cable hosts to do for years. For more than a decade, liberals have rightly grumbled that hawks can go on television espousing new wars without being held to account for the last ones. Not on Carlson’s show. When Peters called him an apologist for Vladimir Putin, Carlson replied, “I would hate to go back and read your columns assuring America that taking out Saddam Hussein will make the region calmer, more peaceful, and America safer.” When Boot did the same, Carlson responded that Boot had been so “consistently wrong in the most flagrant and flamboyant way for over a decade” in his support for wars in the Middle East that “maybe you should choose another profession, selling insurance, house painting, something you’re good at.”

During the last GOP administration, supporting and defending the Iraq War and other War on Terror policies was how Republicans primarily defined themselves and Fox News certainly led that charge. During the Barack Obama years we began to see some pushback on military interventions from libertarian-leaning Republicans.

Now, in Donald Trump, we have a president who has blasted that failed war and his Republican predecessor for waging it. Conservative hosts who might toed a reflexively pro-war party line a decade ago now find themselves in a new conservative environment where their most basic foreign policy premises have been upended.

Carlson is challenging Republicans to rethink war, and these are not new views. “I have been saying the same thing for fifteen years,” he told the National Interest. “Now I have a T.V. show that people watch, so my views are better known.” Nor is the host unafraid to take on Trump’s hawkishness, like when he condemned the administration for bombing Syria in April.

Beinart surmises, “Most importantly, Carlson is saying something pundits, especially conservative ones, rarely say on television: that America must prioritize. Since the George W. Bush years, conservative politicians and pundits have demanded that the United States become more aggressive everywhere.”

America has soured on being aggressive everywhere. It’s part of what hurt Hillary Clinton and helped Trump.

It’s also why Republicans are long overdue in rethinking foreign policy, as Tucker Carlson adds his voice to a much needed, if still a minor, conservative chorus.