The Syrian airstrikes have ramped up the neocon vs. libertarian foreign policy battle within the Republican Party 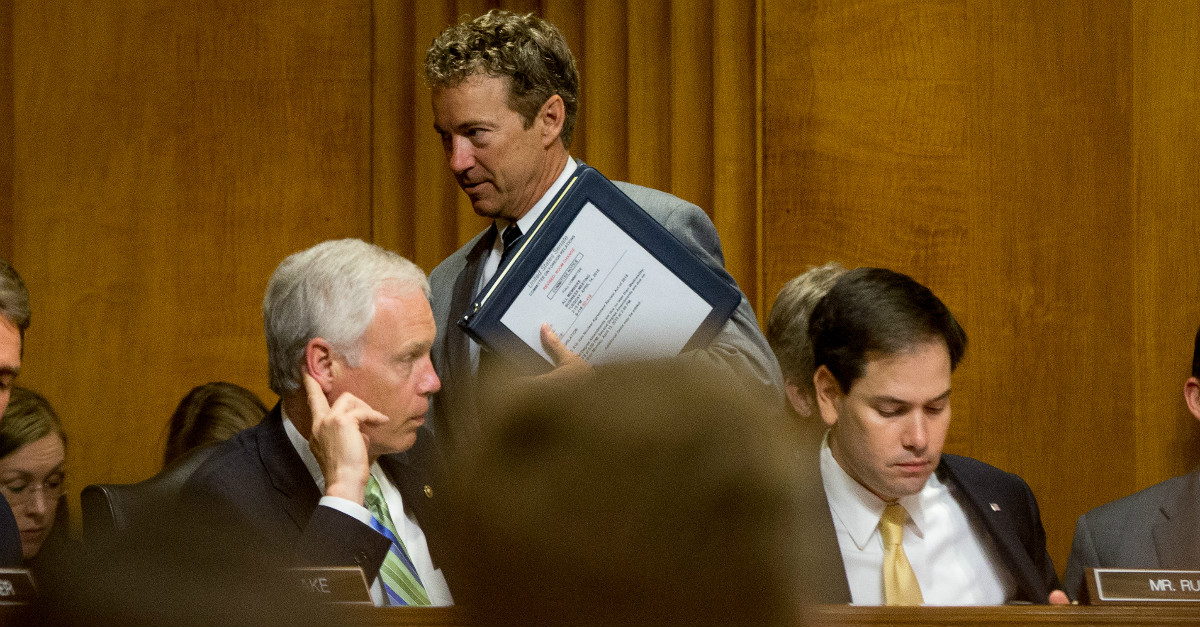 The ongoing debate over the U.S. airstrikes on Syria last week has brought to the forefront a foreign policy battle that had been raging within the Republican Party for many years before the rise of Donald Trump. It is one of the most important debates happening within the party, potentially determining how the president approaches foreign policy going forward.

During the George W. Bush years, Republicans were almost uniformly hawkish. The Iraq War became Bush?s primary legacy, and most conservatives of that era supported and defended what many now consider one of the worst foreign policy mistakes in U.S. history. Yet during the Obama years, it was often conservative Republicans who were the loudest voices against U.S. intervention abroad, including America?s role in ousting Libyan dictator Muammar Gaddafi in 2011 and wide rightwing opposition to President Obama?s plan to strike Syria in 2013.

This foreign policy sea change?due in no small part to the politicking of a few libertarian-leaning Republicans who came out of the tea party and Ron Paul-inspired liberty movements?created new dividing lines within the GOP.

On the hawk and dove sides, both camps had planned to duke it out in the 2016 election with the victor getting to define Republican foreign policy. Two of the top names floated as possible 2016 GOP nominees were Senators Marco Rubio and Rand Paul. Both were young and came from the tea party movement, but more significantly were stark opposites on foreign policy.

Rubio was the hawks? champion, an unrepentant Bush-Cheney Republican whose ideological supporters hoped his good looks and soaring rhetoric about American greatness might salvage the neoconservative brand that had been badly damaged in the aftermath of Iraq. Rubio Republicans saw Obama as a weak president who was too hesitant to flex U.S. military muscle, despite Obama’s interventions in Libya and many other global hotspots.

The opposite of Rubio, Paul represented a new emerging libertarian Republican faction that opposed ?shoot first, ask questions later? foreign interventions by the U.S. and insisted that America could not afford to be the world?s policeman. Many more traditional conservatives had lined up with this libertarian view of foreign policy during the Obama years than would have ever been imaginable in the 2003 GOP. Paul-friendly Republicans saw Obama as a president who had stumbled into his own Iraq-style regime change in Libya and who was arming the allies of al-Qaeda by delivering arms and aid to Syria?s rebels. This more dovish faction also insisted that President Obama had carried out a largely unconstitutional foreign policy by not consulting Congress on military actions.

In this foreign policy showdown, Rubio and Paul ended up doing little in their presidential campaigns?2016 would become the year of Trump.

Trump was the middle ground between the two camps, blasting nation building and the Iraq War in one breath, and then claiming to be the ?most militaristic? in another. Most of the old Bush-style neoconservatives remained generally opposed to Trump precisely because they believed he really would hit the foreign policy reset button and take Republicans away from being a generally pro-war, any war party.

Right now the hawks? top pitchmen?Rubio, Senators John McCain, Lindsey Graham and Tom Cotton?are praising Trump?s actions, but also insisting this strike is only the beginning. These hawks have some support among grassroots Trump partisans and fellow Republicans in Congress.

Countering the hawks are the most libertarian members of Congress?Paul, and longtime allies Reps. Justin Amash and Thomas Massie?who are condemning the Syria strike as unconstitutional and not in U.S. interests. These libertarians do not have a lot of congressional support, but have a groundswell among the conservative base, with even pro-Trump pundits like Ann Coulter agreeing with them on Syrian intervention.

Much of how this is viewed on the right is framed in establishment and anti-establishment terms: Hawks were glad to see Trump bend to Washington?s interventionist foreign policy consensus (a President Hillary Clinton or Marco Rubio would have ordered the strike with probably less hesitancy than Trump), and talk radio conservatives disappointed by the president?s actions see it as the ?swamp? draining Trump.

Whether Trump ends up having a heavily interventionist presidency of hawks? dreams or something far more restrained remains to be seen, but one thing is clear: The president has set the table for a very different foreign policy debate than anything Republicans would have experienced during the last GOP administration.

And the war within the GOP goes on.