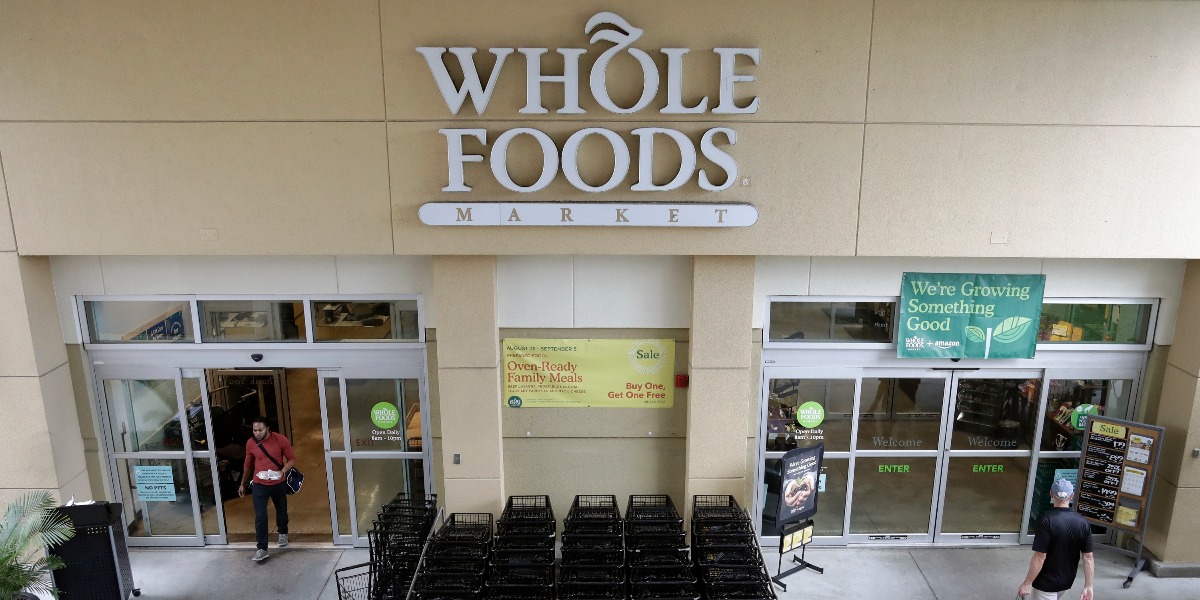 Amazon announced on Friday that prices of several Whole Foods staples would drop beginning this past Monday. This announcement comes just days after the Federal Trade Commission approved Amazon’s acquisition of Whole Foods, a deal that was criticized by some antitrust experts and a group of Democrats in Congress. However, their concerns over Amazon’s market power pale in comparison to the benefits awarded to consumers.

In June, 12 Democrats in Congress signed a letter that expressed concern about what the “merger could mean for African-American communities across the country already suffering from a lack of affordable healthy food choices from grocers.” Logically, this statement does not make sense. Amazon’s ownership of Whole Foods will only expand access to healthy and organic food across the nation. Amazon can now deliver select Whole Foods products virtually anywhere in the United States — meaning that people in “food deserts” can order fruits and vegetables online, if they desire.

Some antitrust experts were concerned that Amazon would be able to leverage this deal into domination of the grocery industry. Amazon certainly will disrupt the grocery industry, but it is far from dominating. There are only 444 Whole Foods locations in the United States, while Walmart boasts more than 10 times as many locations.

While Amazon will not dominate the grocery industry in the near future, it’s likely that it will force grocers to become more competitive by changing their old practices. In fact, Walmart recently announced that it will partner with Uber to test out its grocery delivery business, which will counter Amazon’s new ability to sell Whole Foods products online.

In recent years, supermarkets have been competing on prices of goods such as soda, cereal and soup, while organic food retailers have competed on quality. But Amazon’s entry to the market will increase price competition in the organic food department as well. With prices of goods like organic avocados, fair-trade bananas and responsibly-farmed salmon falling on Monday, consumers can expect price drops at other retailers that sell specialty items. Far from squelching completion in the grocery industry, Amazon’s entry into the market will actually increase competition and benefit consumers.

Amazon is an enormous company, but its size does not mean that its acquisition of Whole Foods is inherently an antitrust concern. Amazon will be able to use its size to the benefit of the consumer because it can take advantage of economies of scale. Its average administrative costs can shrink as it grows, and its size allows it to negotiate with manufacturers to get lower prices.

RARE POV: Republicans are now more likely than Democrats to say the free market is bad for America

While critics decry Amazon for squeezing smaller retailers across the country, potentially destroying jobs, its growth has also added jobs to the U.S. economy. Amazon employs 380,000 people worldwide and announced in January that it would add 100,000 “full-time, full-benefit” jobs in the United States by the middle of 2018.

Concerns over Amazon buying Whole Foods ignore economic fact and reality: with increased competition in the grocery industry, consumers will benefit from lower prices. Amazon will also have the opportunity to innovate and offer new services to consumers, and other retailers will improve and experiment to compete. Healthy food will be more accessible (and likely cheaper) than ever. Naysayers can continue to gripe, but our society — and our economy — will ultimately be better off with increased accessibility to good food and increased competition that lowers prices.

Amelia Irvine is a Young Voices Advocate studying government and economics at Georgetown University. You can follow her on Twitter @ameliairvine3