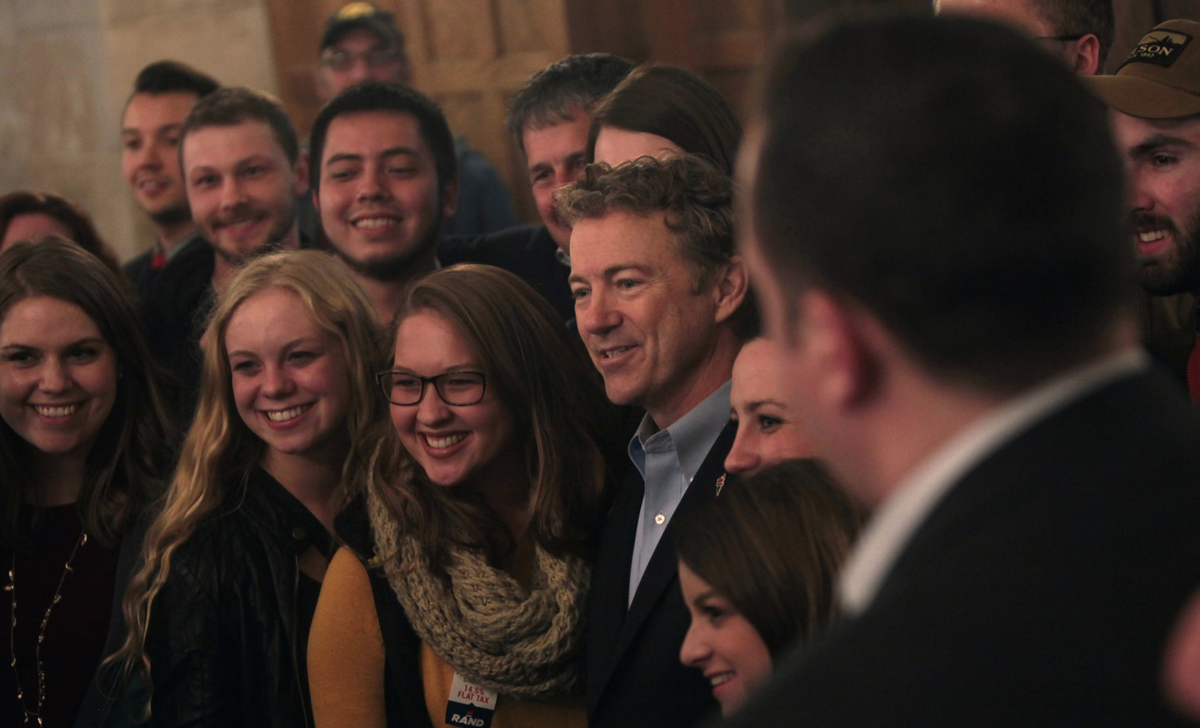 Students for Rand (SFR) launched this past summer with the mission of igniting college campuses across the United States with Senator Rand Paul’s message of liberty. With Sen. Paul’s recent departure from the presidential race, it might be easy to write off all of his efforts as a failure.

I’d argue it was a success beyond anything we originally imagined.

After six months of building, SFR ended with over 500 chapters and 50,000 members nationwide. Quite an apparatus for a candidate the media wrote off five months before any votes were even cast.

Quickly after we launched, I realized that this campaign’s youth efforts would be different than any of the other candidates in the race. Students for Rand existed to aid Senator Paul’s bid for the White House, but we soon realized we had one secret weapon: the principles of liberty.

You see, most candidates recruit based on the ability to “have a beer” with our guy or gal. We took a different approach. We talked about the ideas and solutions a President Paul would bring to the table. It worked.

Our candidate was not talking about who had the best hair and who had the best or worst personality to be the next leader. He didn’t call people names or demonize those who didn’t agree with him.

He proposed a common sense foreign policy, real criminal justice reform, and respecting the entire Bill of Rights. He truly was a ‘different’ kind of Republican and students from all political backgrounds were open to discussing the ideas he espoused.

A Republican who didn’t support the war in Iraq? Sign me up.

SFR used every tactic possible to reach students. We tabled, clipboarded, called, texted, and utilized social media to reach every possible student in the United States.

Unfortunately, the youth vote does not represent the majority in this country.

But it will in the near future.

Serving as Rand’s Youth Director gave me hope for the direction this country will inevitably head. We have 50,000 people signed up across the country who “get it”. They want the government out of their lives and they will not be silenced. We are continuing this fight.

So what’s next? How do we win influence, only to give it back to the people?

I’m thrilled to announce that Senator Paul has decided to keep Students for Rand’s momentum going by joining ranks with Young Americans for Liberty (YAL). YAL is the fastest growing pro-liberty youth organization in the United States and an astounding vehicle to welcome the SFR community. Through YAL we will have a plethora of resources, training, and all the tools to make liberty dominate college campuses.

Let’s thrust liberty into the mainstream. The ideas and principles of liberty are why we do this. It’s been an honor to work with individuals who fight for something bigger than themselves.

I’m excited to see SFRs merger with YAL develop our young people into future entrepreneurs, policy-makers, and community leaders who will lead with a liberty-centered vision. Imagine what’s in store when these 50,000 students graduate college and find themselves in positions of influence.

That’s a society to get excited about.

To Senator Paul, thank you. You inspired and motivated thousands of people, not to work for you, but for the ideas and principles of liberty. For that, I’m forever grateful.

In time, with the help of liberty activists everywhere, we will win.

Cliff Maloney Jr. served as the National Youth Director for the Rand Paul Presidential Campaign. Follow him on Twitter @LibertyCliff