If you’re justifying the assault on Rand Paul because you don’t like his politics, you’re an a**hole 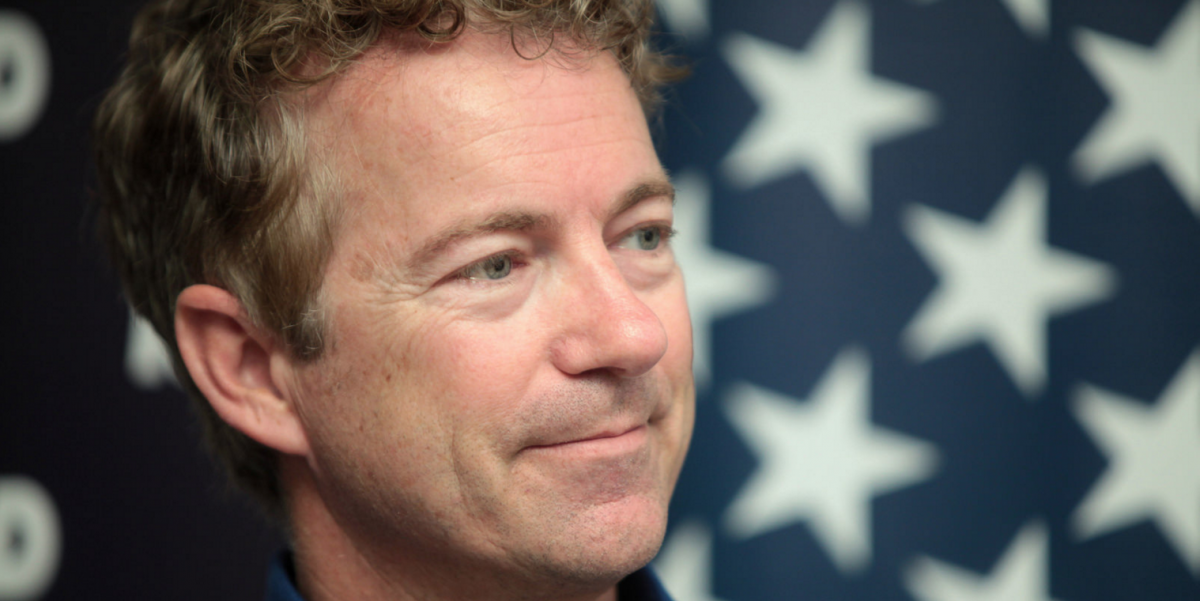 Last Friday, Rand Paul ended up in the hospital with six broken ribs. He was allegedly assaulted on his own property while mowing his lawn. The man charged with attacking him, 59-year-old Rene Boucher, was Paul’s neighbor.

Boucher’s lawyer said it had nothing to do with politics and was a “regrettable dispute between two neighbors.” Paul senior adviser Doug Stafford said they have no idea why it happened because “the Pauls have had no conversations with [Boucher] in many years.”

“The first ‘conversation’ with the attacker came after Sen. Paul’s ribs were broken,” said Stafford. “This was not a ‘fight,’ it was a blindside, violent attack by a disturbed person.”

Some speculated whether some “landscaping drama” was at the heart of this confrontation, with Paul supposedly being an extreme libertarian when it came to skirting neighborhood regulations and that it had become problematic for the community. Other neighbors said they couldn’t figure out why Boucher or anyone else would ever have a problem with the Paul family. “The Pauls’ landscaping looks just like everyone’s place in Rivergreen. Wish I could get him to cut my lawn,” said neighbor Robert Warner to the Washington Examiner.

So no one knows for sure what happened, exactly, at this point.

This didn’t stop some journalists from basically saying that Paul deserved to be brutalized because he’s a libertarian. Here’s a cutesy tweet from the senior editor of the New Republic:

God knows, if we had a libertarian neighbor we'd want to beat them. But c'mon folks, that's unacceptable. We're building a civilization here

But the worst example of this had to be GQ’s Jack Moore.

“Rand Paul is an asshole neighbor,” Moore writes. “He bought a house in a neighborhood that has certain rules with regard to lawns, and he decided that he doesn’t need to follow those rules because of his belief in ‘property rights’ that don’t actually exist.”

“This is, at its core, the problem with libertarianism,” Moore insisted. “Libertarians don’t want to follow the rules that we as a society have agreed upon, because they feel those rules step on their freedoms.”

Sen. Paul actually spends much of his time in the Senate insisting that all Americans follow the rules — particularly the national rulebook that is the Constitution of the United States — rules regularly broken by politicians in both parties including former presidents that Moore lavishes with praise.

What Moore is essentially saying is that Paul is an “asshole” because he reportedly grows pumpkins on his property and does other things the senator isn’t supposed to, an attitude Moore believes reflects the senator’s political philosophy.

What Jack Moore is saying is that Rand Paul kind of deserved to be assaulted for being a libertarian.

What an asshole thing to say.

“We will hopefully understand more about this puzzling incident soon,” said Reason’s Matt Welch in his excellent rejoinder. “In the meantime, a pledge: If and when Bernie Sanders gets curb-stomped by an irate Burlingtonian, I won’t use that as an excuse to talk about the inherently off-putting personal traits of democratic socialists.”

Indeed. What kind of person would excuse imposing physical harm on Sanders because of his political beliefs?

Similarly, no decent person would consider Gabrielle Giffords being shot an invitation to consider whether or not any eccentricities she possessed or her politics perhaps invited the attack. No reasonable soul would wonder if the lunatic who took aim with a rifle at Steve Scalise, Rand Paul and other Republicans practicing baseball in June was somehow justified. Only an asshole would even go there.

Even if everything Paul has been accused of regarding his lawn maintenance habits were true, the notion on any level that an assault is justified is morally reprehensible.

Moore does write, “So it sure seems like this Rene Boucher was also an asshole, who cared way too much about what his neighbor’s yard looked like.” But what Moore never writes is that Paul in no way deserved to be assaulted.

At the time of this writing, Sen. Paul is still reportedly in considerable pain. He apparently texted to Judge Andrew Napolitano that he was “pissed and miserable.” I can’t blame him.

In full disclosure, Rand is someone who I consider not only an ideological ally and former boss, but a friend. But even if I didn’t know the guy, even if I didn’t care anything about him or his politics, there’s not an ideological belief he could hold (even being a nazi!) that would justify in my mind that he somehow deserved to be physically attacked and caused pain and suffering.

Only an asshole would think that.