Instead of waiting for Trump to exhibit moral authority, we should make the presidency less powerful 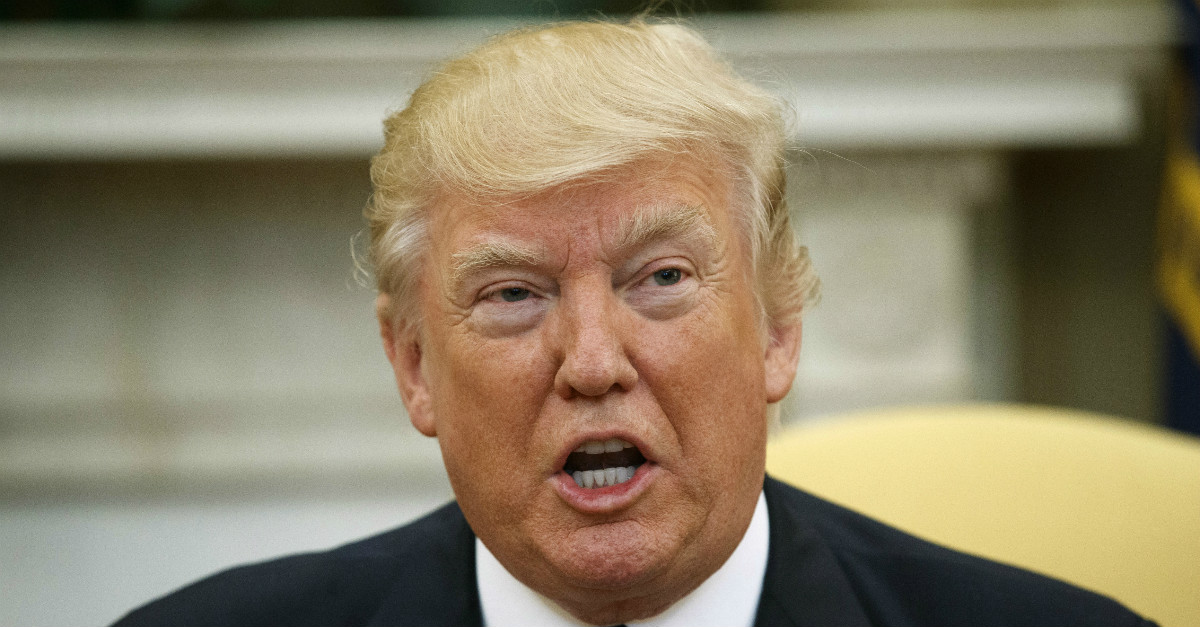 Among the many reactions to President Trump’s equivocating responses to the white nationalist violence in Charlottesville, the perspective of Senator Tim Scott strikes me as noteworthy. Scott is the Senate’s only black Republican, giving him a unique vantage point for the comments he offered in an interview on “Face the Nation” Sunday.

“As we … look to the future, it’s going to be very difficult for this president to lead, if in fact his moral authority remains compromised,” Scott said. “Sometimes you have positional authority, and that is very helpful,” he continued, “but the reality of it is, this nation responds to moral authority, when we believe that our president has the entire nation’s best interest at heart.”

Sen Scott: As we look to the future it’s going to be very difficult for this POTUS to lead if in fact moral authority remains compromised pic.twitter.com/VYeq720hew

Scott argued that Trump’s remarks last Tuesday, in which the president claimed there were some “very fine people” marching shoulder-to-shoulder with the KKK and other white nationalists in Virginia, “erased his positive comments on Monday.” He recommended Trump “sit down and become better acquainted, have a personal connection to the painful history of racism and bigotry of this country” before commenting further.

I want to highlight this because Scott is right that Trump’s moral authority is shot (assuming he ever had any in the first place), and that the president needs to become more knowledgeable about the history of racism of both the institutional and individual variety in America.

Where Scott goes awry, I think, is in his desire for Trump to regain that moral high ground. To be clear, I’m not suggesting it’s good or acceptable for the president to equivocate about white supremacy. I’m saying the authority and import of the presidency itself ought to be drastically reduced.

Noah Millman made this point well at The Week two days before Scott’s comments on CBS:

Twisting the president’s arm to get him to mouth the necessary words, so that we can all pretend nothing fundamental has changed, has the opposite of the intended effect. It reinforces the moral authority of the president’s words, such that his subsequent reversals have a greater impact.

For a long time, the president has bestrid the world like a colossus. Now we have a bad emperor on the throne, and unlikely to be removed any time soon. Rather than continue to strain to elevate him to the stature the office has historically demanded, isn’t it time to accept the smallness of the man, and cut the office down to fit?

RELATED: How do some people become attracted to white nationalism?

Though in some ways unique, Trump is not the first president of at best dubious character, nor will he be the last. He may never prove himself capable of demonstrating the moral authority Scott seeks, and future occupants of his office will almost certainly exhibit similar failings. It would be great if Trump and future presidents would follow Scott’s advice and become more thoughtful, ethical and educated about sensitive and complicated topics like race and violence — but I’m not too optimistic on that front.

Rather waiting around for the unlikely, the wise course is to diminish the authority of the presidency now.