Young Americans for Liberty (YAL) is not your grandpa’s political activism. In a time where more Americans are becoming increasingly dissatisfied with the political system, YAL is stepping in to offer a third option.

The student organization is “the largest, most active, and fastest-growing pro-liberty organization on America’s college campuses,” according to its website. The organization has more than 700 chapters and 275,000 members across the nation. Once a year, the student group invites its best student leaders to the biggest event of the year, the Young Americans for Liberty National Convention, or YALCON.

Maloney pointed to the expansion of libertarian thought in the United States while addressing the authoritarianism vs. libertarianism debate. Influential names like former Rep. Ron Paul (R-Texas), and his son, Sen. Rand Paul (R-Ky.), are actively working to take their ideas of small, principled government mainstream.

“The libertarian moment is just beginning,” Maloney said. “If we want this liberty movement to be a mainstream political revolution, we need each and every leader to step up and dedicate themselves to being the next great leader.”

#BeTheNext inspires the young activists to champion liberty ideas in the world around them, instead of waiting around for a politician or party to do so.

In a Huffington Post article, Maloney said that leaders exist at all levels:

“In order for the ideas of liberty to continue to expand, we must inspire more millennials to step up and make a difference. At YAL, we believe making a difference could mean anything from running for office to starting a non-profit organization. It could mean writing and analyzing policy, assisting the movement through the private sector, or becoming the next great libertarian thinker. Whichever path you take, we are challenging our leaders to devote themselves to our cause.”

Millennials live in a time where frustration with the political system is shaping many important events (see the 2016 presidential election). That frustration from others helps YAL’s mission.

“If we really want to see solutions that are Liberty-oriented,” Maloney said, “we need to have people in positions of political influence.”

#BeTheNext is a call to action to step up and “lead the narrative.”

RELATED: [FLASHBACK] Here’s 3 things you need to know about young people and liberty in America today

YALCON is made up of three main components: education, networking, and training.

Education: The convention serves as a space for young activists to grow in their liberty philosophy. YALCON 2016 invited well-known liberty leaders like former Rep. Ron Paul (R-Texas), Rep. Justin Amash (R-Mich.), Judge Andrew Napolitano, and Penn Jillette. YALCON has even reached out to more distinct voices such as Glenn Jacobs, known as WWE’s Kane on Monday and Tuesday nights.

Networking: YALCON 2016 brings in over 350 student leaders from every corner of the United States. The convention not only allows students to grow their own personal networks, but eases barriers often associated with national groups. A student activist in Nevada can meet another student activist doing the same work in Alaska, should the need for such a partnership ever arise. Most importantly, members can assuredly fall back on a community, removing the feeling that each member is going at their political philosophy alone.

Training: Of the main components of YALCON, training is the most important. Students will learn how to promote their messages on campus effectively. Students will also obtain skills needed for campaign work, should they decide to promote a message of liberty off campus. 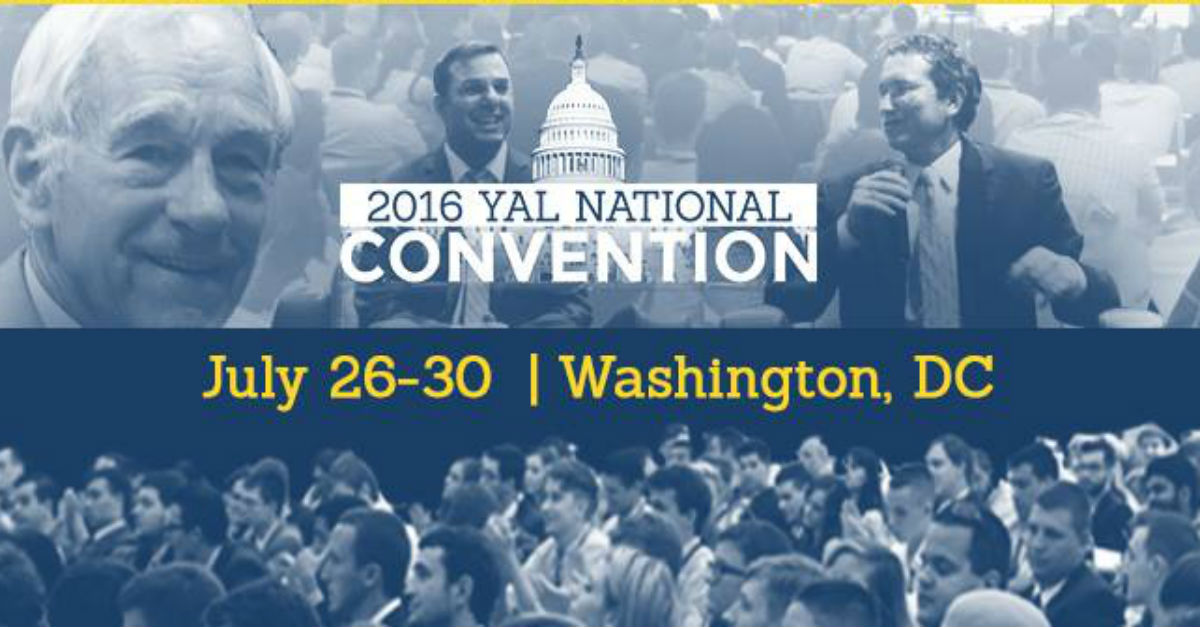