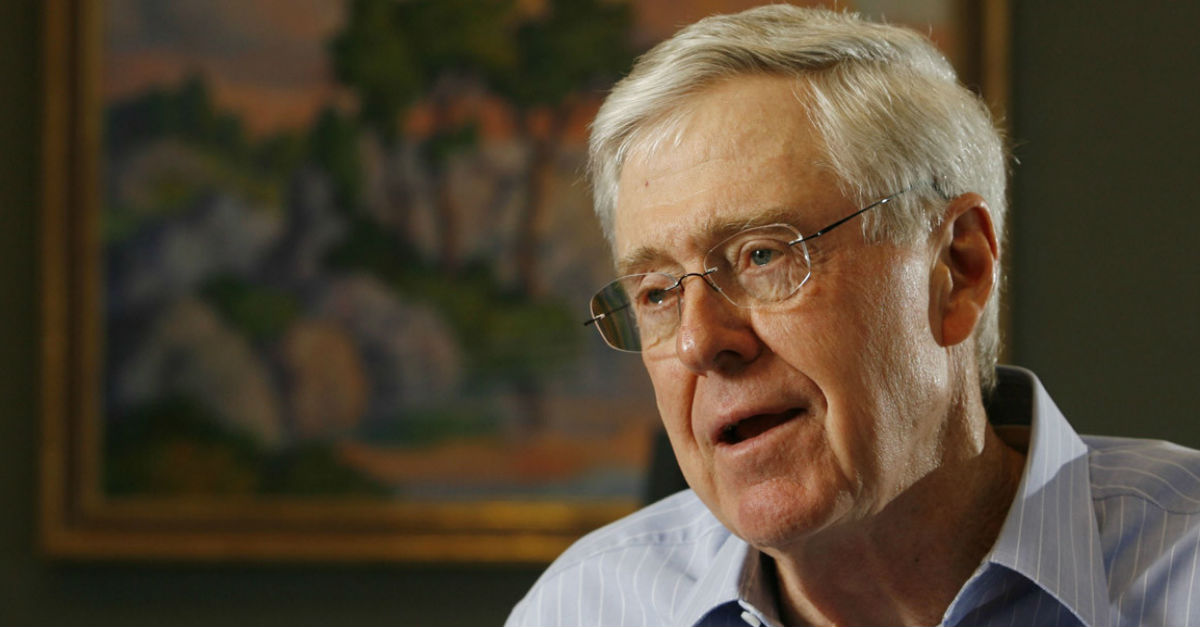 Charles Koch, the billionaire oil industrialist and favorite bogeyman of the left, penned a surprising op-ed in the Washington Post last week about Bernie Sanders:

The senator is upset with a political and economic system that is often rigged to help the privileged few at the expense of everyone else, particularly the least advantaged. He believes that we have a two-tiered society that increasingly dooms millions of our fellow citizens to lives of poverty and hopelessness. He thinks many corporations seek and benefit from corporate welfare while ordinary citizens are denied opportunities and a level playing field.

I agree with him.

Despite the radically different politics held by the two men, Koch seems to believe that libertarians and progressives can find common ground on many hot-button issues, like cronyism and criminal justice reform. On the former, Koch explains how the federal tax code’s $1.5 trillion of exemptions favor rich individuals and companies at the expense of the poor. On the latter, Koch points out the nonsensicalness of locking up low-income minorities for nonviolent “crimes” like possession of marijuana.

Koch’s peacemaking effort may seem surprising, considering that Sanders regularly attacks him by name. However, Koch’s network has been building bridges with progressive organizations for a while now. Last year, they formed the Coalition for Public Safety with unlikely liberal allies like the American Civil Liberties Union and the Center for American Progress.

Of course, all of this liberal coalition building raises an important question that Koch answers in his op-ed:

At this point you may be asking yourself, ?Is Charles Koch feeling the Bern??

I applaud the senator for giving a voice to many Americans struggling to get ahead in a system too often stacked in favor of the haves, but I disagree with his desire to expand the federal government?s control over people?s lives. This is what built so many barriers to opportunity in the first place.

While libertarians and progressives will never agree on everything, Koch’s outreach offers hope for real bipartisan solutions in the future.