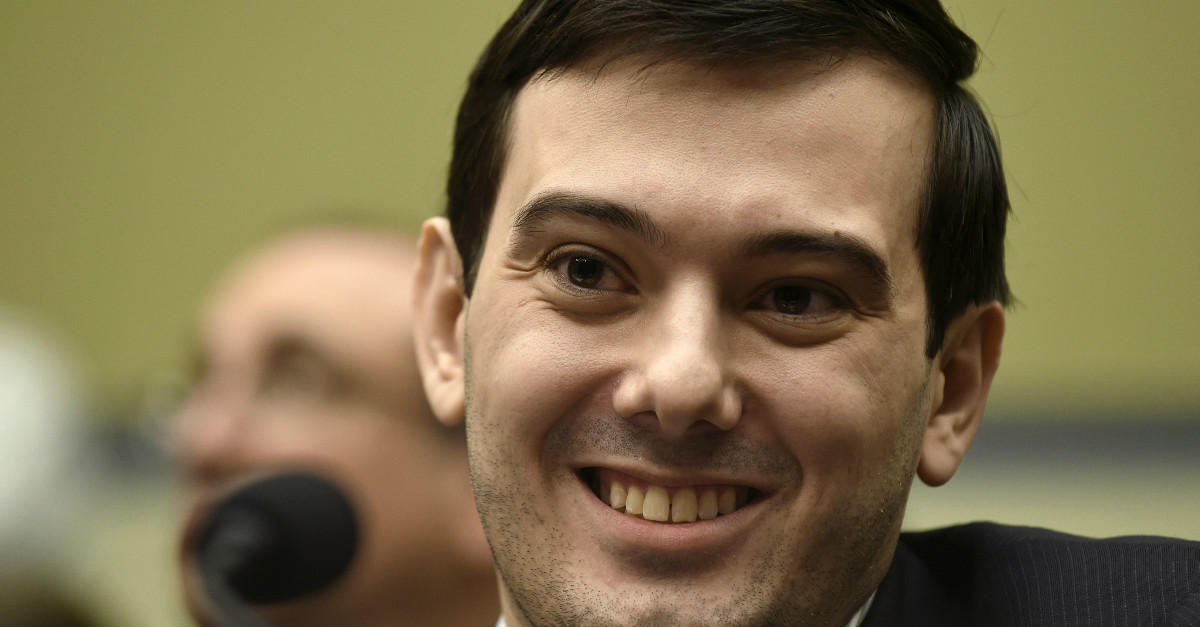 In a development that should surprise absolutely no one, Martin Shkreli?pharmaceutical entrepreneur and owner of the most punchable face imaginable?has followed in Milo Yiannopoulos? footsteps by getting himself banned from Twitter after harassing a female journalist.

Shkreli clearly wears the outrage he inspires as a badge of honor.

Ayn Rand?s protagonists often find themselves similarly reviled, and, like Shkreli, they enjoy the sputtering outrage they inspire among Rand?s paper-thin caricatures of ?moochers? by flatly refusing to adopt altruistic values.

Rand?s Objectivist supermen have dynamited housing projects, plundered humanitarian aid convoys, and indulged some seriously creepy rape fetishes, but even those guys?who I can only imagine were Shkreli?s childhood heroes?might be uncomfortable around a guy who raised the price of a life-saving drug by 5,000 percent and then spent days pettily harassing a woman.

RELATED: Why are we responding to insane PC culture with equally insane infantilism?

It all started when Shkreli direct messaged freelance journalist Lauren Duca on Twitter asking her to be his date to President-elect Donald J. Trump?s inauguration, which sounds like something out of a girls? slumber party game:

Duca responded, as any sane woman would, by tweeting a screenshot of the messages with the caption ?I would rather eat my own organs.? For most men, a woman?s expressed preference for autocannibalism over a date with them would be a clear indication to leave her alone.

Shkreli, however, is not most men.

He responded by tweeting a poorly photoshopped picture of him and Duca cuddling on the couch and spending what must have been a disturbingly long period of time creating a romantic collage of her pictures, which he then set as his Twitter banner.

RELATED: Patton Oswalt and Martin Shkreli went toe-to-toe on Twitter, and Shkreli should probably go crawl into a hole somewhere

After enduring all of this and more, Duca finally appealed to Twitter CEO Jack Dorsey, who dropped the banhammer on the notorious pharma bro. Shkreli probably jumped for joy when he discovered his banishment.

Some men stick to their principles even in the face of widespread animosity, and those men deserve respect. But for Shkreli it seems the outrage he inspires has become more important to him than any values he might once have held.

His are the actions of the schoolyard pest that your teacher said would leave you alone if you?d just ignore him. If only we could.