No, Donald Trump is not a libertarian president by any measure 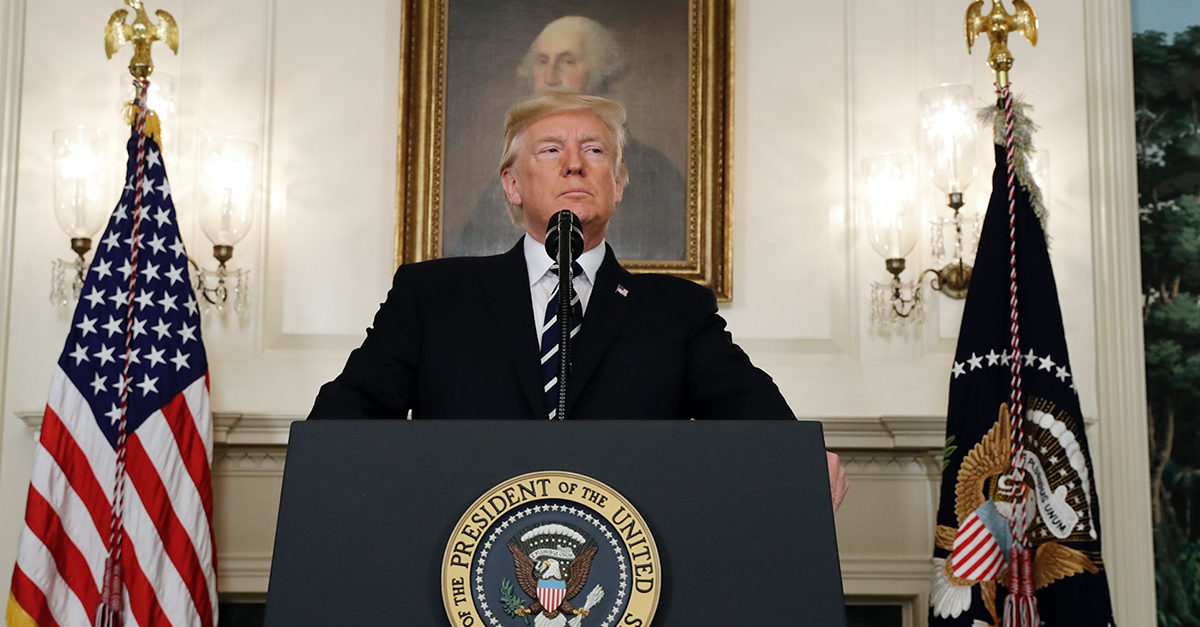 The American Conservative is a reliable source of thoughtful commentary, and an outlet to which I am happy to contribute on occasion. For these reasons I was prepared to give a fair reading to a Monday article, “Donald Trump: The Most Libertarian President Since Silent Cal,” by Ryan James Girdusky ? as much as the headline inclined me otherwise.

Unfortunately, no reading can make Girdusky’s case persuasive. President Trump is not libertarian by any measure, not even the extremely low bar of being the most libertarian-friendly president since Calvin Coolidge. While I welcome Girdusky’s efforts to give credit where it is due, his silence on so much of Trump’s authoritarianism is glaring and fatal to the piece.

I recommend reading the whole article over at The American Conservative before you proceed here, but I’ll quote a few of the most notable excerpts:

To start with, the Trump administration has been rolling back federal regulations at a faster speed than any other first-year president. As of October 12, 469 government rules have been stricken from the books, more than twice and three times the numbers of George W. Bush?s and Barack Obama?s first years respectively.

This is the strongest argument of the lot. Trump has indeed rolled back hundreds of regulations, and soon after taking office, he ordered that “for every one new regulation issued, at least two prior regulations be identified for elimination, and that the cost of planned regulations be prudently managed and controlled through a budgeting process.” A Competitive Enterprise Institute report found the Trump administration issued 2,183 rules in its first nine months, 18 percent fewer than the Obama administration issued in the same time.

Now, it’s worth noting that many of those 469 withdrawn regulations Girdusky mentions had never taken affect in the first place or will be replaced with different rules, neither of which sounds like real deregulation to me. But yes, all due caveats in place, Trump’s approach to regulation generally strikes me as good news in a country laden with far too many laws.

But is that alone enough to declare Trump in any sense libertarian? Well, let’s look at what else Girdusky writes:

[W]hile Trump isn?t the pacifist that many of his libertarian supporters had hoped he?d be, especially when comes to the war in Afghanistan, his first year in office saw a radical decrease in American involvement in Syria, with an end to aid for CIA-backed rebels in the region. The Trump administration is also conducting the Defense Department?s first-ever audit, which will hopefully lead to fat-trimming from its massive $639 billion budget.

Again, the Pentagon audit is good news and much overdue. But 1) it is legally required by Congress, so this isn’t a Trumpian innovation, and 2) Trump has promised again and again to inflate military spending beyond its present morass of bloat, waste, and incompetence. That “hopefully” is stretched very, very thin.

More to the point, however, is this a deeply misleading account of Trump’s foreign policy, the most important policy arena for a president. He’s not just “not a pacifist.” He has doubled down on the failures of his predecessors, continued the executive usurpation of war powers, fostered conflict in Eastern Europe, escalated in Yemen, escalated in Afghanistan, escalated with North Korea, and, yes, escalated in Syria.

Before Trump, the United States was engaged in endless war, what military historian Ret. Col. Andrew Bacevich has called “a pattern of promiscuous intervention” in which our “military policy [is] utterly unhinged” and “the term ‘peace’ itself has all but vanished from political discourse.” With Trump, none of that has changed, and you need not be a libertarian or pacifist to see it.

And then there’s this, which is nigh laughable:

Another first is Trump?s move to devolve executive power and restore Congress?s checks and balances. Unlike his predecessor, Trump is not governing through executive fiat and has kicked the ball back to Congress on a number of issues, including DACA, Iran sanctions, Obamacare subsidies, and 15 regulatory nullifications, which is 14 more than all the other presidents combined.

Likewise, Girdusky mentions Trump’s judicial appointments, claiming they are mostly “strict constitutionalists.” That may be (I confess I’m skeptical, though Supreme Court Justice Neil Gorsuch has shown very promising views on privacy rights), but it is too soon to judge their contribution to jurisprudence in their present roles. Consider that many SCOTUS justices undergo ideological drift with time.

Finally, there’s all the stuff Girdusky doesn’t mention, like the Attorney General Jeff Sessions’ approach to the drug war and asset forfeiture, or Trump’s gross disinterest in private property rights, or his personal and political crony capitalism, or his outright advocacy of police brutality and militarization.

I’ve said before and will say again that like any politician, Trump should be given credit and cooperation when those are due. But they are rarely due. I doubt libertarians could come to an agreement on how to determine our “best champion since Silent Cal,” but whatever the conclusion may be, Trump in aggregate has shown himself no champion of liberty.