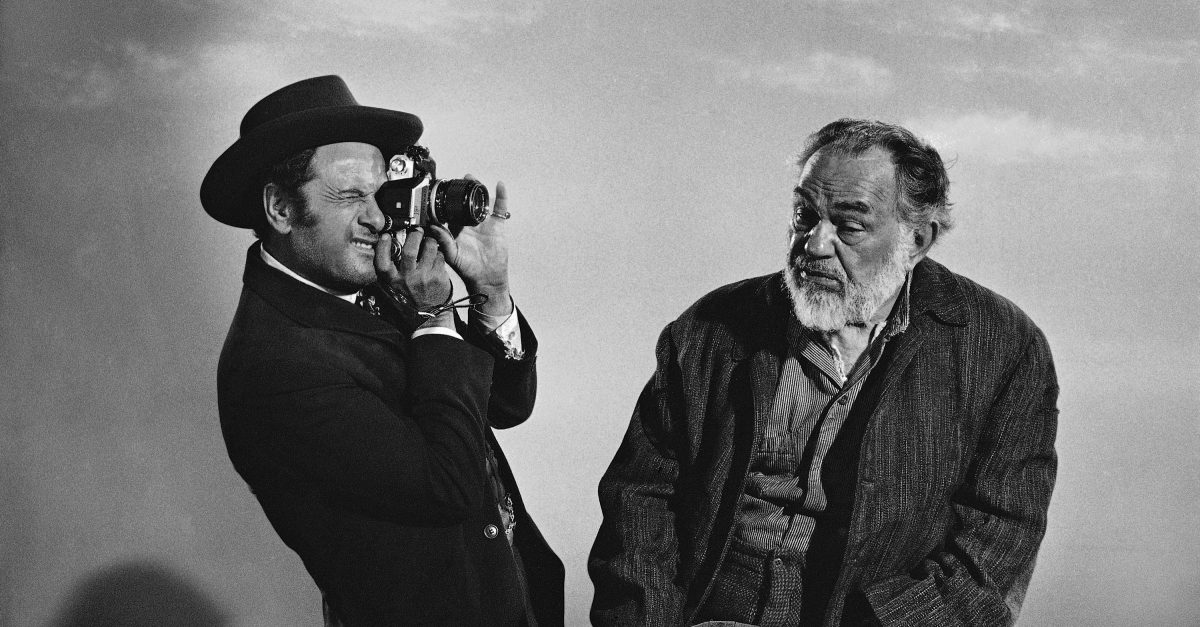 Did you hear the story about the scary unlicensed photographer whose reckless and unregulated picture taking killed a whole family and their little dog too?

You didn’t? Oh right, that’s because it never happened for the simple reason that photography is obviously not a dangerous activity which needs to be regulated by the government.

As explained in this conversation between Forbes’ Jared Meyer and Dale Kooyenga — a Wisconsin state representative who sponsored a bill prohibiting municipalities in his state from creating new occupational licenses or bigger fees for current ones — that common sense detail apparently escaped the city of Milwaukee:

Meyer: I noticed that your bill did ban municipalities from licensing one occupation—photographers. This must be one of your particularly egregious licensing examples. People seriously needed government’s permission to take pictures for a living?

Kooyenga: Yes, believe it or not, the city of Milwaukee required a license to take photos . As a pragmatic move, our bill banned local units of government from creating new licenses. But beyond that, we thought it was important to highlight examples of what we were banning. This is why we specifically said in the bill that no city could require a license for photography. Photography clearly poses no threat to public safety.

It would be funny were it not so sad.

The thing that makes dealing with onerous occupational licensing tricky is that its supporters often approach the issue like the blonde in the old joke about scaring off bears.

I’m probably butchering this a little, but the gist of it is that a blonde goes on a date and the guy she meets is surprised to see her show up to the restaurant carrying a large jar of mayonnaise. He’s curious, but he bites his tongue. On the second date, at the movies, she’s still got the jar. He’s quiet again, because he really likes this girl and doesn’t want to make things weird.

But on the third date, at an art museum, she has the mayo once more, and he finally asks, “What’s with the jar of mayonnaise?”

“It’s to keep away bears,” she answers.

“You can’t really believe that works,” he scoffs.

“Well, do you see any bears around?”

Regulators at all levels of government who have built a massive web of occupational licensing all around the country are likely well-intentioned and convinced their rules keep the public safe. The problem is that in a lot of cases there’s about as much connection between getting a state license and public safety as there is between carrying mayo and warding off bears.

For those who want to see burdensome licensing laws reformed in their states, Kooyenga offers some good advice from his practical experience in a state with silly regulations galore:

Meyer: Based on your experience in Wisconsin, what advice do you have for policymakers who want to reform occupational licensing in their states?

Kooyenga: The simple question to ask when evaluating licenses is, “Is the license and related education and training the only way to provide clear consumer health and safety protection?” If not, the requirements should fall or go away completely. Because of this, it is tempting for legislators to attempt to pass a large licensing reform bill—one that immediately ends dozens of unnecessary licenses or reduces education or experience requirements across-the-board.

Comprehensive licensing reform bills will rarely pass because the opposition is simply too strong. I have found it more effective to first play defense by stopping new licenses and other associated requirements. I also select very specific, particularly egregious examples to pass narrow bills that eliminate individual licenses or lower the education and experience requirements.

Read the rest of his insights here.