Please, Gary Johnson, stay the hell away from politics 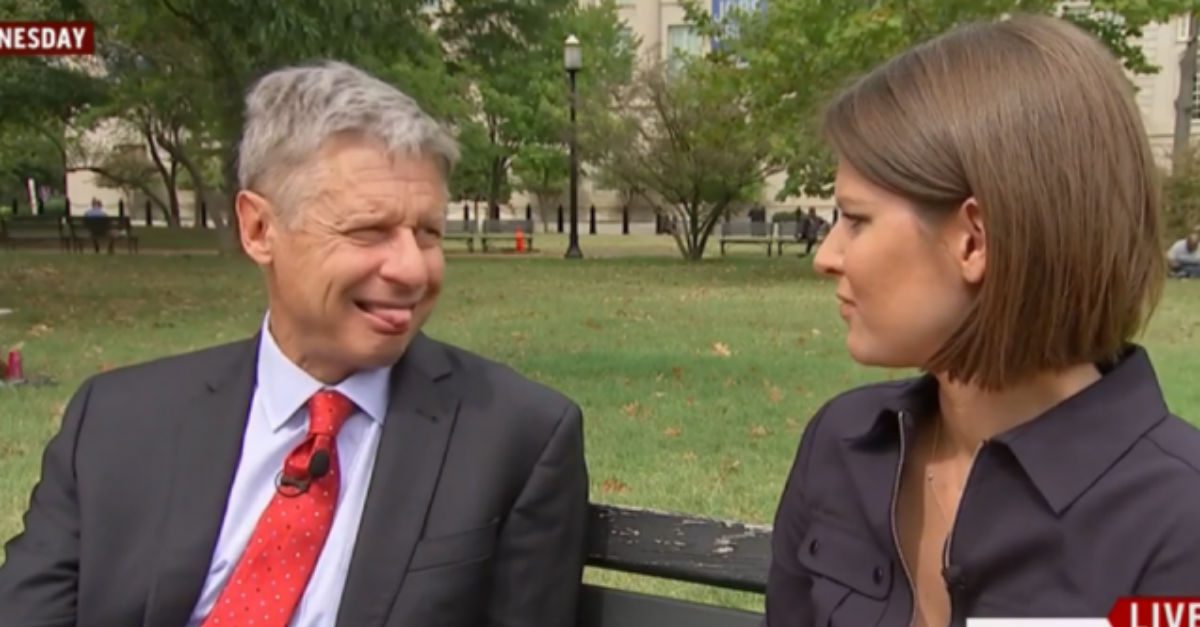 In 2016, 4.5 million Americans voted for Libertarian Gary Johnson for president. It was the most votes that party had ever received.

And, I wish those people had a better candidate to vote for than Johnson.

I supported Gary Johnson for president in the last election. In a race where the status quo of all status quo candidates, Democrat Hillary Clinton, was paired up against the most unconventional Republican nominee in modern political history, Donald Trump, many across the ideological spectrum yearned for an alternative.

RELATED: What a trip to the hospital taught me about Mitch McConnell?s lousy health care bill

The former two-time Republican New Mexico governor had a grand opportunity to capitalize on that.

Johnson was by far the most high profile third party candidate in 2016. For those of us disenchanted with both of the major party nominees, our hopes were high.

Not that Johnson would become president, of course, but that libertarian ideas and philosophy would be promoted at a new level, potentially piercing America’s popular conscience like never before. Cato?s David Boaz wrote a year ago that Johnson, ?will present a clear alternative to Trump and Clinton: strong and coherent fiscal conservatism, social liberalism, drug-policy reform, criminal-justice reform, reining in mass surveillance, ending executive abuse of power, and a prudent foreign policy that is neither promiscuously interventionist nor erratic and bombastic?all grounded in a philosophical commitment to liberty and limited government.?

Unfortunately, this never happened. To the degree that Johnson presented a liberty philosophy to the public, it certainly wasn’t a clear one, and these important policy issue debates were completely obscured by the infamous Aleppo controversy and many more flubs.

Aleppo is the Syrian city that is at the heart of the refugee crisis in that country. Johnson did not know what it was in a live interview on MSNBC and now having an “Aleppo moment” has become a popular way of describing a politician having a meltdown moment.

Many mainstream Republicans and Democrats have long said that libertarians should not be taken seriously on foreign policy, and Johnson reinforced that view.

What many libertarians had hoped would happen with the Johnson campaign–mainstreaming and elevating our philosophy–the exact opposite happened.

So when Reason reported on Thursday that Johnson was returning to politics, I did not rejoice–I recoiled.

RELATED: When your politics devolve into pure hero worship, you?re eventually going to sell out

Johnson had his chance, the biggest chance the Libertarian Party will likely ever have in our lifetimes, and his campaign did more to diminish liberty than promote it. Johnson’s simple 2016 task was two-fold: First, present libertarianism coherently, and hopefully, attractively. Second, don’t look like an idiot.

He failed on both.

Exactly one year ago today, I wrote, “For the next five months, Johnson and (running mate Bill Weld) will be what the public will see when they think of libertarians.”

Many have forgotten about Gary Johnson a year later. For the sake of liberty, that needs to continue.