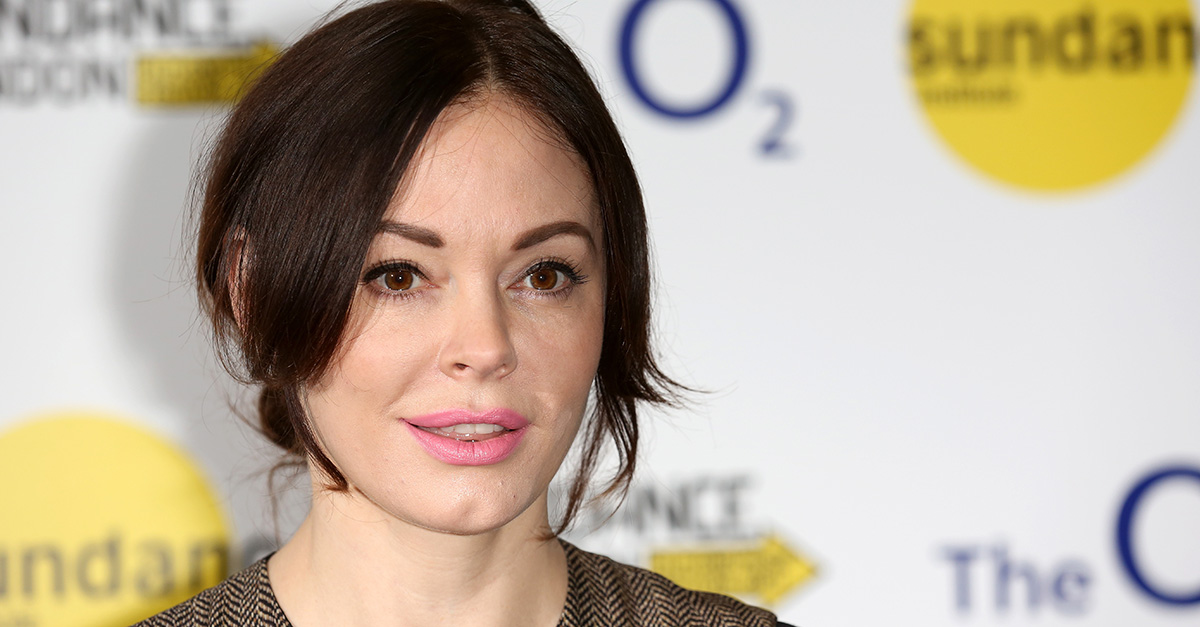 We’ve spent the past few weeks positively drowning in reports of sexual misconduct ? from verbal harassment to rape ? by famous and powerful men, and the stories involving actress Rose McGowan may be among the strangest of the lot.

To review, McGowan is the recipient of one of at least eight settlements disgraced producer Harvey Weinstein has reached with women who have accused him of gross sexual misconduct. (The settlements are just the tip of the iceberg; seriously, look at the sheer length of this list of accusations.)

In McGowan’s case, Weinstein paid because of a 1997 encounter during which McGowan alleges Weinstein raped her. For refusing to be silent about her assault, she says, she has suffered professional consequences including the cancellation of a show she was scheduled to film with Amazon Studios.

After McGowan went public, an in-depth investigation by The New Yorker concluded that Weinstein hired private investigators to spy on his accusers and journalists who wanted to report on their stories, collecting information to pressure them to keep silent. (Weinstein, of course, denies everything.) In McGowan’s case, two PIs reportedly assumed false identities to talk to her with the “explicit goal” of stopping “the publication of the abuse allegations.”

?It was like the movie ?Gaslight,?” McGowan said of her experience. ?Everyone lied to me all the time.?

The story gets stranger still.

This week, McGowan turned herself in to the police in Virginia, responding to a felony warrant against her leveling charges of drug possession. She’s accused of leaving her wallet plus two bags of cocaine on an airplane in January. The warrant was issued in February, but at that point McGowan wasn’t sure it was real. She’d received a strange Instagram message about the wallet and cocaine from a deleted account, and she was beginning to suspect she was being followed (as we now know, it’s quite possible she was right).

Now, there’s good reason to think McGowan will be able to escape these charges. She has the money to hire fancy attorneys. She tweeted to the airline about losing her wallet right after it happened, which would be a strange thing to do if she was also missing a whole lot of cocaine. The allegations about the PIs make it plausible that she is being framed. And crucially, as her lawyer noted, “Depending on when and where the wallet was lost, individuals other than Ms. McGowan had access to the wallet for somewhere between approximately 5 hours 40 minutes and more than 11 hours” before it was acquired by the cops.

[Because of the hours the wallet was available for other people to access], the charges should not have been filed. They’ll never hold up in court, because the long gap in chain of custody provides more than enough room for a reasonable doubt. But prosecutors have little sense of self-regulation on excessive charging like this, because they face no negative consequences for their decisions. “Who are they gonna believe, you or me?” a Texas prosecutor asked an Uber driver during a drunken tirade.

Thanks to video, that widespread sentiment within the law enforcement and criminal justice industry is slowly starting to be challenged. But it isn’t exactly on its last legs. Police officers are fairly regularly caught on tape planting drugs, but it doesn’t seem to have ended the practice. Here’s an example from, uh, yesterday.

McGowan is lucky, Krayewski writes: Her case will be subject to national scrutiny, and she’s well-equipped to fight her charges. But for “countless Americans without her wealth or fame” who are subjected to “the petty and abuse-prone nature of the drug war, as well as the lack of accountability prosecutors face for poor decision-making and misconduct,” things won’t turn out so well.