Shortly after midnight on Tuesday, July 5 Louisiana police officers arrived at the Triple S Food Mart in response to an anonymous caller who was homeless.

The tipster reported that a man in a red shirt who was selling CDs had threatened someone with a gun while standing outside the store. What happened next was all caught on a 48-second long cellphone video by a bystander.

Alton Sterling, 37, was shot and killed as he was pinned to the ground on his back. The cellphone video shows an officer tackling Sterling to the ground, followed by another officer forcing him onto his back.

Alton Sterling's killing shows how important it is to film cops https://t.co/d7gV1iZTNl pic.twitter.com/EDDSgikBj7

One of the officers is then heard screaming “he’s got a gun! Gun” and the second officer pulls out his own weapon, holding it close to Sterling’s chest. Then, the sound of multiple gunshots as the bystander recording the incident turns away. Though the body cameras worn by the officers reportedly fell off during the altercation, there is apparently police dashcam and store security camera footage of the shooting.

RELATED: Yet another graphic video of a fatal police shooting during a traffic stop has surfaced

A black police officer from Ohio Facebook Lived her reaction to the shooting Wednesday and is making waves for her remarks.

Nakia Jones, the first black female police officer to serve on the Warrensville Heights police force, condemned the actions of the police officers involved, partly out of concern that the general public’s opinion of police will get even more negative.

“I know officers that are like me that would give their life for other people. So I’m looking at it, and it tore me up because I got to see what you all see,” she went on. “If I wasn’t a police officer and I wasn’t on the inside, I would be saying, ‘Look at this racist stuff. Look at this.’ And it hurt me.”

The officers involved in the shooting have been identified as Baton Rouge police officers Blane Salamoni, 4-year veteran and Howie Lake II, 3-year veteran. Both officers were placed on paid administrative leave immediately following the shooting.

“If you are white and you’re working in a black community and you are racist, you need to be ashamed of yourself,” Jones added.

The aftermath of the police shooting that resulted in the death of 32-year-old Philando Castile was chillingly Facebook Lived by his girlfriend, Diamond Reynolds.

The harrowing video began with the words “stay with me,” then Reynolds says, “We got pulled over for a busted tail light in the back.”

Philando Castile's mom Valerie: "He lived by the law & died by the law." #FalconHeights pic.twitter.com/sgs7bdYFlG

Reynolds also says that Castille is licensed to carry a firearm and claims that before officers opened fire, her boyfriend was trying to get his ID from his wallet in his back pocket.

According to Reynolds, that’s when the officer fired upon her boyfriend.

“[Castile] let the officer know that he had a firearm and he was reaching for his wallet,” the woman says into the phone.

“I told him not to reach for it! I told him to get his hands up!” the officer responded.

A third video of a police shooting also emerged on Wednesday.

Dylan Noble, 19, was shot during a traffic stop on June 25. The video of the incident filmed by a bystander showed officers fire two shots while he was on the ground.

In all, he was shot four times, and had no firearms on his person or in his truck.

Police were responding to a call saying that a man in camouflage was walking around with a rifle.

Nakia Jones has been on the police force since 1996. Her video has been viewed more than three million times. 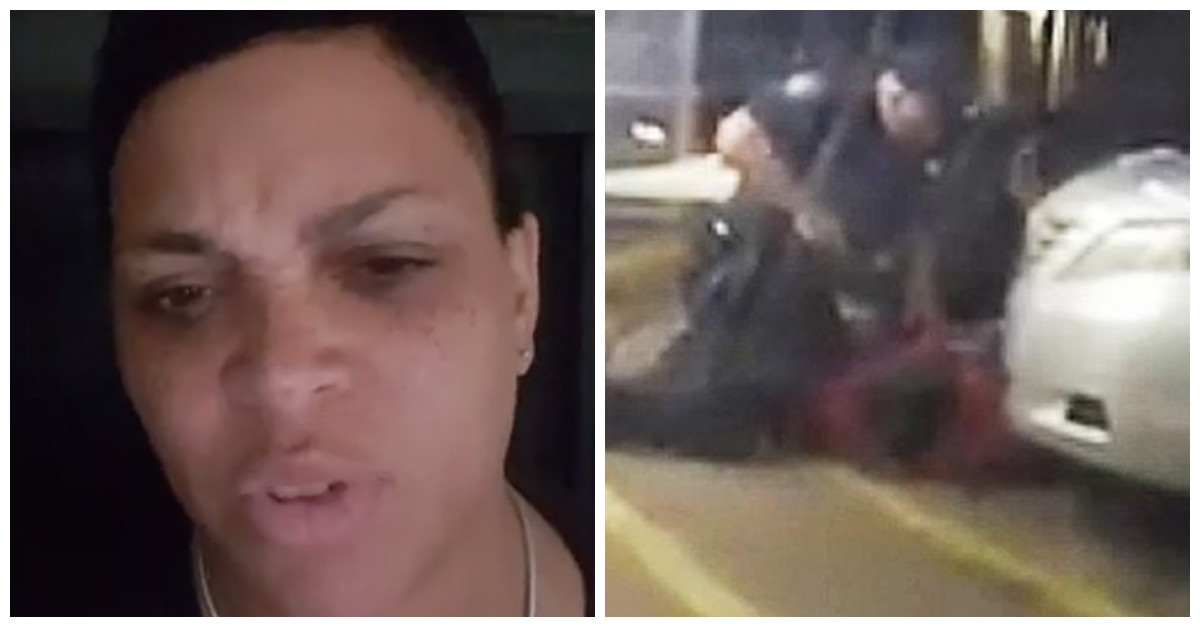