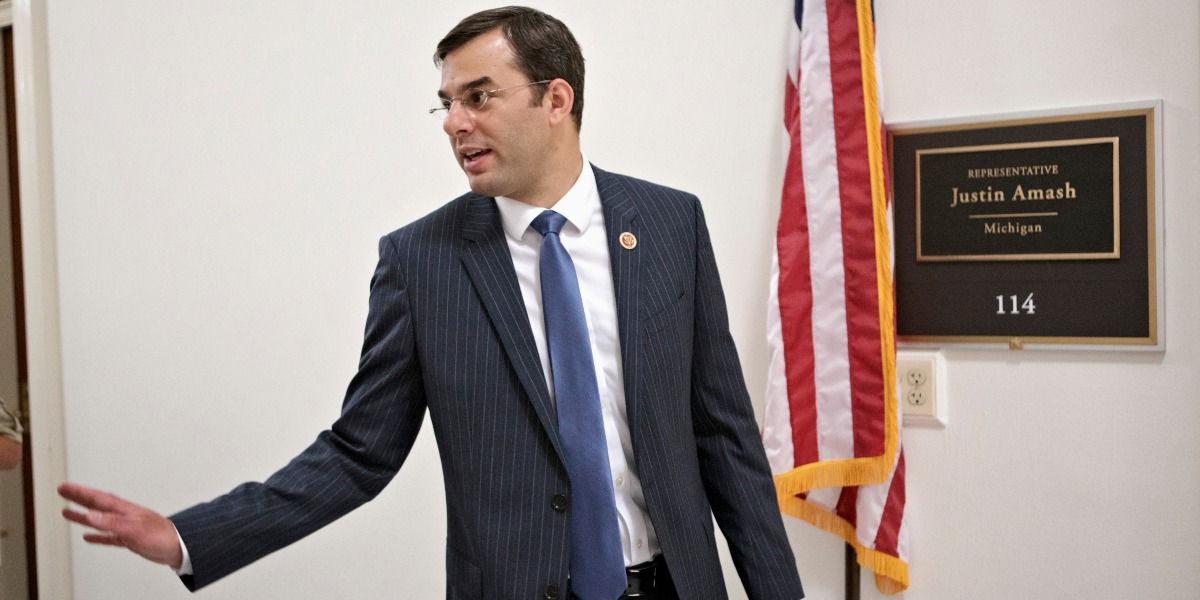 AP Photo/J. Scott Applewhite
Rep. Justin Amash, R-Mich., returns to his office from a constituent meeting before the vote on the Defense spending bill in the House containing his amendment to cut funding to the National Security Agency's program that collects phone records, on Capitol Hill, Wednesday, July 24, 2013. The White House and congressional backers of the NSA's electronic surveillance program are warning that ending the massive collection of phone records from millions of Americans would put the nation at risk from another terrorist attack. (AP Photo/J. Scott Applewhite)

The House voted Tuesday to curb law enforcement’s ability to seize cash and property from people suspected — but not charged — of illegal activity.

The bipartisan effort, led by Michigan Rep. Justin Amash, adds an amendment to the 2018 spending bill curbing the federal government’s ability to ease state laws restricting civil asset forfeiture, according to The Hill.

“This practice is outrageous,” Amash said during debate on the House floor. “It supplants the authority of states to regulate their own law enforcement and it further mires the federal government in unconstitutional asset forfeitures.”

Approximately two dozen states have laws that make seizing property more difficult if an individual has not been convicted of a crime.

Democratic Rep. Don Beyer of Virginia was among the bill’s sponsors. “Civil asset forfeiture without limits presents one of the strongest threats to our civil, property, and Constitutional rights,” he said. “It creates a perverse incentive to seek profits over justice.”

Republicans Mark Sanford of South Carolina and Idaho’s Raúl Labrador also sponsored the bill, as did Democrats Pramila Jayapal of Washington and California’s Ro Khanna. The amendment was adopted by a voice vote, and the bill as a whole is expected to pass later on this week.

According to a report by the Justice Department in March, more than $6 billion has been distributed to state and local law enforcement through civil asset forfeiture.