It’s time to tame the rising cost of mass incarceration 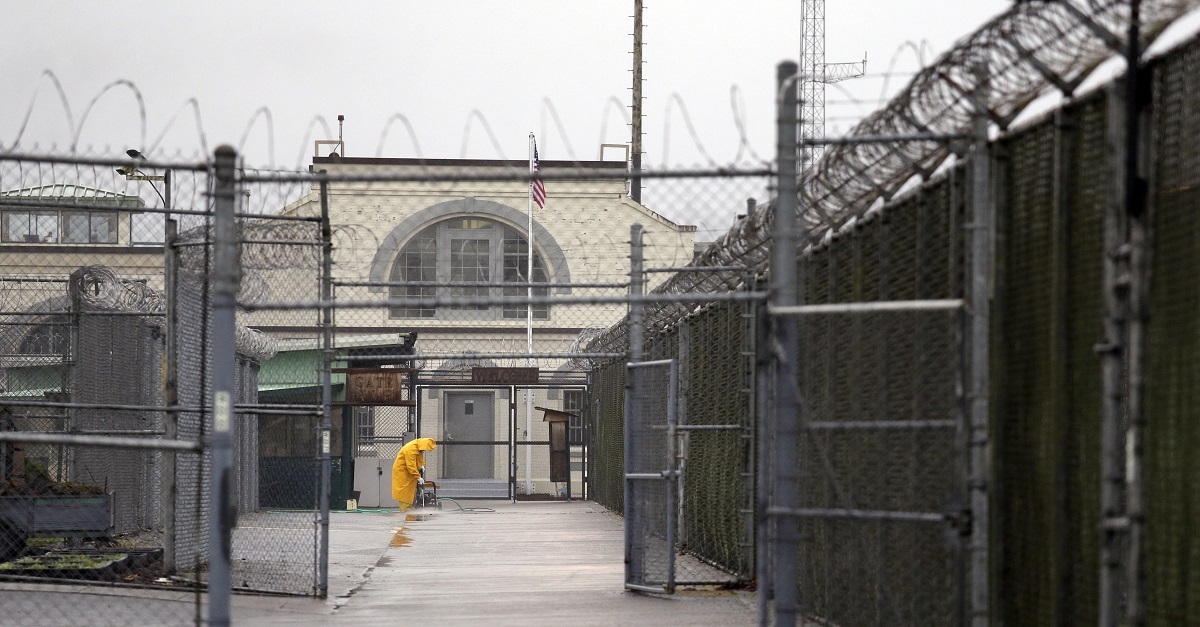 AP Photo/Elaine Thompson
In this photo taken Thursday, Jan. 28, 2016, a man does maintenance work between razor wire-topped fences at the Monroe Correctional Complex in Monroe, Wash. College education in American prisons is starting to grow again, more than two decades since federal government dollars were prohibited from being used for college programs behind bars. The shift comes as everyone from President Barack Obama to state policymakers are looking for ways to get better results from the $80 billion the U.S. spends annually on incarceration. (AP Photo/Elaine Thompson)

While the media and most of the Beltway focuses on the tax reform fight, Senate Democrats introduced a bill aimed at combating the opioid epidemic. The $45 billion bill hopes to provide investment in additional treatment options, recovery and prevention efforts. While opioids come in the form of both legal (Vicodin) and illegal (heroin) drugs, the illegal use of both have contributed to the growing number of Americans that are incarcerated.

Since 1980, the federal prison population in the United States has grown nearly eight times, and while the U.S. has less than five percent of the world?s population, it now houses nearly one-fourth of the world?s prisoners — more than any other country, including China and Russia.

Today, nearly half of all federal prisoners are locked up for drug offenses — in fact, nearly 17,000 inmates are serving life sentences for nonviolent crimes. No single piece of legislation can solve all of the problems with incarceration, though there are signs that leaders in both parties are moving toward criminal justice reform and reevaluating some aspects of the drug war — specifically its hefty price tag.

In one study, the average per inmate cost of incarceration is over $30,000 annually, with states like New York and New Jersey topping over $50,000. In 2010, South Carolina responded to the rising costs by passing S. 1154, the Omnibus Crime Reduction and Sentencing Reform Act of 2010. Specifically, the bill implemented sentencing and parole reforms and provided ongoing oversight of sentencing and corrections reform. It saved the state up to $175 million in construction costs and avoided more than $66 million in operating costs over the next five years.

But regardless of how you feel about the intricacies of criminal justice policy, the high cost of the status quo should concern everyone. In fiscal year 2013, the Bureau of Prison?s budget made up over a quarter of the total Department of Justice budget. Their budget is ticking upward as well?in fiscal year 2015 they requested $8.5 billion for federal prisons and detention. Add in the cost that states pay for prisons and that number rises to more than $45 billion in total for the 40 states studied.

Also concerning for taxpayers is the fact that these costs will continue to rise as long as recidivism rates remain high. A National Institute of Justice study finds that two-thirds of prisoners were arrested again within three years of being released. This number has remained nearly unchanged since the 1980s, meaning that the conservatives? tough on crime attitude has done little to curb this ongoing problem, except expand how much taxpayers spend on locking prisoners up.

In a national poll from Pew Charitable Trusts, eight out of 10 people believe in reforming mandatory minimum sentencing. In addition, six out of 10 polled believe that there are too many drug offenders behind bars. This is a bipartisan issue that conservatives and progressives can get behind. There is a role for government to protect public safety and ensure that violent offenders do not harm citizens, but locking up non-violent offenders who don?t pose a danger to society wastes resources and money that could be used more efficiently.

These policies also hurt the people that end up behind bars. In a study by the U.S. Sentencing Commission, half of federal offenders in the Commission?s study were rearrested, about one-third were reconvicted, and one-quarter were reincarcerated. Once a person is arrested, the likelihood of them finding a job and becoming a contributing member of society shrinks dramatically and they often end of in the system again, continuing a life of crime.

Ultimately, the cost of prisons is only a small fraction of the total budget of the United States, but as policymakers in both parties begin to reevaluate criminal justice policies, fiscal conservatives have a unique opportunity to evaluate our justice system to ensure that sentencing is cost-effective and helps protect society against criminal elements and waste alike.