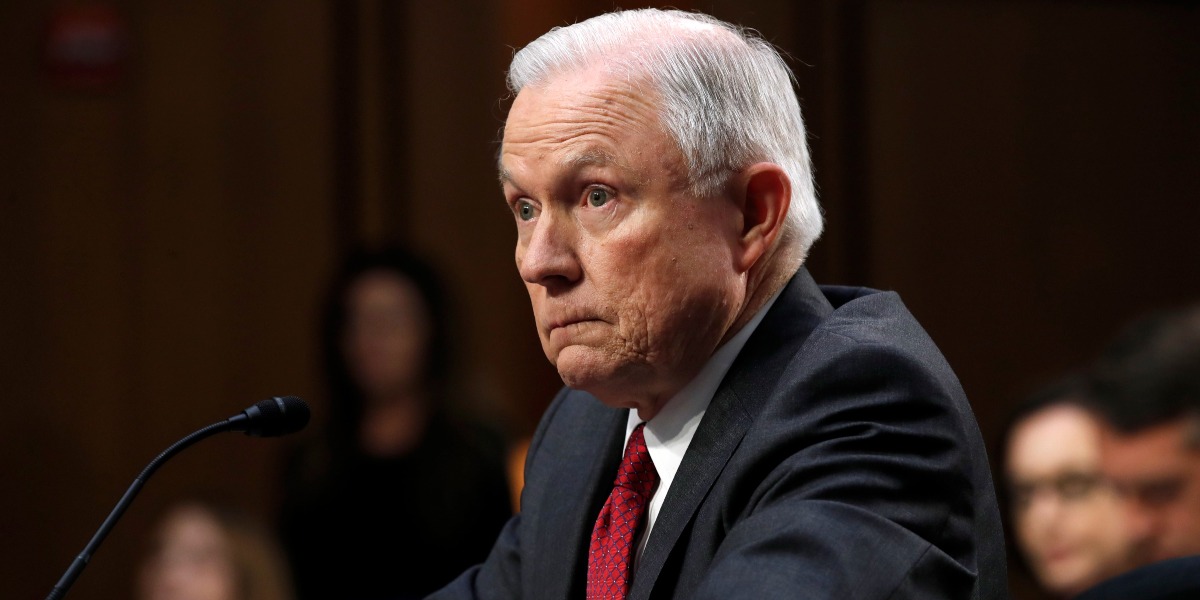 AP Photo/Jacquelyn Martin
Attorney General Jeff Sessions listens to a question while testifying on Capitol Hill in Washington, Tuesday, June 13, 2017, before the Senate Intelligence Committee hearing about his role in the firing of James Comey, his Russian contacts during the campaign and his decision to recuse from an investigation into possible ties between Moscow and associates of President Donald Trump. (AP Photo/Jacquelyn Martin)

On Tuesday evening, Attorney General Jeff Sessions released a memo announcing his plan for a new position at the Justice Department, a “Director of Asset Forfeiture Accountability,” whose duties he described as follows:

The Director will be expected to work with appropriate Department components on ensuring compliance with my previously issued order as well as to receive, promptly review and take appropriate action  relating to any complaints concerning the Department’s conduct of asset forfeiture that may arise from judges, attorneys, defendants or other sources. The Director will also gather such data and make such recommendations as will enhance the integrity, efficiency and effectiveness of the program.

RARE POV: 1 in 3 Republicans say unchecked strongman government would be good for America

The program in question includes two categories: criminal asset forfeiture and civil asset forfeiture. Criminal forfeiture is when the government confiscates money or stuff it believes you acquired through criminal activity for which you have been convicted. Sometimes this is reasonable ? for instance, you shouldn’t get to keep something you stole ? bu  it has been abused or applied in really unreasonable ways.

And this is no small problem. Americans now lose more money annually to civil asset forfeiture than to actual burglars, the Washington Post reports.

This week’s announcement would be newsworthy coming from any attorney general, but it’s especially notable coming from Sessions, who has a long and appalling record on asset forfeiture.

Sessions denies that there’s anything wrong with the government taking money and property from people who haven’t been convicted of any crime. He says it’s “perfectly appropriate … to deter illegal behavior” and is not “taking someone’s liberty.”

When I saw Sessions published this memo, I admit I got my hopes up that he had finally come to understand why a whopping 84 percent of Americans say civil asset forfeiture is not acceptable.

Sadly, my hopes were in vain. In a statement accompanying the memo, Sessions reaffirmed his erroneous belief that asset forfeiture ? the civil sort included ? “is a key tool that helps law enforcement defund organized crime, take back ill-gotten gains and prevent new crimes from being committed, and it weakens the criminals and the cartels.”

Whatever reforms this new position accomplishes, they won’t go far enough, because the civil asset forfeiture program will still exist.