More than 660 people have been killed by police officers in the United States this year so far. Number 661 was Justine Ruszczyk Damond, an Australian woman who was fatally shot by a cop in Minneapolis this week.

Unlike many other high-profile police shootings — like the death of Philando Castile, who was also killed by a Twin Cities officer — Damond’s death wasn’t caught on camera. Ironically, that’s part of why this tragedy has made headlines: Minneapolis police wear body cameras, but the officers involved didn’t have their cameras turned on when one of them shot Damond as she went out to meet them, unarmed and in her pajamas, in her own alleyway, after having summoned them by calling 911.

Any time unarmed, nonviolent people are summarily shot by law enforcement whose very job is to protect those victims, questions abound. In this case, there are plenty.

Like why were the body cameras turned off and the dashcams useless? Why would police approaching a situation they evidently believe will be violent neglect that transparency measure?

Having footage of a tense interaction with the public is something cops should want to: If they are falsely accused, those cameras are what will exonerate them. On a larger scale, why are body cameras operated at the officers’ discretion? Is it possible to have them always running, or perhaps motion-triggered so this can’t happen again?

Body cameras are great technology, but they can’t be a source of accountability if they’re not used correctly.

Why is the camera situation being investigated internally by the Minneapolis police themselves instead of an independent investigator? The potential for conflicts of interest here is obvious, and even if the police department is fair and impartial, the public will always have reason to doubt their conclusion.

Why was the officer responsible, one Mohamed Noor, out among the public with a rookie partner? Noor had just two years of experience himself and three complaints on his record, including one incident in which he and other officers were accused of entering a woman’s home without permission and manhandling her while taking her for mental health treatment.

At the institutional level, does it make sense for a police department to deploy a team like this? Is that going to serve the public well?

And why, why, why was Damond shot at all? We haven’t heard the 911 call, so we don’t yet know what Noor and his partner were expecting to find when they rolled into that alley.

But here’s the thing: I live in the Twin Cities, and most alleys don’t really like look dangerous.

It’s usually little garages, sheds, backyards, and patios — even at night, not a scary, dark alley situation. Not a place where the police could say they felt trapped or surrounded by the buildings.

When those two police officers drove into the alley, Damond reportedly approached the driver’s side window, at which point Noor reached across his partner from the passenger seat and shot her repeatedly in the abdomen.

Why? It’s beyond ludicrous. She wasn’t a threat. She didn’t do anything wrong or violent. And now she’s dead.

The Minneapolis PD have a lot to answer for. 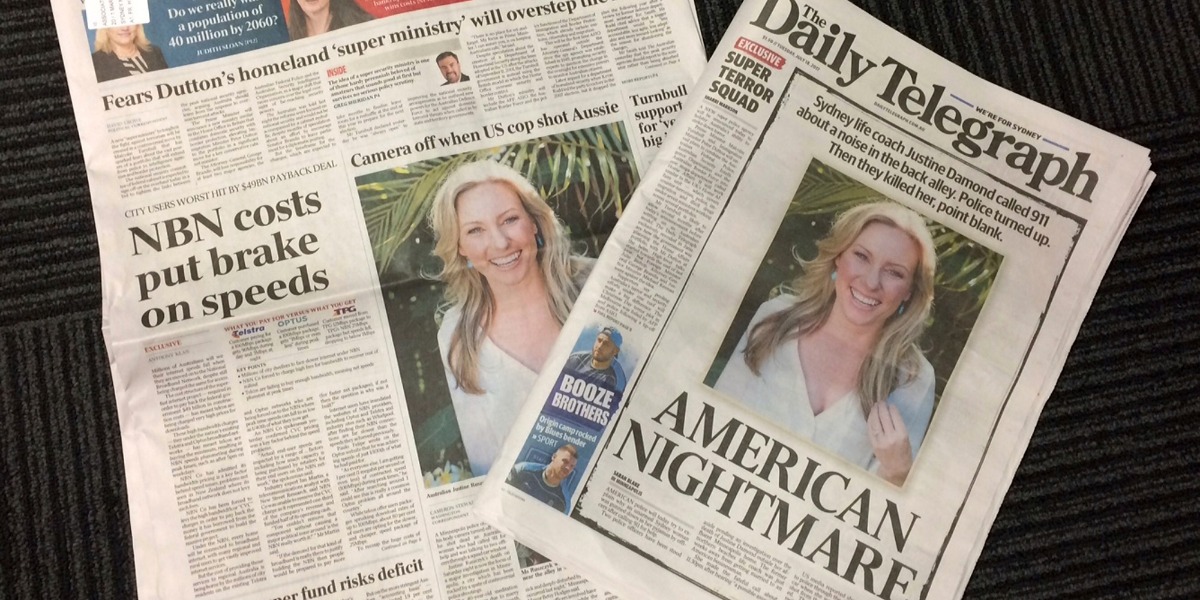