One step forward, two steps back on civil asset forfeiture 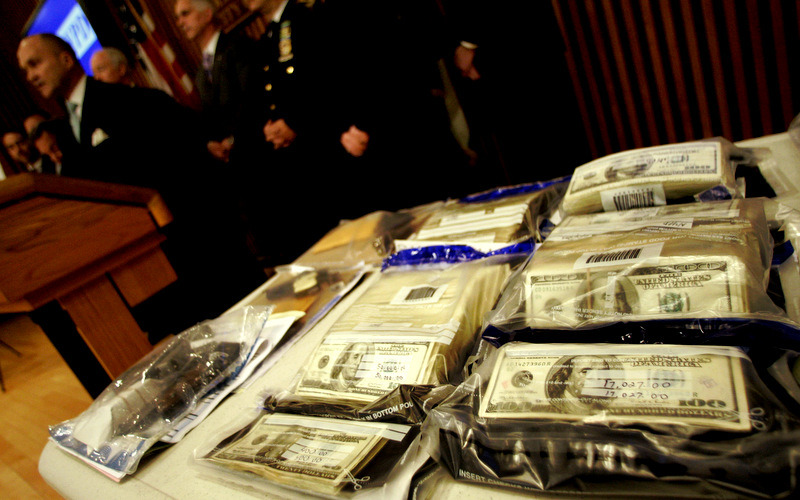 Let’s start with the good news: Yesterday, Ohio Gov. John Kasich signed into a law a bill that makes it much more difficult for police to permanently confiscate people’s money and stuff without getting them convicted of a crime. This is a much-needed reform of the state’s civil asset forfeiture laws, as Nick Sibilla explains at Forbes:

Under the legislation, HB 347, Ohio will set a new threshold for civil forfeiture. To forfeit properties valued at under $15,000, the government must first convict the property’s owner in criminal court.

Speaking on the floor of the Ohio Senate, Sen. Kris Jordan said that while abolishing civil forfeiture would be “ideal,” the bill still “moves us in the right direction.” Although data for Ohio is spotty (the state gutted a forfeiture reporting requirement in 2012), records from other states suggest Ohio’s threshold should protect many property owners. According to a 2015 report by the Institute for Justice, half of all forfeitures in Illinois and Minnesota were under $530 and $451, respectively. Those relatively small sums are a far cry from targeting drug kingpins or dismantling criminal enterprises.

Jordan is right that a full ban on civil asset forfeiture — which all too often devastates the lives and finances of innocent people — would be preferable, but kudos to Ohio and Kasich for taking this positive step.

Unfortunately, other civil forfeiture news this week is not so promising. In Mississippi, it turns out that cops have actually been taking people’s furniture, presumably because it is suspicious to furnish one’s living room. Reason’s C.J. Ciaramella reports:

It was the first time in Mississippi defense attorney Richard Rehfeldt’s long career that he can remember where police seized a client’s furniture.

In 2012, Rehfeldt says the Hind County Sheriff’s Office raided his client’s apartment on suspicion her boyfriend was a drug dealer. Anything purchased with drug proceeds is fair game to be seized by police under civil asset forfeiture laws, and they determined the boyfriend had furnished the apartment, so off went her TV, her table and chairs, her couch, her lamps, and even the pictures on the wall.

“Her case is the first in my 38 years of practicing law where they took the furniture,” Rehfeldt says.

Under a settlement agreement, all of it was eventually returned. Well, all of it except the couch.

The couch is memorable, but as Ciaramella documents, it’s a very small part of the forfeiture racket in Mississippi, where narcotics officers alone seized $4 million plus vehicles and other property in a single year, 2015. Lots of these confiscations involve “petty cash and cars in connection to little more than misdemeanor drug possession charges,” and victims rarely get the entirety of their property and money returned.

This is a gross abuse of power in service to the failed drug war, and it resembles theft and extortion more than anything like legitimate law enforcement.

And third, The Daily Caller published an opinion piece by Chuck Canterbury, president of the Fraternal Order of Police, in which Canterbury engages in blatant deflection as he denies that civil asset forfeiture is a real problem. An excerpt from his article:

At a time when the number of officers is declining, federal assistance to state and local agencies is evaporating and deliberate attacks on law enforcement officers are rising, how can this issue be a law enforcement priority?  Why are anecdotal accounts in the media suddenly making this a priority in the editorial pages of some newspapers?

For over 30 years, the asset forfeiture program has allowed law enforcement to deprive criminals of both the proceeds and tools of crime. The resources provided by the equitable sharing program have allowed agencies to participate in joint task forces to thwart and deter serious criminal activity and terrorism, purchase equipment, provide training upgrade technology, engage their communities, and better protect their officers.  It has been remarkably successful.

Of course, the issue at hand is not whether asset forfeiture sometimes helps fight crime or bolster police budgets.

The issue is that it takes money from innocent people who have not been convicted of anything and places it in police coffers.

The issue is that it creates an incredibly perverse incentive for police to harass regular citizens and make it difficult for them to reclaim their property, because they are accorded no due process rights.

RELATED: The Miranda warning needs to be updated for the digital age—here’s how

Canterbury can mislead and misinterpret all he likes, but the fact is that when Americans across partisan lines hear about civil asset forfeiture and understand how it can affect their families and communities, they want it gone.

“The forfeiture program has indeed been ‘remarkably successful’ in separating citizens from their property,” writes Scott Shackford at Reason in a response to Canterbury. “The grotesque abuses of the program were what earned it so much negative attention.”

And this new law in Ohio suggests that Canterbury and his allies won’t be able to stem the tide of reform.