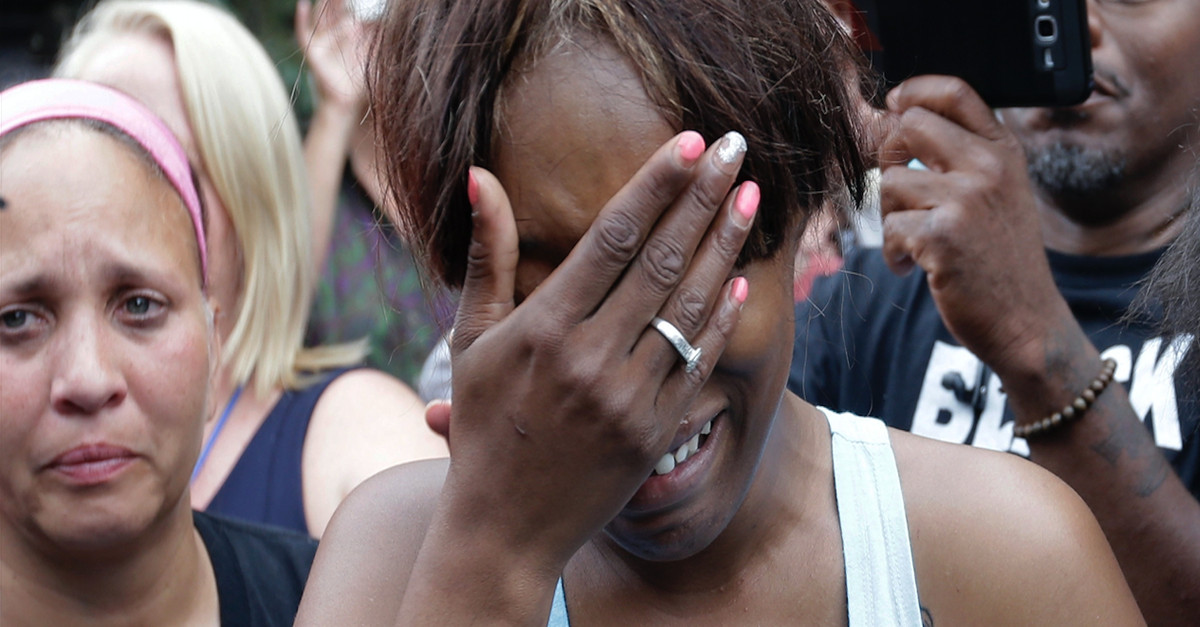 (AP Photo/Jim Mone)
Diamond Reynolds, the girlfriend of Philando Castile of St. Paul, cries outside the governor's residence in St. Paul, Minn., on Thursday, July 7, 2016. Castile was shot and killed after a traffic stop by police in Falcon Heights, Wednesday night. A video shot by Reynolds of the shooting went viral. (AP Photo/Jim Mone)

In the midst of the chaos of the murders of five police officers in Dallas, integral information may have been released that shines a new light into the death of Philando Castile.

Kare11 in Minnesota posted clips that appear to be a recording of dispatch audio related to Castile’s death. According to Kare11, a license plate named in the recording matches that of Castile’s vehicle, and the location in which it was stopped matches the location where Castile’s body was recovered.

RELATED: “It’s OK, Mommy…I’m here with you,” the little girl told her mommy after a policeman killed Philando Castile

Castile died after being shot by police Wednesday evening. He was in a car with a woman, Diamond Reynolds, who identified herself as his girlfriend. There was also a little girl in the back seat of the vehicle. Reynolds live-streamed the immediate aftermath of the incident on Facebook.

“I’m going to stop a car,” the officer says to the dispatcher on the audio recording.

“I’m going to check IDs.  I have reason to pull it over.”

“The two occupants just look like people that were involved in a robbery,” the officer continues. “The driver looks more like one of our suspects, just ‘cause of the wide set nose.”

Moments later, a call of “shots fired” is heard.

As Reynolds records, an officer approaches the couple with his gun drawn and argues with the woman about what happened.

“[Castile] let the officer know that he had a firearm and he was reaching for his wallet,” the woman says into the phone.

“I told him not to reach for it! I told him to get his hands up!” the officer responds.

RELATED: Philando Castile’s girlfriend can’t hold back her rage and tears in first public statement since his death

After Reynolds is taken from the vehicle, her phone continues recording officers assessing the scene. Throughout the video, men in the background continuously scream “fuck” and Reynolds can be heard arguing with the police. Later in the video, Reynolds estimates that the officer fired four or five shots at her boyfriend.

If the audio is authentic (local police have not responded for calls to confirm its authenticity), it would indicate that Philando Castile was not pulled over for a broken taillight, as he was told, but because he looked like someone who may have committed a robbery.

We’ll let you fill in the blanks.