Police use of SWAT teams in non-emergency situations has been on the rise for years, with troubling implications. As I’ve written here and at The Week, SWAT teams were originally conceived of as a way to deal with extremely dangerous confrontations with violent criminals. Today, they’re used for stuff like killing backyard chickens, capturing  Twitter trolls and shutting down unlicensed barber shops.

All told, more than 80,000 SWAT raids are conducted nationwide each year, mostly to fight the failed war on drugs and frequently in low-risk situations where military-level force is blatantly unnecessary. This is all happening as the official need for SWAT continues to shrink: Violent crime is way down and only 7 percent of SWAT team raids occur in the dangerous contexts where the use of such force actually make sense.

RELATED: The other 49 states should copy what Utah is doing to rein in SWAT teams

That context is what makes so interesting an interview over at the American Conservative with Craig Atkinson, director of a documentary about police militarization called “Do Not Resist.” An excerpt:

JP: Of course, at least in that case, the people they were pursuing were actually violent criminals who posed a threat to public safety. That’s really not the case in most SWAT raids, is it?

There are plenty of reasons to be heavily equipped in this way. Terrorist events would be one of them. I point people all the time to the Pulse nightclub shooting, where they used an armored vehicle to puncture a hole in the side of a wall and then free hostages.

We kept being told the entire time that this equipment was going to be used for a terrorist event or a hostage situation or a barricaded gunman. Then every single time we conducted a search warrant, it was for drugs. We did half a dozen raids while making the film. One time we found a bowl of weed. All the time, destroying the home and arresting people for small quantities of drugs.

An ACLU report says 80 percent of SWAT deployments are for search warrants, and if you look at the search warrants, the vast majority of those are for nonviolent drug offenses. Clearly there’s a time when you actually need this equipment, but we kept going out and seeing it used for low level offenses.

RELATED: The DEA bribed snoops with stolen money to rifle through Americans’ mail

Today you’re also able to seize the assets inside of the home and have those assets returned directly back to your police department. Gone are the days where you would take the asset and put it into a general fund for the city. After the feds stepped in and created the “equitable sharing” program, as long as a police department includes one federal agent on their task force, then their department itself gets to keep 80 percent of the money, and the feds get 20 percent of the money as a kickback.

So you’ve created a financial incentive for departments to go in and seize those assets, and that’s very much what we saw in the raid portrayed in the film. The first thing that was said when we got back to the police department in South Carolina was, “Did we seize anything?”

Read the whole conversation here. It’s worth your time. 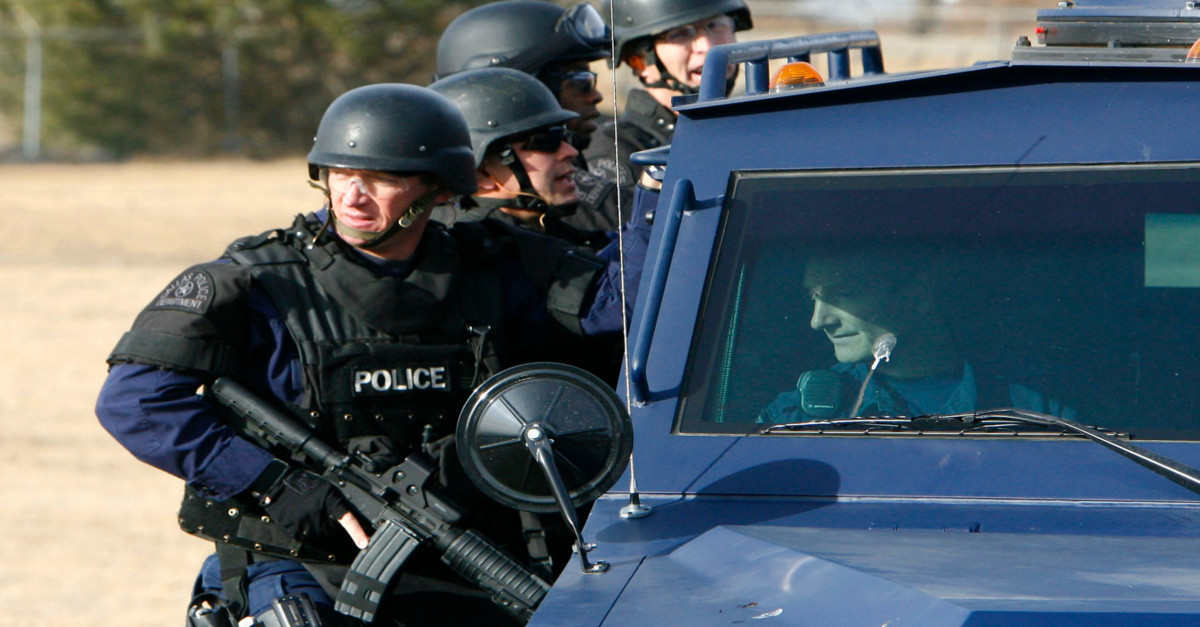