A North Carolina Uber driver named Jesse Bright was pulled over by police in late February, and as the traffic stop began, he decided to record the interaction with his phone.

The officer who came to the car window wasn’t happy to see Bright’s camera rolling and asked him to shut it off. Bright respectfully declined, which led to this unexpected conversation (transcription via WECT):

Officer: Don’t record me. You got me?

Driver: Look, you’re a police officer on duty. I can record you.

Officer walks to driver’s side of vehicle

Officer: Be careful because there is a new law. Turn it off or I’ll take you to jail.

Driver: For recording you? What is the law?

Officer: Step out of the car.

Driver: What are you arresting me for? I’m sitting here in my car. I’m just recording in case anything happens. I’m surrounded by five police officers.

Officer:  You’re being a jerk.

Driver: I’m scared right now. I’m not being a jerk. I’m recording in case anything happens.

Officer: You better hope we don’t find something in your car?

Driver: You’re not searching my car?

Driver: You’re not searching my car.

Officer: I hope so. I know what the law is.

Driver: I know the law. I’m an attorney, so I would hope I know what the law is.

Officer: And an Uber driver?

As it turns out, yes. Bright is an attorney who also drives Uber because, like many millennials, he has a lot of student loan debt he’d like to pay off.

It also turns out his legal knowledge was spot-on: Contrary the police officer’s attempt to claim that a new law had just made it illegal to film cops in North Carolina, no such rule exists. “Taking photographs and videos of people that are in plain sight including the police is your legal right,” said a statement released by the police department involved after Bright’s fiasco.

“As a matter of fact we invite citizens to do so when they believe it is necessary,” the statement added. “We believe that public videos help to protect the police as well as our citizens and provide critical information during police and citizen interaction.”

That’s all true — but what if Bright weren’t an attorney? What if he really were just an Uber driver with the average American’s uncertainty about his rights when dealing with police?

Bright’s encounter reiterates why it’s so important to know your rights before interacting with the cops. Even the best-intentioned police officers can make serious, life-ruining mistakes, and with the perverse policing incentives of civil asset forfeiture in play, we sadly cannot assume the best intentions.

Either way, as the police statement said after Bright’s encounter, accountability is good for police and average citizens alike. 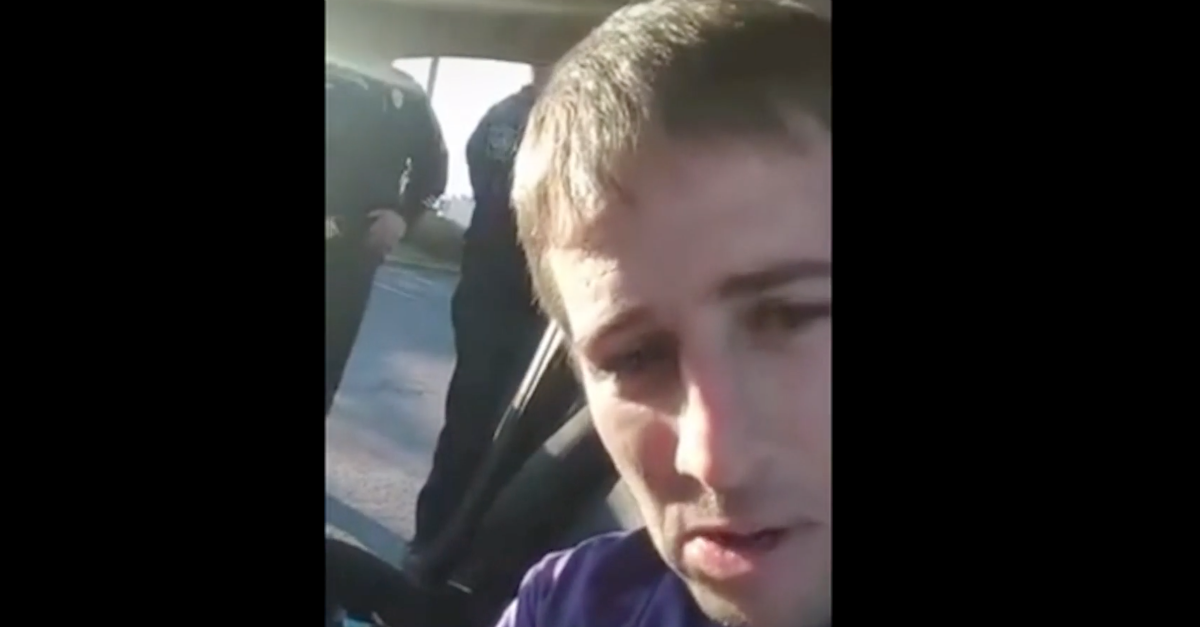