“To do the right thing takes everything you got as a human.” By the time I was finished playing “This is the Police,” I didn’t know how to follow my own character’s advice.

The game, released this summer for PC by Weappy, offers players a glimpse into the pressures and choices law enforcement contends with. The result is a darkly libertarian takeaway—the public institutions we prize are ultimately staffed by people just as self-interested, flawed, and even corruptible as the rest of us.

Related: Our government continues to steal people’s money and ruin their lives with civil asset forfeiture

Players step into the shoes of the grizzled 60-year-old Police Chief of Freeburg, Jack Boyd. You’re a fundamentally good guy who’d prefer to be an honest cop. But the mayor is making you resign in six months without a pension. In that time, you’ve got to amass half a million for your retirement, all the while keeping an overbearing city hall, a prying prosecutor, the powerful mafia, and your restive police union happy enough not to put you behind bars—or in the ground.

Though set in a fictional American city of the 1980s, the game’s Belarussian developers, who partly funded the project on Kickstarter, drew inspiration from their country’s own history of corruption. Their influence shows—players end up in repeated moral quandaries, “choosing between bad and bad.” The game’s minimalist, noir aesthetic and its melancholy jazz soundtrack combine to convey the weight of your choices following you throughout.

In my first play-through, I tried to be the good cop. The mayor told me to violently suppress a civil rights protest outside his office. I told him to shove it. He promptly cut my budget, manufacturing the excuse of racism within the department. Freeburg turned into Detroit as I had to begin picking which crimes I could actually respond to with my skeleton crew of a force. On top of that, I refused to work with the mafia, busting the very operations they tried to keep me from harassing. Within two weeks, I got whacked.

For round two, I decided to do whatever it took to stay alive and cash out. When the mayor wanted me to crack heads, I cracked heads. The city prosecutor then wanted to know why I dispersed a peaceful gay rights rally with the SWAT team. Luckily, I had paid my deputy to produce fake evidence of a mafia threat on my family so that I could avoid ratting on the mayor and losing more of my budget. To afford these insurance policies to begin with, I built up a significant war-chest through cronyist pay for play favors for wealthy business interests. In order to make myself less of a target, I readily accepted mafia bribes to look the other way. I even enlisted the mob’s help to resell confiscated drugs and guns on the black market. If officers didn’t like my set-up, I bought their silence or arranged for “accidents.” I helped my mafia patrons take down their upstart rivals in the interests of city peace. When I started a case against the mob itself, I resorted to torturing witnesses if I couldn’t persuade them to testify through normal conventional means.

“This is the Police” could benefit from taking half as long to complete, offering an easier save system, and better exploring the tradeoffs between broken window and community policing philosophies. It would have also benefitted from a bigger focus on managing race relations and police brutality problems. That said, I enjoyed chuckling at the game’s ridiculous crime scenarios, some of the lazier officers’ moronic excuses for calling in sick, and the town’s mass hysteria over the later emergence of a serial killer. It’s hard to thread the needle of thoughtful tragicomedy, but for only $15 on Steam, this game succeeded.

Related: Donald Trump would fail his own immigration test

We rarely hear about corruption so blatant in 2016, thanks to the work of brave people in decades’ past, but it’s important to note that the pressures and choices of “This is the Police” are common in many places around the world, and still occur in the US. Just last month, NYPD Commissioner Bill Bratton and four deputies resigned amid an unfolding corruption scandal that’s already netted the Deputy Chief and three other officers. The Chicago Police Department recently came under fire for maintaining covert “black sites” where witnesses were illegally detained and tortured.

Above all else, playing “This is the Police” cemented for me the recent words of famous NYPD detective and whistleblower Frank Serpico: “All corruption is nothing more than a business, a good old self-serving business, a money-making business at the expense of the little guy and society at large.” 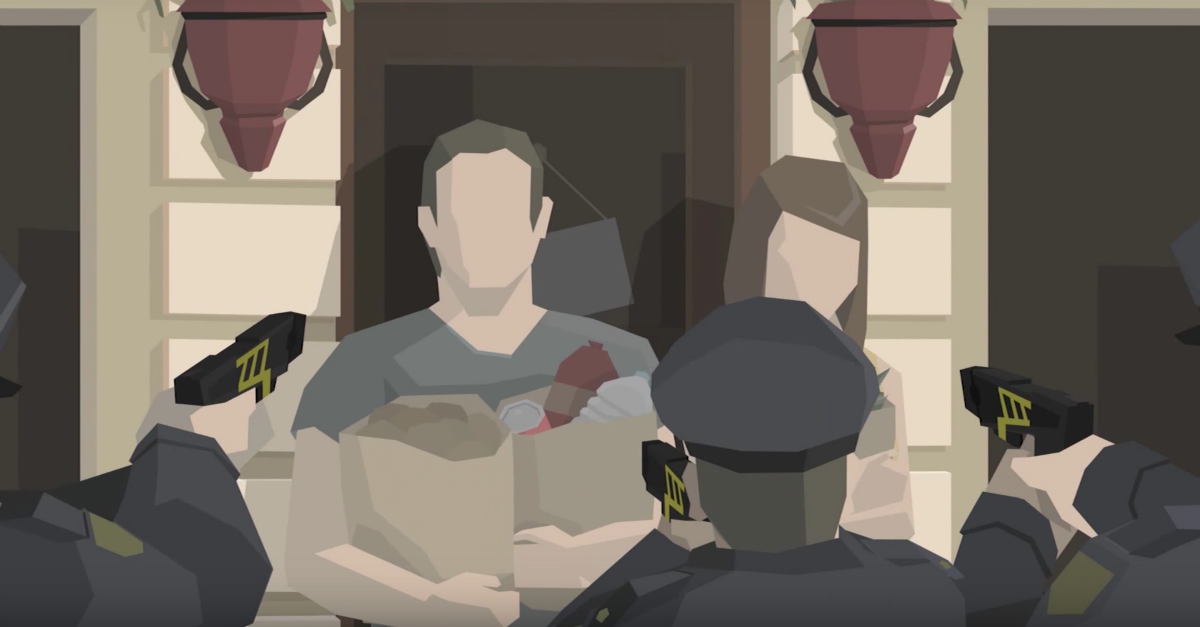