After graphic video of the fatal shooting of 37-year-old Alton Sterling by police surfaced Tuesday and before equally shocking video of 32-year-old Philando Castile being shot to death by police came to light late Wednesday, a third video of a fatal shooting during a traffic stop emerged.

RELATED: A man was shot by a cop and his girlfriend caught the horrifying aftermath on Facebook Live

Video out of California released by the Fresno Bee on Wednesday showed the final moments of 19-year-old Dylan Noble, who was shot while he was on the ground outside of a Chevron gas station.

The incident took place on June 25.

The officers can be heard commanding Noble to raise his hands. Two shots were fired during the video, but Noble was shot four times in all.

According to the Fresno Bee, the two officers involved have been on the police force for 20 years and 17 years respectively.

Police say Noble ignored commands and put his right hand into his waistband, and the officer, fearing for his life, pulled the trigger. Police Chief Jerry Dyer said that the cops were wearing body cameras at the time and filmed the shooting from 12 feet away.

This video has not yet been released.

Dyer said a criminal investigation is ongoing and may be completed by the end of August.

“I anticipate the criminal investigation will be completed by the end of August as there is a need to wait for all of the physical evidence to be analyzed either by the Department of Justice and/or the Coroner’s Office,” he said.

Dyer also said he contacted the FBI last week to “actively monitor and review this investigation,” and that the FBI agreed.

Consequently, the FBI “will have complete access to any and all reports, recordings, interviews, and physical evidence that will allow them to come up with an independent finding.”

The officers involved have not been identified.

Although Noble had no criminal history, and although Chief Dyer said “there was no firearm on this individual” and “no firearm found in the pickup,” police said they believed he was armed.

Police were responding to a call from a woman who said a man in camouflage had a rifle. While investigating, police heard Noble speed off in his truck.

They followed him and said “walked toward officers very rapidly” once stopped. Police say Noble said “I hate my (expletive) life” and pulled his hand out.

One officer fired three rounds from his pistol, while the second fired a shotgun. 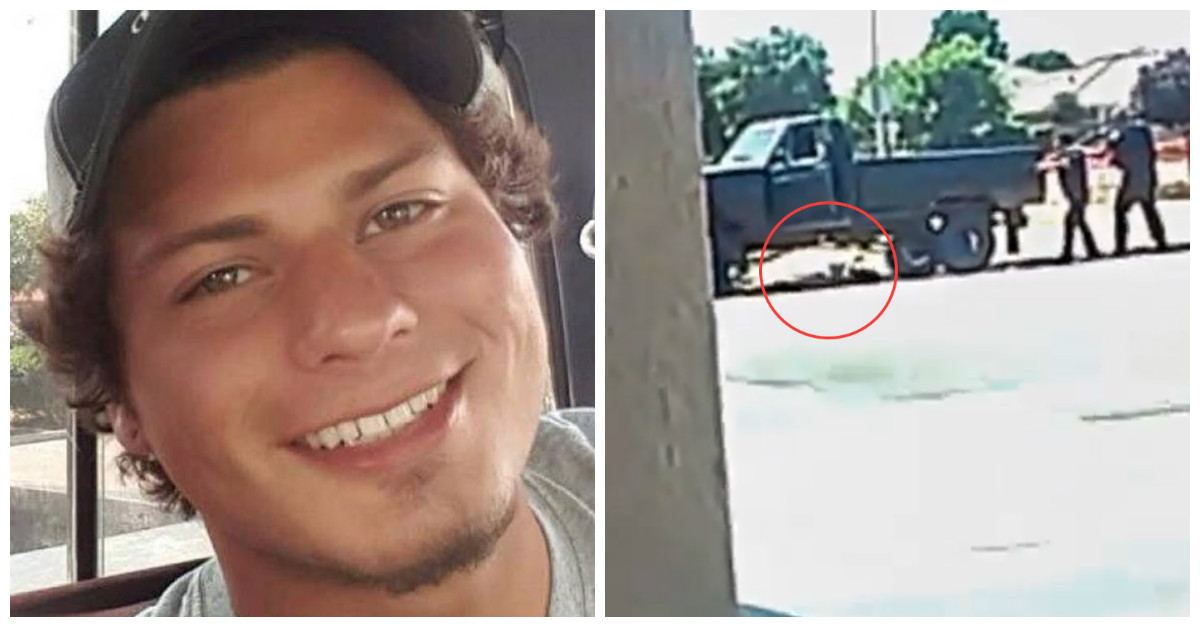