Sen. Rand Paul gave a fiery speech on the senate floor Wednesday, blasting his own party for wanting to pass a budget that would add trillions to the national debt all in the name of repealing Obamacare.

What will the first order of business be for the new Republican majority? To pass a budget that never balances. pic.twitter.com/DEBquJvK7P

RELATED: Rand Paul and Thomas Massie introduce “Audit the Fed,” and what Donald Trump thinks about it is encouraging

Is that really what we campaigned on? Is that really what the Republican Party represents? Our first order of business will be a budget that never balances? And they tell, ‘oh, but it’s not a budget.’ If you listen they will say ‘no, no, it is a vehicle to repeal Obamacare.’

And yet I have the title in front of me. It says ‘Concurrent Resolution for the Budget of 2017.’ We have special rules that when you pass the budget, that we may be able to repeal Obamacare, and I’m all for that.

But why should we vote on a budget that doesn’t represent our conservative view?

Because we’re in a hurry, we can’t be bothered, it’s just numbers. I was told again and again, ‘swallow it, take it, they’re just numbers.’

Paul vowed to oppose the budget as it is currently written.

Rand Paul will oppose the GOP's Obamacare repeal bc it blows up the deficit. Cruz, Lee, Rubio will not join him. https://t.co/CZEpC5sHPg

“That’s not why I spend time away from my family and from my medical practice, it’s because debt is consuming our country […] There is a time and place to debate Obamacare, and I’m willing to debate that, but this is a budget,” Paul said on Wednesday.

I will put forward a budget that freezes spending and balances the budget over a 5 year period. pic.twitter.com/nWRxeefFFz

The senator offered his solution to his problems with the current Republican budget.

On Monday, in an op-ed for Rare, Sen. Paul called for the repeal of Obamacare, but also for an immediate replacement.

“My fear is that if you leave part of Obamacare in place (the dictate that insurance companies must sell insurance to individuals with pre-existing conditions) then you will see an acceleration of adverse selection and ultimately mass bankruptcy of the healthcare insurance industry,” Paul wrote.

“Don’t misunderstand me. We should repeal Obamacare, but partial repeal will only accelerate the current chaos and may eventually lead to calls for a taxpayer bailout of insurance companies,” the senator warned.

“Partial repeal of Obamacare will likely win the day, but when the insurance companies come to Washington crying for a bailout don’t say that no one warned of this preventable disaster.”

Disclosure: I co-authored the 2011 book the Tea Party Goes to Washington with Sen. Rand Paul. 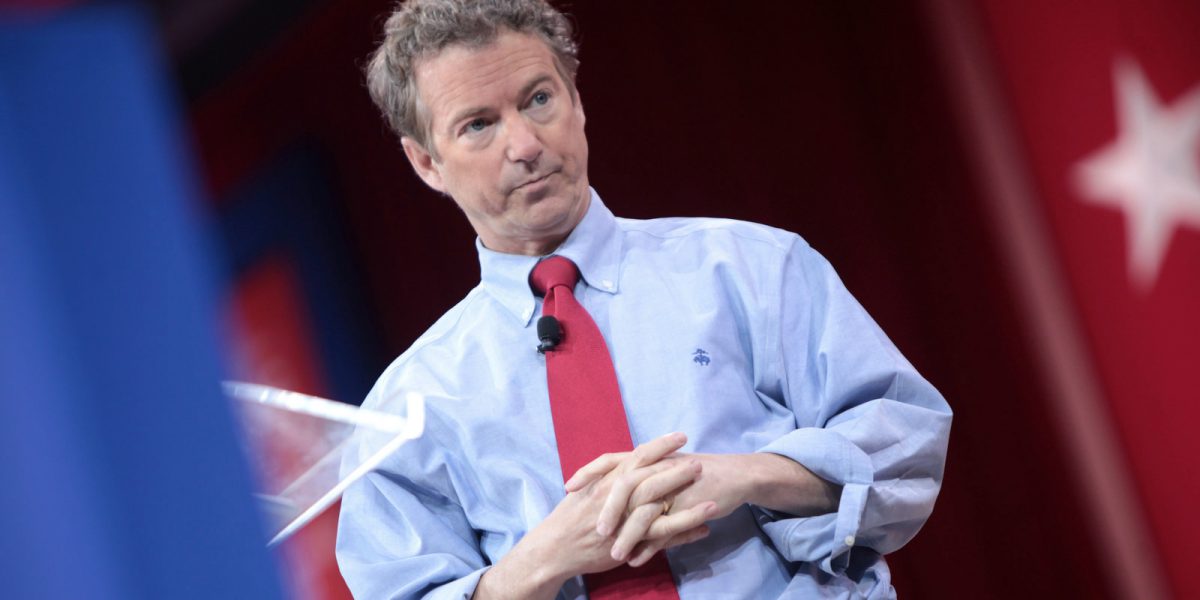