Rand Paul: “The establishment is very much opposed to shedding any sunlight on the Federal Reserve” 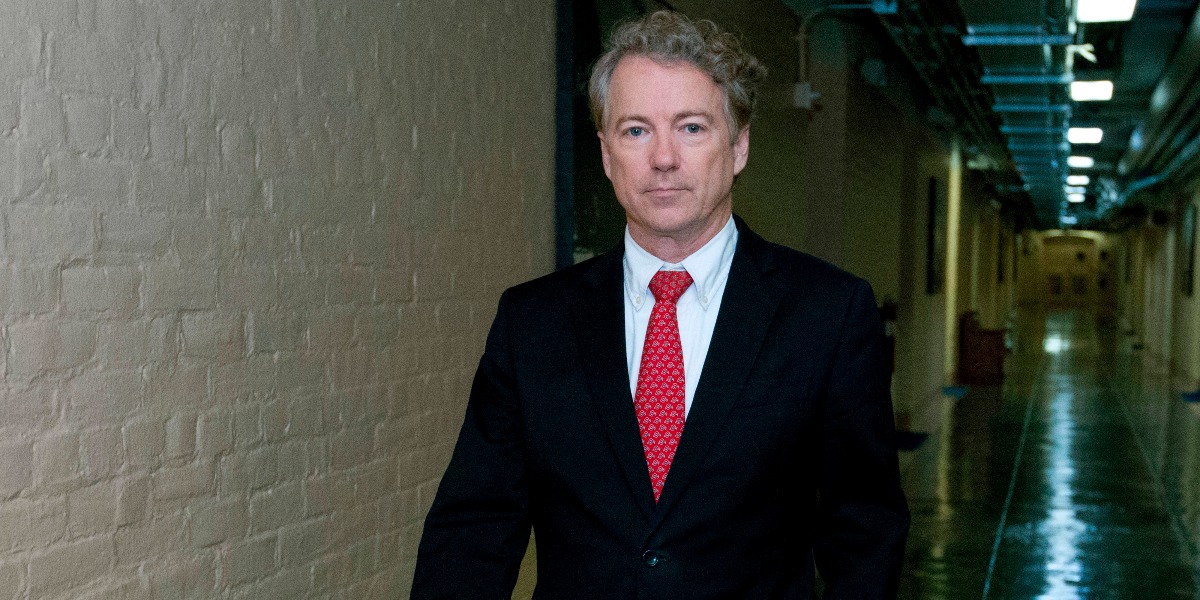 On Monday, Sen. Rand Paul (R-Ky.) introduced his Audit the Fed bill which “would authorize the first-ever thorough audit of the Federal Reserve System.” The bill is an amendment to financial reform legislation that is expected to be voted on in the Senate this week.

The history of attempts to shine sunlight on the Federal Reserve go back to 2009, when the senator’s father, Congressman and libertarian icon Ron Paul (R-Tx.) spearheaded the effort in the House joined by progressive Rep. Dennis Kucinich (D-Ohio), with the Senate legislation’s right and left support coming from conservative Jim DeMint (R-SC) and progressive Bernie Sanders (D-Vt.). The legislation has been introduced in various forms since with bipartisan support, and many believe Audit the Fed now has the best chance of becoming a reality under President Donald Trump.

Rare spoke with Sen. Paul on Tuesday about the need for this legislation, the harmful yet often hidden affects of the Fed on the economy, and why so much of the establishment is against a transparency measure that has often had majority support in Congress.

Rare: First things first: Why do we need to audit the Federal Reserve?

Rand Paul: I think the Federal Reserve is one of the most powerful agencies of government. I think it’s very, very secretive. I think they aren’t transparent. They aren’t responsive to the people. If you look at their track record, they haven’t done a very good job of preserving the value of the dollar. Over the last hundred years of their existence, they’ve probably destroyed 96-97 percent of the value of the dollar.

In addition, you have this boom and bust cycle, where we get going, the economy gets rip roaring, and the Federal Reserve keeps interest rates below the market rate of interest. So there is never any feedback loop to tell us that we’ve overproduced goods, or gotten too far gone into a boom. And then what we suffer is the repercussion of that, which is the bust or a crisis. That’s what happened in 2008, and this I largely blame on the Federal Reserve. So at the very least I think we need more sunlight.

My father, years ago, introduced Audit the Fed. It has since passed with overwhelming bipartisan support. I think one time it got 350 votes in the House. We had one vote in the Senate a few years ago where we got 37 votes. So I don’t think it will be as successful in the Senate. But I think it’s important that a bank this powerful not operate in secret and that the American people have oversight into what’s going on there.

Rare: Many people blame Wall Street and corporate America for, as you mentioned, the housing bubble the financial crash a decade ago. But the Federal Reserve’s complicity in that isn’t often a part of that conversation. Is part of your bill’s purpose to focus on the Fed as a culprit in ways that people don’t understand?

Rand Paul: I think an audit of the Fed would bring more attention to the Fed. The Fed wants to point its finger elsewhere and say it’s somebody else’s fault. But really I think the Federal Reserve is the primary culprit in this. Having an audit of the Fed would be a good first step in showing, one, how powerful they are, how secretive they are, but also in talking about what would be a better policy so we don’t have to suffer the recessions and depressions that come from the boom and bust cycle that comes from the Federal Reserve’s manipulating or fixing the interest rate.

Rare: You mentioned your father’s support for Audit the Fed years ago. At one time it was a fringe issue. Why do you think this has become a major conservative focus in the last decade or so?

Rand Paul: I think hard work, on the side of my father for years and years to keep pushing this, has helped him bring it to the forefront. I think his presidential run, talking about the Federal Reserve, brought it into the public view. And I’ve been surprised. Even when I first campaigned for office in 2009 and 2010, I would come across many people who were laborers or non-salaried workers who would come up to me and their primary concern was the Federal Reserve. The destruction of the dollar, and the bad influence on the economy. So yeah, I do think it has become much more a mainstream issue.

I do think that the establishment is very much opposed to shedding any sunlight on the Federal Reserve. One of the biggest opponents that we fight is the Federal Reserve themselves actually. They go out and they send both present and former governors out everywhere, writing op-eds, scaring people and saying that this would cause too much oversight and that they would lose their independence. I think it’s somewhat tragic that the Federal Reserve, which is a creation of government, then lobbies government against having an audit, and I really think it ought to be illegal, really, for government entities to lobby government to not be audited.

Rare: Many Federal reserve representatives and politicians claim that they already audit the Fed. What is your answer to that?

The woman who was the auditor said, ‘Oh, I don’t audit that. I don’t have any idea. That’s not part of my purview.’ And that’s precisely the point. Saying you audit salaries and somebody’s coffee purchases and food purchases is one-tenth of one one-thousandth of a percent of what we’re really talking about here. We want to know what are they buying and selling. Are they buying it from somebody that’s related to one of the Board of Governors? Are they buying it at a fair market price? Are they valuing it at a fair market price? What people were calling “marked to market,” does the Federal Reserve mark theirs to market?

So there’s all kinds of questions that can and should be asked. But the Federal Reserve, it’s a ruse and a canard for them to say that they actually have an audit. It’s a fake audit and what we want it is a real audit.

Rare: Do you have the votes, and do you think the best chance to audit the Fed might happen now under President Trump?

You know, at times the president has been supportive of auditing the Fed. He said so on the campaign. We haven’t heard it as much now and I’m not so sure exactly what will happen. I think he would sign the bill if we got it to his desk. I think we have to have 60 votes in the Senate to get this passed, and like I said, the last time we were sort of in the mid-30s. So we still have a few Republican holdouts and quite a few Democrat holdouts. Democrats though often tend to be a little bit more for oversight when there’s a Republican in the White House than they are when there’s a Democrat. So maybe we’ll get a few more votes this time. We’ll see.

Rare: Thanks for speaking with us today.