Rand Paul’s vote to confirm Jeff Sessions is indefensible on its face, but was it still the right move? 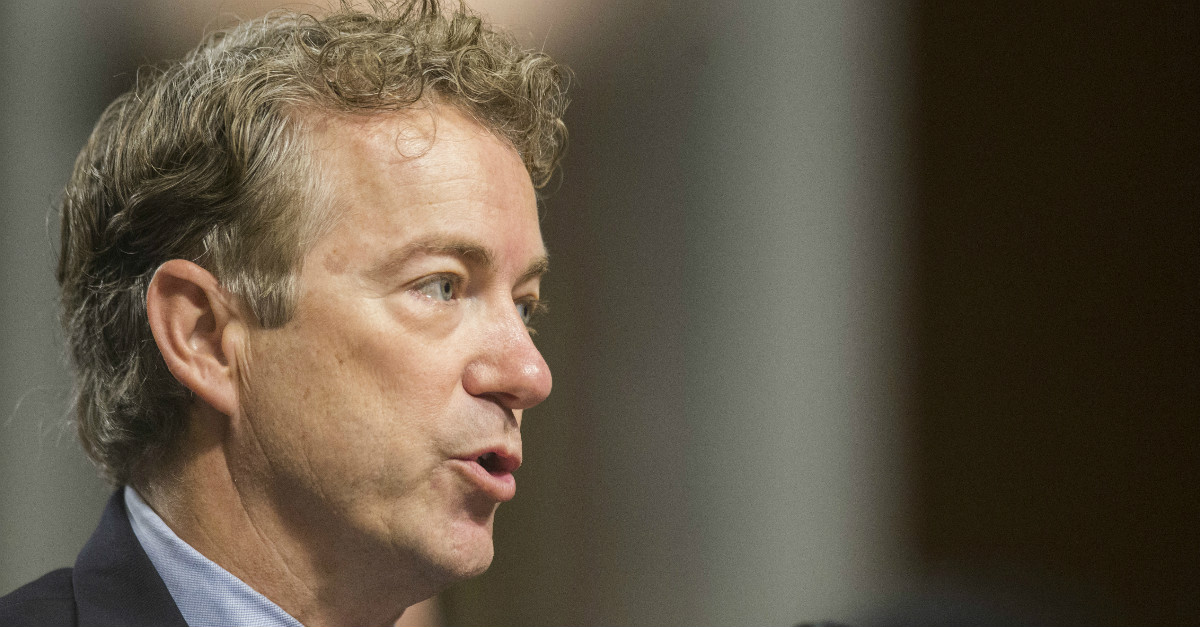 Sen. Rand Paul joined every other Republican senator to confirm Jeff Sessions as attorney general this week, a vote that angered many.

How could Sen. Paul — a libertarian-leaning Republican who has fought for criminal justice reform and against the war on drugs — confirm a staunch drug warrior who thinks civil asset forfeiture is a valuable tool? Sessions is a terrible choice for attorney general from a constitutional perspective.

Sen. Paul voted against President Obama’s nominee, Loretta Lynch, in 2015 precisely because she supported civil asset forfeiture — police literally stealing citizens’ property even if they haven’t been charged with anything — which she called “a wonderful tool.”

RELATED: Rand Paul: Do not let Elliott Abrams anywhere near the State Department

Paul’s Sessions vote seemed indefensible. Civil libertarians right and left made their displeasure known on social media in the wake of his confirmation.

The Kentucky senator was asked on Thursday why he voted for Sessions by the Washington Post’s David Weigel. ?This was a vote where I ended up voting for someone who was a colleague, who I knew,? Paul explained.

Someone he knew? What difference does that make?

A similar confusion for me and others occurred in November with Rep. Justin Amash, who, like Paul, is one of the most libertarian members of Congress. When Rep. Mike Pompeo was announced as Trump’s nominee to head the CIA, I immediately blasted the pick due to his support of torture and mass surveillance, and the fact that he wanted to execute Edward Snowden.

I know @RepMikePompeo. He's a great pick. Yes, we have our disagreements, but Mike will listen to our concerns and serve with integrity. https://t.co/DD9HOqyr7C

Libertarians favorable to Trump shared this with me to imply that maybe Pompeo wasn’t so bad, and others to imply that Amash wasn’t a true libertarian (too many libertarians’ favorite pastime is to read as many people as possible out of what they apparently want to be a very tiny movement).

Still, what was I not seeing that would make Amash so comfortable with a nominee who appeared so bad? Amash didn’t have to tweet this. As a congressman, he would not have to vote to confirm Pompeo.

Sen. Paul voted against Pompeo. He was the only Republican to do so. Paul also did not know Congressman Pompeo.

Did the fact that Paul feels like he can reach out to Sessions directly as a former senate colleague make a difference in how he voted? If Amash was pleased with the selection of Pompeo precisely because he felt like the new CIA director would “listen to our concerns,” is this also what Paul was thinking with his vote for Jeff Sessions?

Do you toss this consideration aside in a vote of defiance that won’t stop the confirmation — or do you try to use that leverage to move the new CIA head or AG in your direction?

Sessions’ confirmation was more high profile than Pompeo’s. Given this, should the senator have risked insulting a new president who has shown eagerness to work with him on Obamacare, who has appeared to follow the senator’s advice in rejecting neoconservatives John Bolton and Elliott Abrams at the State Department, and who might be the first president to sign Paul’s Audit the Fed bill into law?

At The Week, Jim Antle outlines what he believes are Paul’s correct priorities:

Trump is going to be a law-and-order president… But Trump doesn’t have to be a hawkish president. Paul understands this, and is picking his spots to oppose and prod Trump accordingly.

As a member of the Senate Foreign Relations Committee, Paul has more practical ability to stall or even circumvent nominees who would try to make the Trump foreign policy George W. Bush 2.0. (Note: As a SFRC member with an 11-10 Republican-Democratic split, Paul has the power to stop any foreign policy appointment, but not judiciary nominees like Sessions) But if Paul had voted against Sessions, the Alabama Republican would still have been confirmed. Paul would just have been the sole Republican on the side of Democrats who tried to assassinate Sessions’ character.

That last point is key, considering the popular perception of what Paul’s vote might have meant given the nature of Democrats’ protests of Sessions.

“(I)n Thursday?s conversation,” Weigel reported, “Paul repeatedly emphasized that any discussion of Sessions?s views got lost in the Democratic attacks. Sen. Elizabeth Warren?s viral, short-circuited speech against Sessions, in which the Democrat from Massachusetts quoted Coretta Scott King?s 1986 letter of opposition to Sessions as a judicial nominee, struck Paul as ‘personal’ and not based on ‘principle.?

?The thing is, I?ve seen pictures of him marching for voting rights with [congressman] John Lewis,” Paul said of Sessions. ‘He is for voting rights. There are things no one wants attached to their character, no person that I know wants to be called racist, or that you?re trying to prevent someone to vote.?

A libertarian friend of mine who loathes Jeff Sessions’ views on civil liberties yet grew up close to Alabama noted to me that he is overwhelmingly well-liked by his base, similar to the respect he commands in the senate. Many of his constituents and allies saw his confirmation process as ugly character assassination, close to what Paul described.

Do you take the risk of appearing to be the only Republican to join that anti-Sessions chorus, when it’s not even about the actual issues of concern anymore, and to the ultimate detriment of the civil liberties issues you care about most about to begin with?

None of these are considerations that can be easily dismissed if the ultimate goal is to advance a libertarian policy agenda. Sen. Rand Paul’s vote to confirm Jeff Sessions as attorney general is indefensible on its face. But the slightest scratch of that surface reveals a myriad of complicated questions directly related — and depending on what choices you make, potentially threatening — to the liberty agenda.

Picking your battles inevitably means not fighting some your allies believe you should. Some might say this is just playing politics.