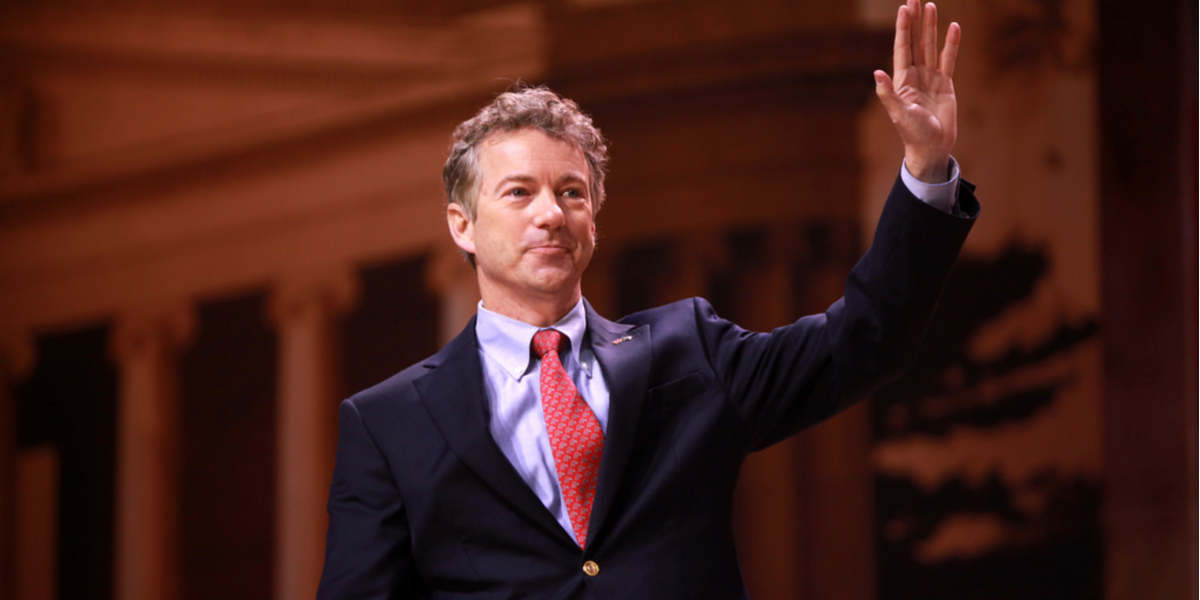 Five years ago, I was working for Senator Rand Paul and was frustrated.

Not with my job. I loved my job. I was working for the most high profile libertarian politician in the country (Ron Paul had retired), and it was an honor and thrill to help craft the liberty message on the biggest platform imaginable.

Yet, I was still frustrated by the lack of a high profile, journalistic outlet for the liberty movement.

I wanted us to have a media home base.

The neoconservatives had The Weekly Standard and Free Beacon. Conventional, more establishment-friendly conservatives had National Review and Wall Street Journal. The Tea Party grassroots had The Blaze, Breitbart, Daily Caller and other outlets. Social conservatives were firmly represented at most right-leaning outlets. You could also find libertarians at most, with the obvious exception of the neocon sites.

But there was no center-right outlet that comprehensively reflected the relatively new phenomenon within the conservative movement and Republican Party that was the liberty movement.

Let me be perfectly clear what I mean by “the liberty movement:” The explosion of interest in libertarian ideas and issues sparked by Ron Paul’s 2008 presidential campaign that continued to grow through his 2012 run; that produced vocal national libertarian political leaders in Rand Paul, Justin Amash and Thomas Massie; that spawned the largest center-right youth activist group in U.S. history, Young Americans for Liberty (formerly Students for Ron Paul); that significantly increased the ranks and reach of the more globally-focused Students for Liberty; that elevated issues like non-interventionist or realist foreign policy, the drug war, the Federal Reserve, constitutional rights, civil liberties, criminal justice reform, social tolerance and understanding—and above all else, inspired hundreds of thousands to substantively question the role and even validity of government, as opposed to settling for petty bickering over whether Republicans or Democrats are best suited to run a forever-expanding behemoth state.

Libertarianism had never experienced this kind of mass popularity or political relevance. Also, while largely rejecting the “false left/right paradigm” as a practical matter, this new surge of libertarian action was taking place almost entirely on the right, particularly within the Republican Party.

So why didn’t right-leaning libertarians have their own outlet?

(With apologies to my friends at Reason—one of my favorite magazines that unquestionably does some of the best liberty coverage around—but also has never tried to brand themselves conservative. Also with apologies to my friends at The American Conservative, arguably the most thoughtful liberty-friendly outlet around, yet still isn’t trying to be libertarian, per se).

Leaving Sen. Paul’s office in 2013, I would soon be hired at Rare.us, a broad-based general interest news and entertainment site owned by Cox Media Group where I would serve as politics editor.

For the next four-plus years, I set out to fill this journalistic ideological gap.

Recall the context: Not long after Rare began in 2013, the New York Times wondered if we were living in a “libertarian moment” in which Rand Paul was considered by many to be a top potential GOP presidential nominee. Rare was also there for the unexpected rise of Donald Trump that followed, exploring what his political ascension might mean for the future of liberty, good and ill.

In January 2017, I published a 10,000-word essay exploring “The Liberty Movement in the Trump Era,” as the new president took office, something I felt compelled to write and was glad many found value in it. I can’t imagine what other outlet would have published it.

Many fans and critics have wondered why I place such an emphasis on figures, particularly Rand Paul (Reason’s Matt Welch once described Rare as “Randphilic”). Because I believe ideological movements, right or left, are almost always embodied by figures. National Review rallied around Barry Goldwater in the 1960s and Ronald Reagan in the 1970s and ‘80s for a reason. Did socialism get a fairer hearing than it deserved in the 2016 election for purely philosophical reasons, or did the popularity of Bernie Sanders have something to do with it? Were millions of voters clamoring for nationalism and populism, or did the rise of Donald Trump have something to do with it?

Even Reason could fairly be described as “Gary Johnsonphilic,” not because it was some propaganda machine for his presidential run (it wasn’t, to be clear. I even supported Johnson), but because his brand of libertarianism best embodied their own. What were National Review and the Weekly Standard from 2000-08 if not “George W. Bushphilic?” MSNBC was “Obamaphilic” for most of the last decade. Breitbart is certainly “Trumphilic” today.

I firmly believe human beings are wired to contemplate political or philosophical ideas best and primarily through figures—and there is nothing wrong with this.

Ron and Rand Paul are the Goldwaters, Reagans, Sanders and Trumps of the liberty movement. They are not the only figures that embody our movement, but have been the primary ones.

With the rise of Trump, some wonder if the liberty movement has been obscured to the point of irrelevancy. This would be easier to argue if Rand Paul wasn’t constantly on the senate floor, on television and radio, writing op-eds and everywhere else impacting our broader politics from a liberty perspective. Sen. Paul still has an ideological constituency, however great or small (I would argue Sen. Paul has a larger constituency than anti-liberty neoconservative favorite Sen. Tom Cotton, who gets plenty of press from his hawkish friends).

When Rand Paul’s father would wave the libertarian flag in the House prior to 2008, most Americans were unaware. Ron Paul’s presidential runs would later make them keenly aware of his presence and what he stood for.

Today, when Ron Paul’s son waves his liberty flag in the U.S. Senate, the President of the United States often feels compelled to tweet about it.

This dynamic would have been unthinkable for libertarians of any stripe a decade ago, particularly when so many of them eschewed politics altogether.

Movements die. But the liberty movement—based on what we know about the ebb and flow of most political movements and the state of ours today—will, in all likelihood, still be here.

Current reality is never forever reality. If Rand Paul, or Justin Amash, or Thomas Massie, or Glenn Jacobs, or Eric Brakey, or Rebekah Bydlak, or Austin Petersen—or any of the 30 state-level liberty candidates Young Americans for Liberty is supporting in 2018 alone—one day became president and reshaped the Republican Party similar to how Trump currently is, that too would not be a cemented new normal. Politics is not an endeavor where you win, spike the ball and go home the victor. It’s eternal vigilance.

That we’re still here today—ten years and counting—is arguably more crucial than ever. As a more authoritarian and intolerant left, and a more authoritarian and intolerant right fill out the hard flanks of each end of the ideological spectrum, it is libertarianism that combats both best by promoting a more positive agenda that radically challenges the political establishment and dark extremism simultaneously. Long after the social justice warriors and alt-right are seen as embarrassing relics of the early 21st century—whether due to lack of organization, structural institutions, or most likely, public fatigue and disgust—we will still be here.

Unfortunately, Rare will not.

This will be the last Rare Liberty post you will read from me or any other contributor under the URL “Rare.us.” I thank Cox Media Group, our wonderful and talented staff, and particularly my bosses, Will Alford and Leon Levitt, for giving me the opportunity to promote liberty on such a grand platform the last four years. I’m forever grateful.

I thank each and every one of you who ever read or shared a story, or had a kind word about Rare.

That said, my frustration remains. The liberty movement still needs a media voice.

I haven’t changed my mind about that.