When it was announced that Fox News liberal pundit Alan Colmes passed away on Thursday, I couldn’t help but recall one of my all-time favorite memories of him.

The scene was the 2008 election. Congressman Ron Paul’s presidential campaign had begun to gather significant grassroots momentum, and the Republican’s libertarian brand irritated not only most of the GOP – which then was still staunchly in the Bush-Cheney Iraq War defense mode – but Paul’s growing popularity seemed to get under the skin of Sean Hannity.

Especially when Paul kept winning Fox News presidential polls, something Colmes would report with a tinge of glee.

The more this irritated Hannity, the more Colmes seemed amused by it. See for yourself in the short clip below:

“Here we go again,” Hannity says in the clip, talking over Colmes, “It’s driving me crazy.”

In a separate segment, Colmes continued to report that Paul is winning and Hannity protested, “Wait, wait, wait, you know what? They’re redialing by the second.”

Was Hannity saying that Fox News’ own poll, his poll, in a sense, was rigged and of no value?

When the three men shared the television screen during the election, it was often liberal Colmes who was warm to Paul’s antiwar views to Hannity’s chagrin.

Regardless, Ron Paul always seemed amused by Hannity’s antipathy toward him, but Hannity’s longtime friend, Colmes, perhaps even more so.

“It’s like a part of me left today,” Hannity said on Thursday of his friend’s death. “It’s been a really tough day.”

RIP Alan Colmes, and thanks for the memories. 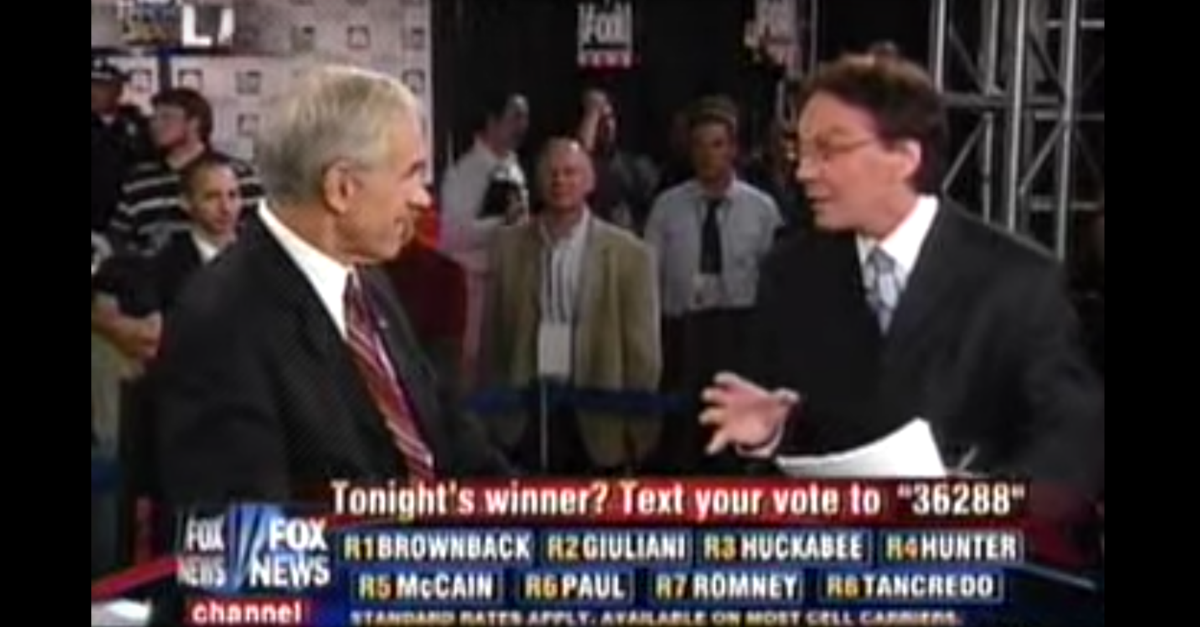